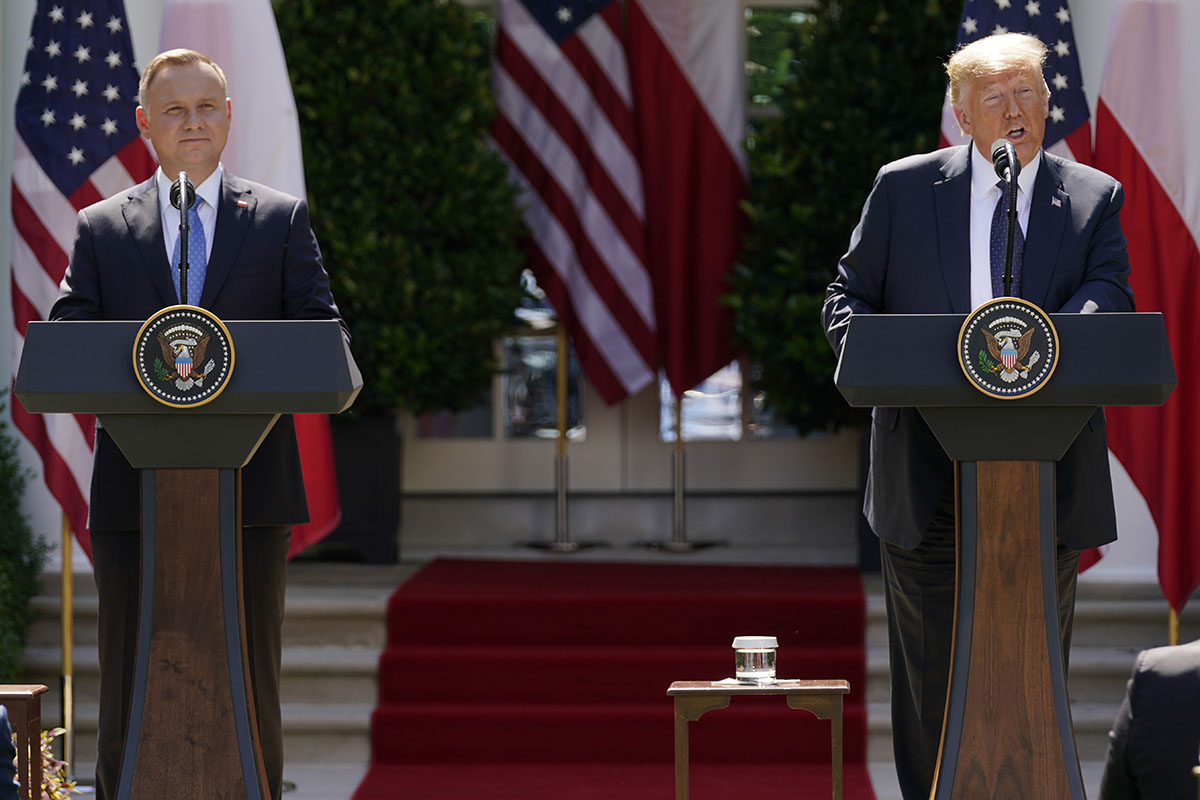 US President Donald Trump, Hungarian PM Viktor Orban and British PM Boris Johnson were among the many world leaders who offered their congratulations to Poland’s president on his re-election.

President Donald Trump emphasized that he is counting on continued Polish-American cooperation within many areas:

Congratulations to my friend President @AndrzejDuda of Poland on his historic re-election! Looking forward to continuing our important work together across many issues, including defense, trade, energy, and telecommunications security!

PM Viktor Orban sent a congratulatory letter to Andrzej Duda after the elections in which he emphasized Polish-Hungarian friendship and cooperation in Central Europe:

“Owing to the tight and efficient cooperation in the last years, the Polish-Hungarian bonds of friendship have become the engine of Central European cooperation and a major factor of European policy. Your victory has a fundamental meaning in terms of the future success of our joint efforts in strengthening Central Europe.”

Orban assured the Polish president that the Hungarian government will also heavily engage in deepening the friendship between Poland and Hungary.

He also wished Duda many successes, health and good luck in undertaking the Visegrad Four presidency which started on July 1.

Ukrainian president Volodymyr Zelensky wrote his congratulations and wishes for Duda in both Polish and Ukrainian:

“I sincerely congratulate Mr. President Andrzej Duda on his victory. I wish Poland further success and prosperity under your leadership. I invite you to Ukraine, so we may continue our fruitful cooperation. We are stronger together!”

Matteo Salvini, the leader of Italy’s Northern League party, expressed his best wishes for both Andrzej Duda and Jarosław Kaczyński:

“Congratulations to President Andrzej Sebastian Duda and Jarosław Aleksander Kaczyński: Poland has chosen continuation. We will continue to see the country as an honest and valuable ally.”

Congratulations to @AndrzejDuda on your re-election as President of Poland. The UK and Poland have a long, shared history and friendship in Europe, NATO and elsewhere. I look forward to that continuing as we face the challenges and opportunities ahead.

Former Polish PM and President of the European Council Donald Tusk did not offer his congratulations.

Only on Tuesday did he post an entry on Twitter and did not hide his dissatisfaction with the results of the presidential elections. The former leader of Civic Platform declared that there was no such thing as “bad voters” and that opposition politicians should focus on fighting a “corrupt and aggressive government.”

“There are no bad voters. There is only a bad, corrupt and aggressive government which divides to rule. We should fight it and not each other,” Tusk wrote.