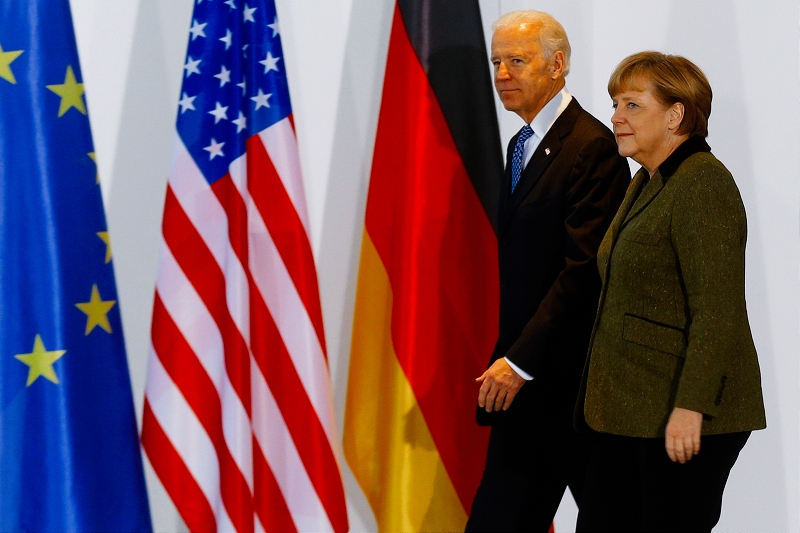 German Chancellor Angela Merkel did not hide her satisfaction at her meeting with President Joe Biden during the G7 summit in Cornwall.

The closeness of the ties now being established seems to confirm the remarks made by Polish Foreign Minister Zbigniew Rau that the US now views Europe through German eyes and interests. He also felt that the US was being drawn into a German style approach to Russia as a result.

The White House is determined to continue to warm relations with Germany that had become very cool during the Trump years.

Biden and Merkel agreed that keeping gas transit through Ukraine is a priority for them both, and they would be discussing the matter during Merkel’s visit to the White House in July. That transit arrangement expires in 2024.

Diplomatic sources acknowledge that Berlin’s promises of taking account of Ukraine’s transit interests are not new. It is all rather “mood music” to enable Biden to take on Congress where there is support for sanctions against the pipeline. Even although Putin has announced that the first thread of the pipeline is complete and the second will be so in two months’ time, there is still certification and insurance to be completed, and that still gives Congress a chance to put up roadblocks.

Biden, according to diplomatic sources, is prepared to play the role of go-between between Berlin and Congress as he believes that compromise over Nord Stream 2 is a compromise worth paying for the sake of good relations with Germany.

Guarantees offered by Moscow have often not been honored, as Kiev can testify. Nord Stream 2 will enable Germany to receive gas at prices lower than those available from US LNG exports.

But the price for this deal is politically dear: disunity in Europe, lack of consistency in defending democratic values as well as Russia’s continued aggression against Ukraine, its imprisonment of Navalny, and support for the Lukashenko dictatorship.

In other words, appeasement of an increasingly wayward regime in Moscow.

It is clear what Biden wants support on China in exchange from Germany, however, he may be disappointed.

Germany, France and Italy are very cautious over upsetting China. China was also featured high up the agenda of the NATO summit.

And although Poland wants NATO to become a global alliance, it does not want to see the alliance treat China in the same way as it treats Russia.