The president of Poland, Andrzej Duda, praised Biden for initiating the meetings with him and also with the heads of the Baltic states and Romania 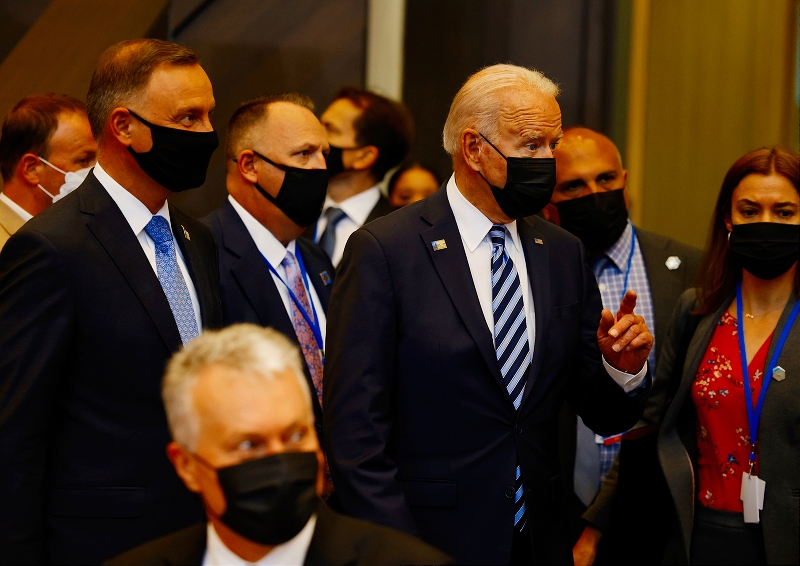 Facing criticism for the lack of consultation with Central Europe and the Baltic states over waiving sanctions on the Russian-German Nord Stream 2 gas pipeline, U.S. President Joe Biden initiated meetings with Polish President Andrzej Duda as well as the presidents of the Baltic States and the president of Romania.

Asked about his meeting with Biden, Duda said that the American head of state sought to reassure that he was a careful observer of the security situation in the region of Central and Eastern Europe. The meeting took place during Monday’s NATO summit in Brussels.

Duda praised Biden for initiating the meetings with him and also with the heads of the Baltic states and Romania. According to Duda, this showed that “cooperation with the USA is alive and that President Biden, who as he himself emphasized, is one of the architects of the security system in our part of Europe is calmly but with great care monitoring the security situation in our part of the world.”

Answering questions on the outcome of the NATO summit, Duda said that there was always room for improvement.

“I am a maximalist. This is why I would want to see more allied forces in my country so that their presence is even stronger. But we all live within the parameters of reality and understand that this is a process and that it is also up to us to ensure that we do what we can to modernize our own armed forces so that we can do more to guarantee our own security.”

The Polish president stressed that on his watch, US-Polish cooperation has been exemplary. He noted that it was in Warsaw in 2016 under former President Barack Obama that the decision to create the NATO presence on the eastern flank was made.

Duda reminded that U.S. military presence was accompanied by strategic decisions, such as placing the command of the 5th corps in Poznan, Poland. He acknowledged that Biden was well aware of the security challenges in Central and Eastern Europe, as Biden had been actively involved in making Polish and Central European accession to NATO a reality.

Poland’s head of state emphasized that apart from military cooperation and deterrence, the two presidents discussed relations with Russia.

“We expect to be informed on the meeting with President Putin, as has been promised,” concluded Duda.