The statue, targeted by jihadists, has made a long and perilous journey from Iraq to Italy 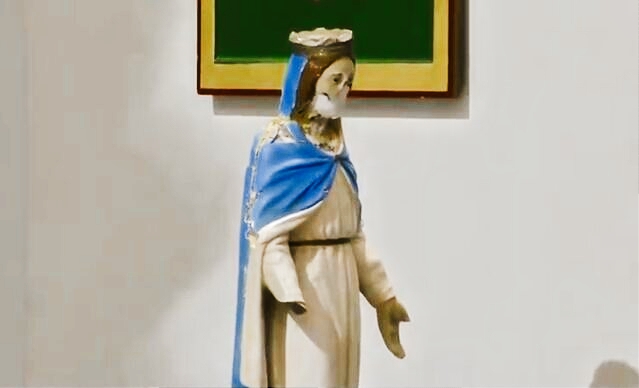 A figure of the Virgin Mary, which was partially destroyed by jihadists in Iraq, has made its way to Italy and serves as a symbol of the suffering endured by the Catholics in that country.

Thanks to an initiative taken by the organization Aid for Churches in Need, the statue has arrived in Italy from the city of Batnaya, the place from which 5,000 Catholics were ejected by Islamic state fighters.

The statue, which had the face and hand destroyed, will now tour Italy accompanying prayers for Iraqi Catholics.

The statue has been restored by an artist from the St. Paul’s parish in Giussano, but efforts were also made to leave evidence of the disfigurement.

“The peregrination will be accompanied by testimonies by priests and faithful who faced the pogrom from Islamic state” says priest Giuseppe Corbari from that parish.

“The statue, which is over a meter high, bore witness to cries and prayers for mercy for persecuted Christians in Iraq. It witnessed the destruction of these communities. To see it is to participate in an act of communion with the persecuted Christians, to pray for them and to express gratitude for their testimony of faith, it should bear fruit of conversion and teaching us not to fear and to defend our faith, even in places where Christ is still not known or is abused,” added Father Corbari.

Liberated from ISIS on October 24th 2016, the town of #Batnaya is still suffering from neglect, despite the return of about 180 families #Iraq

The peregrination this June will provide a foretaste of a longer one planned in September and which will take the statue all over Italy. It will highlight the destruction suffered by churches in Iraq and the way sacrilege was committed against articles of faith.

The papal organization responsible will also be raising funds for the rebuilding of church infrastructure after the jihadist assault.