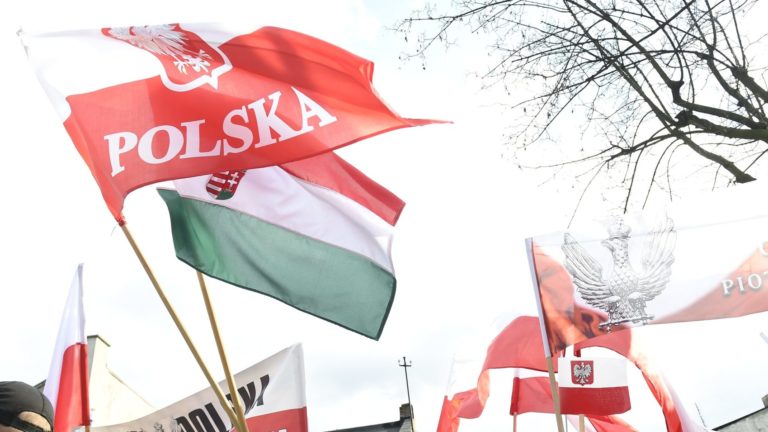 Both Hungary and Poland regained their independence after World War I, but the experience was quite different for each.

In the case of Poland, this was preceded by 123 years during which the country was divided between three adjacent empires: Russia, Prussia – which during this period became Germany – and the Habsburg monarchy. But the Poles never stopped to fight for their independence – even if the revolts always ended in bloody repression.

During World War I in 1917, the Polish Legions established by Józef Piłsudski withdrew their support to the Central Powers and as a result he was thrown in jail. It was Roman Dmowski who afterwards created the famous “Blue Army” in France, which fought on the Entente side – and was subsequently rewarded for it with independence.

Hungary’s story is quite different. After the Ottoman invasion and the occupation of Buda, the country was split into three. The central part was under Turkish rule, Transylvania was nominally independent but a vassal to the Turks, while the northwestern part was grabbed by the Habsburg empire.

After the Ottoman empire was defeated, Hungarians continued to fight for national independence. During World War I, Hungary – faced with separatist national movements – had no choice but to side with the Central Powers. This ultimately led to it losing a significant part of its territory after the war.

Thus, while it is factually true that both countries regained their independence after World War I, these had been very different experiences. While for the Poles it was unbridled joy, it was a tragedy for Hungarians.

Now, at the beginning of the 21st century the two countries continue to fulfill their historic mission of protecting Christian Europe against the Tatars, Turks, Russians, Soviets and Nazism. Only now the greatest enemies of Poland and Hungary are Jean-Claude Juncker, Angela Merkel and Emmanuel Macron.

For us Poles living in Hungary – as for all Poles anywhere – the reconquest of independence is a great celebration that is overshadowed by the fact that it is inextricably linked to the tragedy of our Hungarian friends.