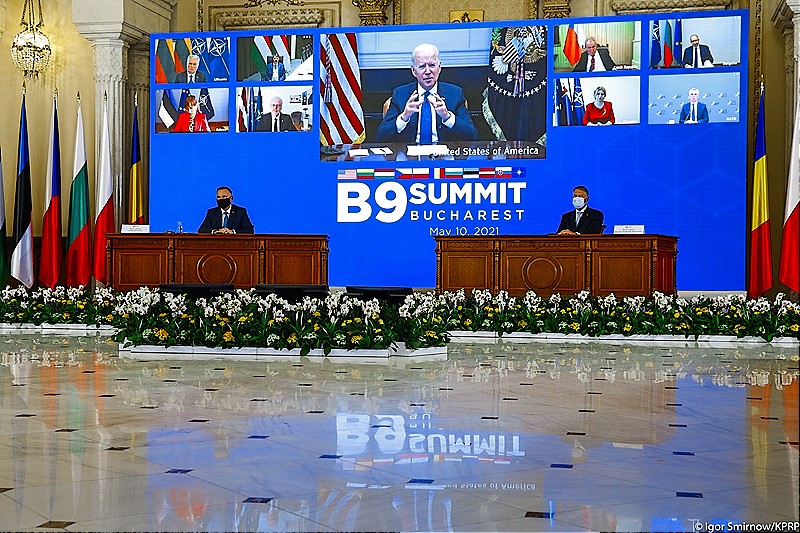 Russia is maintaining 80,000 troops on Ukraine’s eastern border, so the US in turn wants to show Russia that Ukraine has loyal allies west of its border. The actions on the part of the US regarding Ukraine are leading to a thaw in relations between Warsaw and Washington.

Half a year has passed — this is how long Polish President Andrzej Duda has been waiting for a meeting with US President Joe Biden. Although Duda took part in an online climate summit that involved Biden and 40 other leaders, there was no real interaction between the two presidents and the most important topic for Poland in relations with the US was not touched on: security.

In the middle of March, the presidential palace in Warsaw decided that this impasse cannot be broken in bilateral relations. Therefore, the idea was introduced to invite Joe Biden to the Bucharest Nine summit on May 10 alongside Romanian President Klaus Iohannis.

“The radical wing of the Democratic Party, including influence from the Washington Post, New York Times and Anne Applebaum herself [privately the wife of Radosław Sikorski, the former Polish froeign minister in Donald Tusk’s government], has been pressuring the US administration to not show any friendly gestures to Poland. Nevertheless, among the participants of the Bucharest summit were several favorites of the liberal West: Slovakian President Zuzana Caputova, Estonian President Kersti Kaljulaid and Iohannis himself. This helped break the White House’s hesitation,” diplomatic sources told Rzeczpospolita.

According to our sources, Biden’s positive response was finally sent at the end of last week. Duda had already decided by then that he will fly to Bucharest, although the remaining participants of the summit, including NATO Secretary General Jens Stoltenberg and Secretary of State Antony Blinken, were to take part remotely.

The main reason for Biden’s participation in the summit, however, is the great game that he has undertaken with Russia. Prior to a planned upcoming summit with Vladimir Putin, which has no set date, Biden wanted to show that he too has a powerful instrument to influence the situation in Ukraine in the form of loyal allies on NATO’s Eastern flank. What’s more, the Defense-Europe 21 military exercises which have engaged 30,000 troops, are being conducted simultaneous to the summit.