13,000 migrants have landed ion the island this year 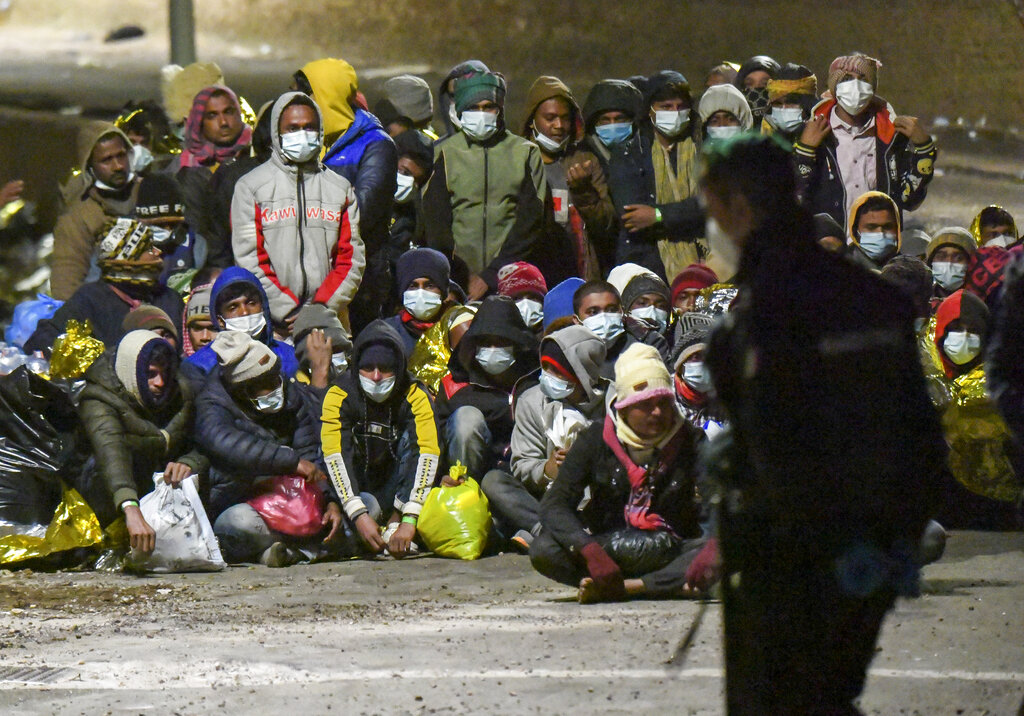 We are urging a similar defense to other European countries from Prime Minister Mario Draghi, Matteo Salvini said on Monday after another 2,000 migrants arrived on the island of Lampedusa last weekend. The conservative politician stressed that an independent national decision would be needed, as Italy cannot wait for the solidarity and cooperation of the other member states, as it did with the vaccine.

The situation is growing worse in Lampedusa. In a matter of hours, 16 boats arrived on the Italian coast over the weekend. Another thousand migrants landed on Lampedusa on Sunday, but in a short time their number has increased to 2,128. In the night hours, another 600 and then 350 migrants reached the island.

A total of 20 ships set sail for Europe over the weekend, one of which suffered a shipwreck in which five lost their lives. The Mediterranean migration route has again become a busy corridor, with migrants from the Libyan coast bordering Tunisia not only arriving from Africa but also from Asia, Pakistan and Syria. The Lampedusa reception center, which can accommodate 502 people, currently has at least 2,000 people.

Since the beginning of the year, 13,000 illegal immigrants have set out to seek better fortunes in Italy, and the improving spring weather further encourages this trend. It is also clear that the pressure will increase further if the government does not put in place restrictive measures to alleviate the phenomenon, but there is no consensus in the Italian government on how to tackle the migration crisis and tensions between coalition partners may paralyze it.

Both the right-wing League and the left-wing Democratic Party are demanding a new migration policy from Draghi, who has exceptional prestige at the European level. Interior Minister Luciana Lamorgese continues to hope for solidarity between member states and sees the solution in a voluntary distribution mechanism. Democratic Party Secretary-General Enrico Letta said a maritime mission called Irini, which controls human trafficking and an arms embargo in Libya, should be involved in saving lives in the Mediterranean. He also stressed that it was time for the redistribution system, which had hitherto existed only on paper, to come into practice.

“We are urging a similar defense from other European countries from Prime Minister Mario Draghi,” Matteo Salvini, president of the League, told the press. According to the former interior minister, an independent decision would be needed, as Italy cannot wait for solidarity and cooperation of the other member states.

“The situation is unsustainable, and resolving the immigration crisis is a matter of political determination. No country is under as much pressure as Italy, yet we are left to our own resources,” said Salvini, who had previously shown, as minister of interior, that drastic measures can be taken to reduce migratory pressure.

The Brothers of Italy party (FdI), led by Giorgia Meloni, which remained in the opposition, demanded that the government set up an immediate blockade to stop mass immigration. According to Meloni, it is time to talk openly about the migration crisis in Italy, which is the responsibility of Interior Minister Luciana Lamorgese.

Title image: Migrants wearing face masks to curb the spread of COVID-19 wait at a pier on the Sicilian island of Lampedusa, southern Italy, Monday, May 10, 2021. Several hundred more migrants reached the tiny Italian island before dawn on Monday, swelling to past 2,100 the number of arrivals in around 24 hours and fueling calls from across the political spectrum for the Italian government to strengthen its migration policies. (AP Photo/Salvatore Cavalli)