Opinion: The Polish opposition’s hopes for government failure in defeating the pandemic are increasingly delusional 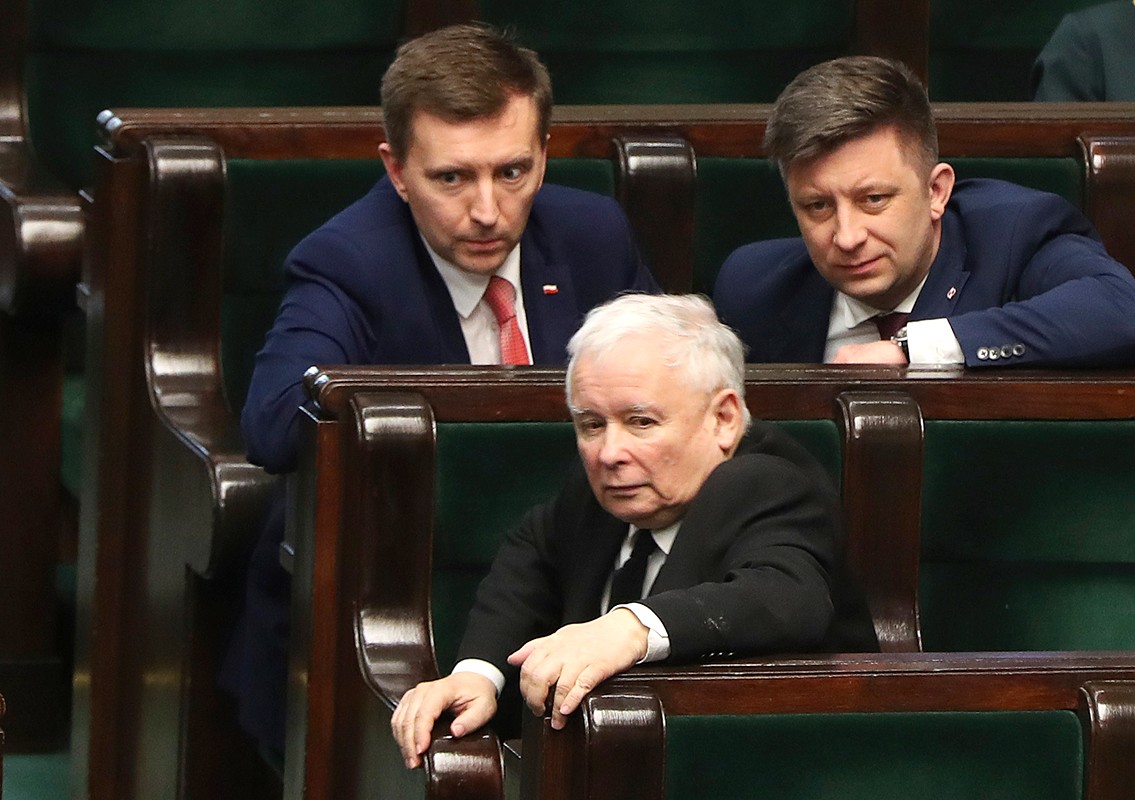 If we can speak about any kind of political massacre, its shadow is hanging over the opposition, which is unable to find a path to the hearts and imaginations of Poles in midst of the pandemic. This was especially proven by recent Institute for Social Research and Market IBRiS surveys conducted between March 19-20.

Although the results did not confirm that people have total confidence in the ruling government when it comes to the pandemic, they gave the opposition a total zero in this category.

The majority of Poles put their trust and confidence in doctors, and most of them try to remain politically neutral. Therefore, the administration which is actually fighting the pandemic is scoring more points than the idle opposition which doesn’t have much to say.

This is a hard pill of harsh truths for the opposition to not only swallow, but digest. Maybe then they will draw some conclusions. Otherwise, in late fall when we will collectively have enough vaccinated individuals in the population, the government will announce without obstruction the end of the pandemic and its polling will skyrocket, and the early elections that I foresee, will then make sense for Law and Justice (PiS). The closer we are to that date, the lower the chance is of the current administration collapsing. After all, they are the only ones with the tools to combat the virus.

What does Minister Michał Dworczyk have to do with all of this? On April 1, registration for vaccinations for all volunteers was opened in Poland for several hours. This was later explained as a “system error” for which Dworczyk took responsibility. Despite opposition claims that he is the “father of chaos”, a significant part of my peers believe that Dworczyk behaved rationally and courageously. If we have broader possibilities for vaccinations, new supplies of vaccines are arriving and older groups of Poles are not active enough in getting vaccinated, then why not vaccinate those who are waiting to do so?

In this case, by loosening restrictions and allowing younger people, for example, to get vaccinated, Dworczyk reached out to those willing to receive a vaccination. Only the lack of internal communication accidentally revealed by Health Minister Adam Niedzielski showed that someone in the government was outraged and stopped the operation.

Now, what about Jarosław Kaczyński, the actual father of this storm? He is most definitely uncomfortable with his coalition partners. Zbigniew Ziobro is rising among the radical electorate and Jarosław Gowin overcame his party’s internal crisis. Their independence must be hurting Kaczyński increasingly more, as he no longer has an efficient majority in parliament and has been forced to scrape votes when it comes to voting on important issues. Kaczyński does not like doing this.

Ziobro has been publicly accusing PiS of betraying common values. Gowin has been raising the matter of PiS breaking their coalition agreement and voices concerning his party’s chances in the opposition have been constantly appearing.

This is not a stable ground for ruling and Kaczyński, along with his party, are aware of this. New elections would help, but PiS’ leader will conduct them only when calculations will give him a certain victory. This would be in fall or next spring.

Public television (TVP) announcing a triumph in fighting Covid-19 and a propaganda drive involving the National Recovery Plan and social promises financially supported by the EU are fertile grounds for an election success. This would let PiS rebound into independent governing and maintain sinecures and influence in the public sphere. The plan is risky, but thanks to people such as Dworczyk, it is becoming increasingly real.

The opposition should be wary, because hoping for the government’s failure in fighting the pandemic is becoming increasingly delusional.