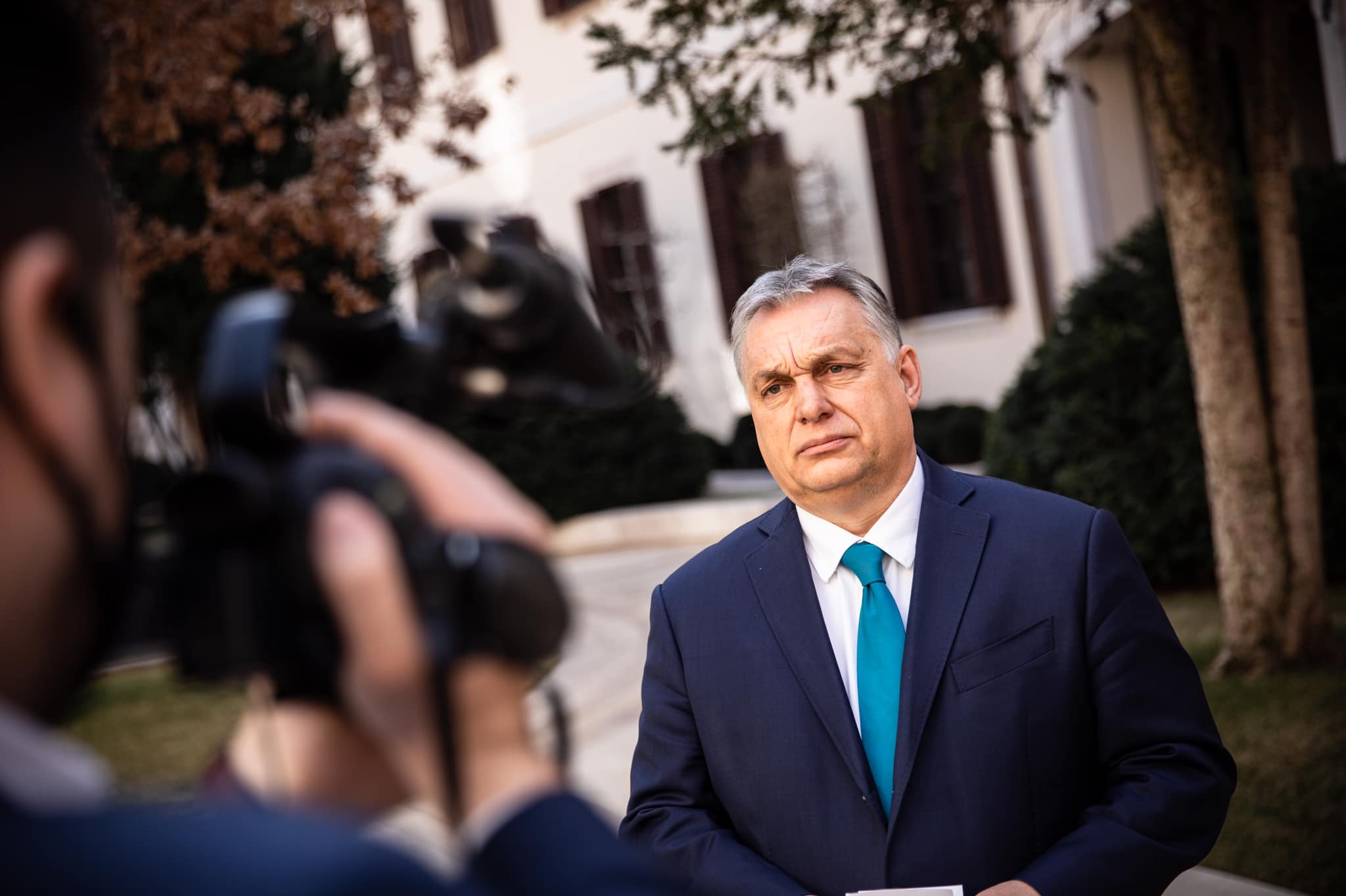 In an exceptionally candid letter sent by Hungarian Prime Minister Viktor Orban to European People’s Party leader Manfred Weber, Orbán warned that if the EPP were to accept new rules drafted at a meeting on February 26, his Fidesz party would leave the European Parliament group.

The letter was posted to Twitter by Katalin Novák, secretary of state for Family and Youth Affairs and vice president of Fidesz responsible for international affairs, with the comment that “it’s unacceptable that while Europe is fighting to save lives & our main priority is to protect our citizens, some in the @EPP are busy trying to exclude Fidesz from @EPPGroup. They have no majority under current rules so they tailor made retroactive rules to expel us. Good-bye, RoL [Rule of Law]?”

During the meeting on Friday, some EPP MEPs drafted a proposal that would make it easier to expel Fidesz from their ranks, something for which they do not have the required numbers under current rules. Fidesz, the party of the Hungarian government, is currently suspended in the EPP with voting rights withdrawn. The incident that reportedly triggered the suspension was a poster campaign in which the then President of the European Commission Jean-Cluade Juncker was pictured in a negative context with billionaire American George Soros. Criticism of the negative depiction of a sitting EU official, who was nominated by the EPP, served as a pretext for the suspension of Orbán’s party from the EPP, yet many believe that the real reasons can be found in the EPP’s gradual shift to the left, and Orbán’s refusal to follow the course set by Weber.

Orbán’s letter itself seems to confirm this. In a direct reference to Weber, the letter starts by saying that “the European People’s Party has been facing a crisis of leadership and policy direction”. The prime minister calls for a return to the spirit of Wilfried Martens, co-founder of the EPP, who managed to unite the European right and center-right parties into a nation-oriented group that formed the foundation of the EPP.

In his letter, Orbán accuses the leadership of the EPP of speed-tracking a change in the party’s internal regulations that is tailor-made for a single purpose, that is, the expulsion of Fidesz MEPs from the group. If such a manipulative redrawing of the rules would get the vote of the majority of EPP members, Fidesz would leave the group, warns Orbán.

As he points out, the most disconcerting aspect of the concentration of so much time and resources on political infighting is that Europe is in the middle of an unprecedented crisis brought about by the coronavirus pandemic. “In each country we are fighting a life-and-death struggle day and night,” Orbán writes. “These times call for cooperation, joint efforts, tolerance, and patience. It is more than difficult to accept revising long-ago existing rules on the functioning of the EPP Group as a matter of urgency.”

Orbán also reminds Weber that his party has the strongest democratic mandate by share of the vote among their citizens, as Fidesz has received the vote of 1.8 million Hungarians, reaching 52 percent share of seats in the Hungarian parliament. It is safe to say that Fidesz’s coalition partners, the Christian Democratic People’s Party (KDNP), would also leave the EPP, should Orbán’s party decide to leave. Other parties, dissatisfied with the leftward shift of the EPP, may also follow suit.

The tensions between the traditionally conservative center-right Fidesz and more left-leaning members of the EPP, who are often in coalition with green or left-wing political movements in their home countries, such as Angela Merkel’s Christian Democratic Union (CDU), have been simmering for years, but have become significantly amplified since the 2015 migrant crisis, when the Hungarian government took a strong stance against the EU’s open borders policy.

However, an important factor behind the current development are the irreconcilable differences between the visions of the two leaders regarding the direction of the EPP. The differences between Orbán and Weber reached a low point in March 2019 during the debate about Fidesz’s suspension from the group, and culminated in Orbán withdrawing his support for Weber as a candidate for president of the European Commission. As a result, along with several other factors, Weber failed to be elected president of the European Commission, despite being formally nominated by the EPP as its lead candidate (spitzenkandidate).