Macron tries to silence non-conformist media in France, but French MSM only worries about lack of media pluralism in Hungary 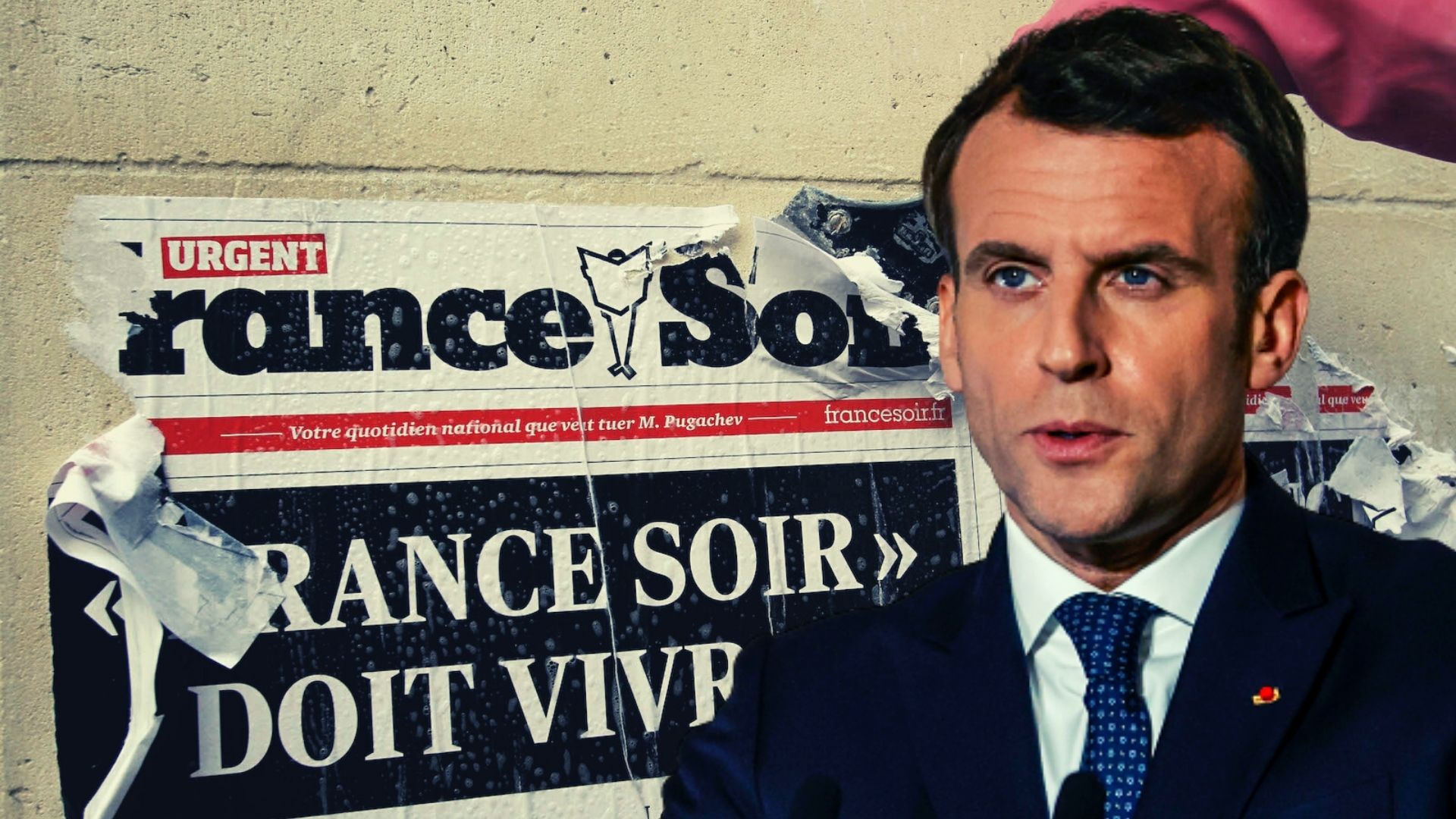 On Jan. 29, French Minister of Culture Roselyne Bachelot announced that she had requested the re-examination of the status of “political and general information” website from which the online medium France Soir benefits.

France Soir was formerly a daily print newspaper that dated back to 1944. In 2013, it shifted to being an online news website only. Being recognized as a “political and general information” website entitles it, as in the case of other online publications of this type, to some tax benefits and subsidies. Such financial support is supposed to promote media pluralism in France and their independence from major advertisers.

But that is the theory because when a newspaper or news site displeases the government, it is stripped of aid under various pretexts. At the same time, the newspapers of the big oligarchs that are closer to the government — the owners of Le Monde, Libération, and Le Figaro, for example — or the communist newspaper L’Humanité benefit from uninterrupted financial support.

It looks like French-style media pluralism works from the center-right to the far left while excluding right-wing media outlets that are conservative, sovereignist, anti-immigrant, anti-abortion, anti-health restrictions in the face of Covid-19, and so on. It is as if the only opposition allowed to Macron is that of the far left which in no way threatens his re-election in 2022.

As for France Soir, Macron’s culture minister considers that this news site spreads “conspiracy theories” because it calls into question the government’s health policy in the face of the coronavirus pandemic. Among other things, France Soir is accused of supporting Professor Didier Raoult and of promoting the thesis of the internationally renowned specialist in infectious diseases, according to which hydroxychloroquine is effective against Covid-19.

However, what triggered the French government’s offensive was apparently the publication on the France Soir website of a call for Macron to be removed from office launched by the singer Francis Lalanne. In the eyes of this singer close to the Yellow Vests movement, the French head of state is “insidiously orchestrating a coup d’état in the name of COVID.”

The National Union of Journalists (SNJ) took the opportunity to demand that Minister Roselyne Bachelot bring the dissident media to heel, explaining that it considered it “unacceptable that this Internet publication should be able to spread with impunity false information and conspiracy theories that are dangerous to society.”

Reacting to the minister’s announcement, France Soir launched a petition on its website, explaining that “in the face of attempted intimidation by the government and the traditional media, we must be thousands in support of France Soir and freedom of expression,” and that “in the midst of a health crisis, we need more than ever free voices, independent of the political power and the lobbies.”

This petition had already collected over 85,000 signatures by the end of the last week of February.

However, this is not the first time under Macron’s presidency that the French government has sought to abolish, under various pretexts, public subsidies to small media that stand out from the crowd.

The small-circulation printed daily Présent, which has been struggling for 40 years to continue operations, was suddenly informed by the Ministry of Culture at the end of 2019 that it would not be entitled to the subsidy provided for all daily newspapers with low advertising revenue that year. The announcement was retroactive from January 2019, nearly caused the bankruptcy of the sovereignist Catholic newspaper which is against mass immigration and abortion and serves as the only French national daily newspaper favorable to the National Rally of Marine Le Pen.

Pushing Présent into bankruptcy was probably the goal. The newspaper was only saved by efforts of a successful appeal for donations from readers. The reason given by the Ministry for removing subsidies was that the newspaper was not selling at a sufficiently high price compared to the average price of other national dailies. The criterion of the sale price seems to have been created ad hoc to get rid of a newspaper that was probably considered too critical of the policies of Macron and the ruling government.

It is to be noted that when it must quote Présent or refer to it — which it very seldom does — the AFP state press agency never refers to it as a daily newspaper as if the sheer existence of a national daily newspaper with a conservative, pro-life, right-wing editorial line in France was something that should be hidden from the general public.

Despite the appeal launched by Présent to the other national dailies (Le Figaro, La Croix, Le Monde, Libération, L’Humanité, etc.), none of them informed their readers that Présent had been deprived of the subsidy from which they themselves benefited. Similarly, these newspapers either did not report about the culture minister’s announcement concerning France Soir or they did so in a very succinct manner, pointing out the allegedly conspiratorial nature of France Soir and the petitions of journalists’ unions against it.

However, these same newspapers are much more concerned about media pluralism and freedom of expression when it comes to Hungary. In its editorial of Feb. 12, Le Monde, the leading center-left daily newspaper, with views that match those of the bulk of Emmanuel Macron’s electorate, did write about an “inexorable deterioration of press freedom” but instead of focusing on France, the paper claimed this was occurring “in Hungary and Poland”.

French media is more focused on media pluralism in Hungary

With regard to Hungary, Le Monde criticized the Hungarian Media Council for having decided to suspend “under false pretexts” the license of “Klubradio, the main independent private radio station, reputed for its freedom of speech and its criticism of the government.” The editorial writer of Le Monde was concerned that “Poland and Hungary are applying the same method to gradually weaken press pluralism: withdrawing public advertising from all media that challenge the government, bringing public broadcasting to heel, closing down the last independent outlets or having them bought up by friends.”

On the French government’s attack on France Soir, however, Le Monde wrote nothing.

Demonstrating concern for the opposition media as long as they Hungarian and not French is nothing new in France. In 2016, when the Austrian group Vienna Capital Partners announced the closure of the left-wing Hungarian daily newspaper Népszabadság, which it owned, after a 74 percent drop in sales over the last ten years, all the major French newspapers proclaimed the death of media pluralism and freedom of expression in Hungary.

In many ways, focusing on Hungary may help deflect their own readers’ attention from the lack of media pluralism and the problems with freedom of expression in France itself. The media and a majority of its journalists — who are defenders of one-track thinking and political correctness — are actually very satisfied with the French situation. Indeed, these journalists are often the first to call for more censorship, as was the case when in September 2019 the Journalists’ Society (Société des Journalistes) at Le Figaro, a supposedly center-right newspaper, demanded the exclusion of conservative polemicist Éric Zemmour from the newspaper’s columns after comments he had made against mass immigration at the Convention of the Right.