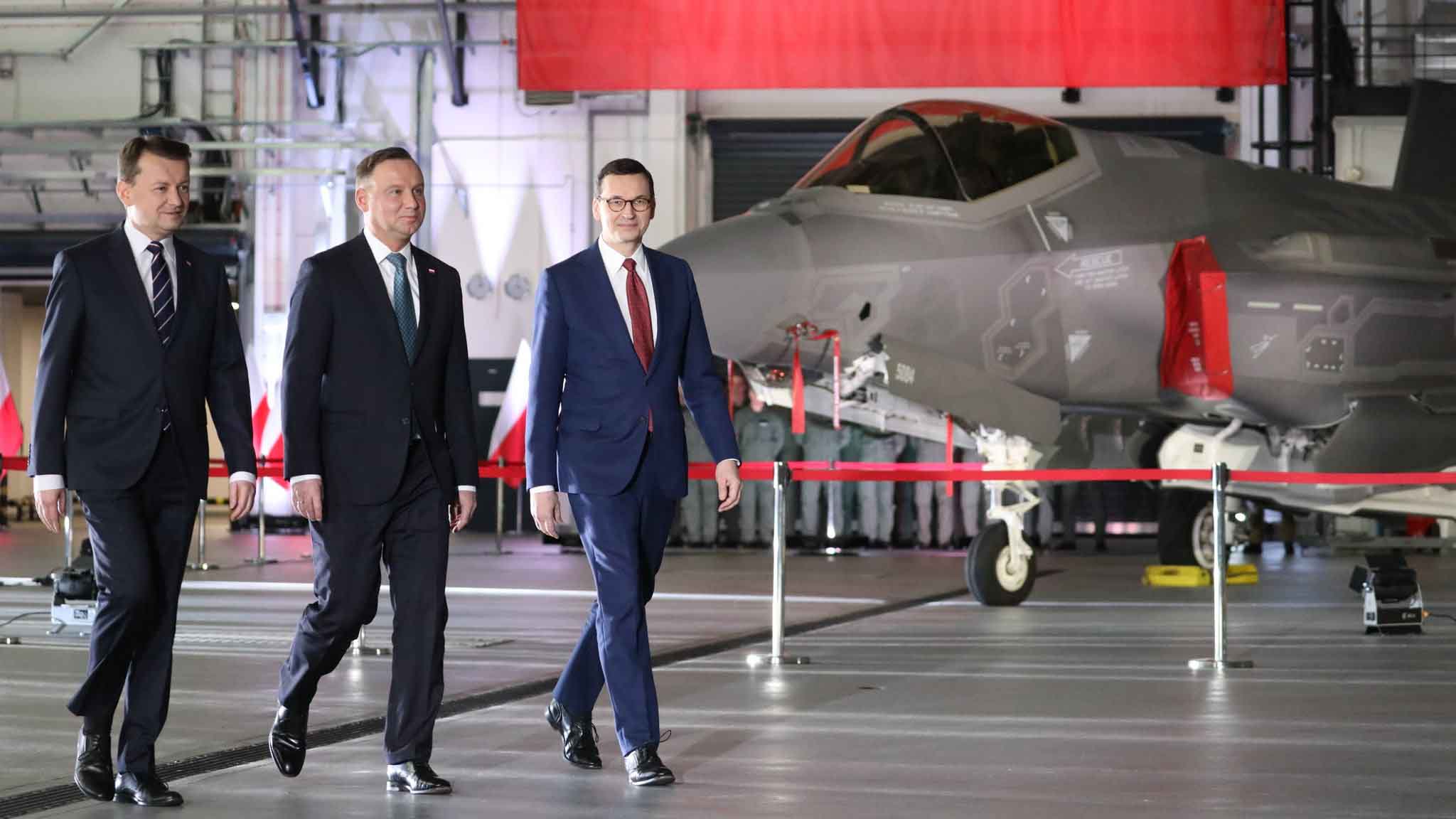 In a major milestone for Poland’s armed forces, the Polish Ministry of National Defense signed an agreement to purchase 32 F-35 fighters from the United States for a total of $4.6 billion on Friday.

Polish General Roman Polko explained n an interview with Do Rzeczy that the F-35s warplanes will replace the current fighter models used by the Polish military. He emphasized that the F-35’s biggest advantage is that it is undetectable by air defense systems.

He said that the F-35s feature an airborne platform which serve to identify and detect targets, analyze data, and transfer it to ground information exchange centers. He pointed out that F-35s also have strike measures capabilities.

Polko stressed that an F-35 pilot does not represent the image of a pilot that we are used to. The F-35 is a data-driven and highly computerized aircraft, which requires many hours of training from pilots to master.

The general admitted that the price of F-35s was not cheap and that Poland will still have to pay for retrofitting equipment.

He warned, however, that when it comes to military capability, F-35s have no competition and that the only alternative was to follow in Turkey’s footsteps.

Turkey wanted to participate in the allied program of purchasing F-35s but also wanted to buy anti-missile systems from Russia, which led to their exclusion from the program, Polko said.

He underlined that only the most-trusted U.S. allies can purchase arms from America. Polko stated that price was not the most important factor for Poland. Instead, earning the trust of the U.S. that its allies would not resell the planes’ support systems or share knowledge about the F-35 with adversaries was paramount for Poland, which views the F-35s as a formidable military asset.

He pointed out that although American friendship might not be that visible when it comes to trade, he assured that when it came to military action, American “words of friendship were not empty.”

“Americans are taught cooperation from the very beginning and know that by helping Poles they improve their own defensive capabilities,” Polko stated, adding that because U.S. troops are located in Poland, they are positioned to respond to any aggressive military incursions on Poland’s Eastern flank.

General Polko stressed that by entering into cooperation with the United States, Poland must remain consistent.

He referred to a situation where Israel wanted to sell certain types of military equipment to Poland, prompting stern opposition from the US attaché, who claimed that if Poland purchased Israeli military systems, ordinary cooperation between Poland and the U.S. would cease.

“Business is heavily woven in, but friendship remains,” Polko said.