The ruling party is sending out contradictory messages which will lead to a further rise in tensions, warns Rzeczpospolita daily columnist Michał Szułdrzyński 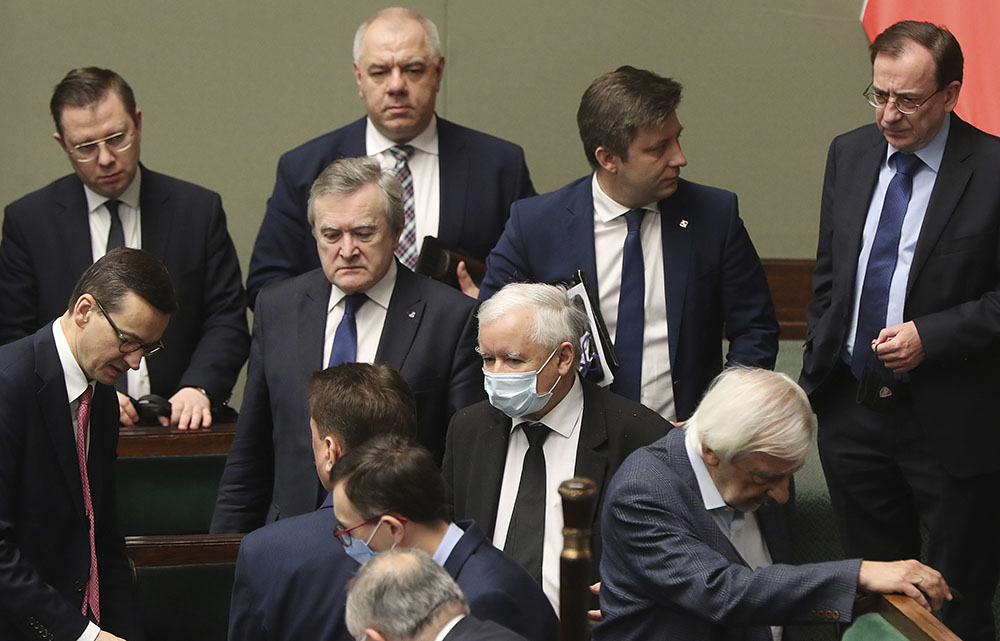 Such a diversification of messages has its limits.

First of all, these messages cannot contradict each other. When that happens, instead of a melody written for several grand pianos, we are met with a cacophony. This is exactly what we can see when listening to the statements of government officials concerning the protests.

President Andrzej Duda and Prime Minister Morawiecki are trying to diffuse the situation.

Duda stated that he knows many “honest women” who are worried with the Constitutional Court’s verdict, which found eugenic abortions to be unconstitutional. He also appealed for them to accept such legislation, which will tone down tensions. The prime minister followed the same path, claiming that the court’s verdict did not ban women having abortions if it put their lives at risk.

For the first time since PiS took over power, the president’s family referred to an issue. The first lady said in an interview for Polsat News that she has doubts whether women should be forced into heroism — to give birth to and raise disabled children. Although she did point out that she could not imagine a situation in which she would terminate a pregnancy.

The president’s daughter also spoke out, admitting that she was a supporter of the previous abortion compromise and that she could not accept the situation created by the court’s verdict.