Polish political center moves sharply to the left on abortion 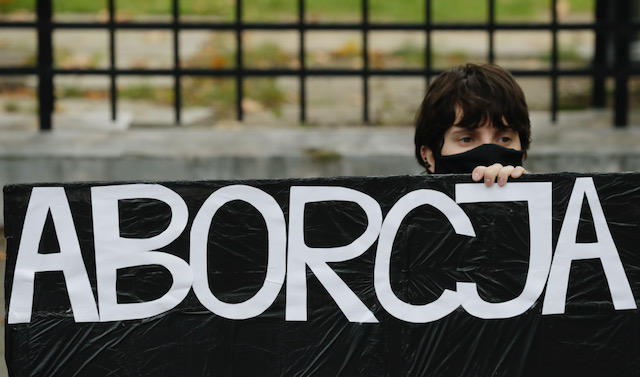 Poland’s former ruling party, the supposedly centrist Civic Platform (PO), which belongs to the Christian Democratic European People’s Party in the European Parliament, is considering adopting abortion on demand as a policy stance.

The PO’s move leftward is in line with a process of European Christian Democracy accepting left-wing and liberal ideas and losing its political identity. This process has been going on for some time and the abortion dispute which has surfaced as a result of the Polish Constitutional Court ruling in Poland has merely accelerated it.

The ruling, which made terminating a pregnancy illegal for reasons related to the child having a disability, has led to mass protests in Poland.

The PO politicians have backed the protesters and the party has come under pressure from the left and women’s organizations to support liberalization of abortion legislation in Poland.

There is, however, a group of PO MPs who are against the new party line.

They aim for the party to return to backing the abortion compromise and holding a national referendum on the issue. Just a few years ago, they would have been against holding a referendum on the right to life as being a matter of right and wrong and not subject to political horse-trading.

This shows that this is an internal party battle of different factions rather than a debate over principle.

But it is good that a debate is taking place. What is at stake is the total liberalization of the abortion law, leading to a cultural revolution in a society where most people still believe that life begins at conception. It is a revolution which is not just a part of the radical left’s agenda, but also one for the so-called political center.