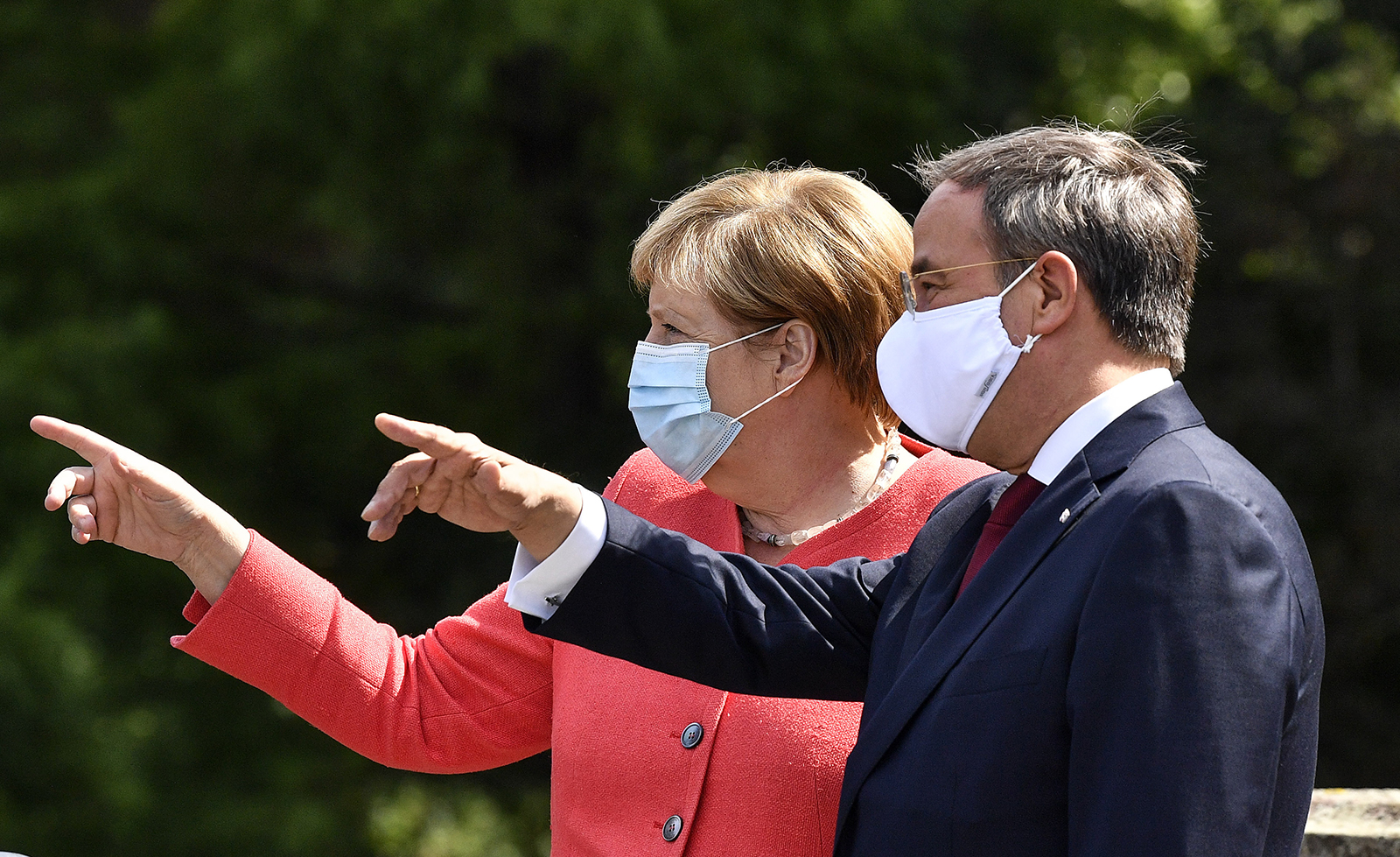 The international press widely believes that the policy and influence of Chancellor Angela Merkel will continue unchanged in the person of Armin Laschet. There will be no twists and turns — and certainly none in a conservative direction.

Germany’s conservative Tichy’s Einblick opinion portal has bitterly reported in several articles that Friedrich Merz, who is the most popular among members, did not win the second round of the presidential election, which was instead won by the candidate of the ruling power and mainstream. The founder of the portal, Roland Tichy, said Merkel has already reshaped her party to such an extent that there is no room for fundamental change.

“The CDU is no longer the party of Konrad Adenauer or Helmut Kohl,” he wrote.

Laschet became president of Germany’s strongest party at a very difficult time. Even if we do not examine global problems that weigh on the shoulders of all leaders, such as the coronavirus crisis and its economic consequences, it also has two serious political concerns for the party: Friedrich Merz and Markus Söder. First, Laschet inherited a severely divided party. This is shown by the fact that in the second round of the election he received 521 votes, while the conservative Merz received 466, which does not represent a clear triumph. Dissatisfied conservatives represent a serious force in the party and want change, a turnaround. The big question is, what will Laschet do with them?

Secondly, according to all the polls, Bavarian Prime Minister Söder would be preferred by the people as the CDU/CSU chancellor candidate. Until the fall federal election, Laschet must prove himself. Regional parliamentary elections will be held in March in the federal states of Baden-Württemberg and Rhineland-Palatinate and in June in Saxony-Anhalt. The CDU leads in all three places in the polls, but is squeezed by the Greens, the Social Democrats and the right-wing AfD.

All in all, Laschet has to steer the CDU ship in a stormy sea to evoke the dramatic allegory of the Austrian Kurier newspaper.

As far as the Hungarian interests are concerned, a conservative turn in the ruling party of the European People’s Party would have been welcome, but there is also nothing to worry about necessarily given the current turn. The pragmatic attitude that Viktor Orbán also mentioned in his congratulatory letter can be expected from Laschet, whom the Hungarian government is already familiar with as regional prime minister.

Let us not forget that his home state of North Rhine-Westphalia is the German state from which most investments come to Hungary, and its companies employ tens of thousands of people in Hungary. Laschet was also willing to make a compromise when asked about the relationship between Fidesz and the People’s Party on the day of his election. Despite the demands of People’s Party President Donald Tusk, in contrast, Laschet can think responsibly.

We are not only watching Berlin these days, but Washington as well. Today, United States President Joe Biden will be inaugurated, who is facing no less “stormy seas”. US society is deeply divided, and the understandable anger of Donald Trump’s supporters hardly alleviates the fact that Democrats want to humiliate the incumbent president and his voters at all costs.

From Hungary’s point of view, it will also be important in this case that bilateral relations are pragmatic and based on mutual respect. We can only hope that there won’t be a return to the aggressive interventions and condescending style of the Obama administration.

In any case, according to The Times in London, Biden will not have time for Europe. He has plenty of trouble at home.

Title image: In this Aug. 18, 2020 file photo, German chancellor Angela Merkel, left, wears a face mask due to the coronavirus pandemic as she meets Governor Armin Laschet, right, during her visit at Germany’s most populated federal state North Rhine-Westphalia in Duesseldorf, Germany. The coronavirus pandemic is colliding with politics as Germany embarks on its vaccination drive and one of the most unpredictable election years in its post-World War II history. (AP Photo/Martin Meissner, File)