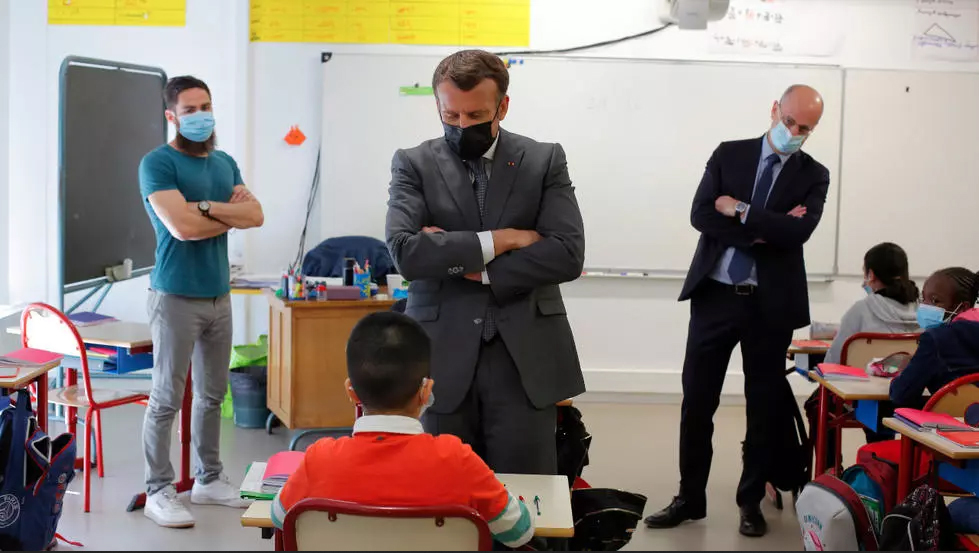 The spread and subsequent prohibition of so-called inclusive or gender-neutral spelling has also provoked a great social debate in France. Proponents of the practice say they want to increase women’s visibility, while opponents say they disfigure and make the French language illegible.

Francois Jolivet, a French pro-government MP, submitted a bill to parliament in February to ban inclusive — i.e. gender-neutral — writing for civil servants in the civil service, supported by both the ruling party and the opposition.

In May, Jean-Michel Blanquer, minister of public education, officially banned inclusive writing in schools, one of the distinctive means of which is to want to display the female and male forms of words simultaneously through the use of midpoints for words where the general form is masculine. At the same time, Blanquer also agreed on the need to systematically feminize the naming of positions held by women. According to the minister, the use of inclusive figures makes reading very difficult as it shatters words.

The French decision was recently referred to by Walloon Education Minister Caroline Désir who indicated she did not want to ban inclusive writing in the French-speaking part of Belgium. As he said, “we must fight sexism and discrimination by all means”.

Proponents of the practice, which has provoked a great social debate, say that women need to be made more visible in language, because if there is no equality there, there is no such thing in society either. It is believed that grammar has traditionally placed men at the forefront, since in French, when it comes to a group that includes men, regardless of the number of women, the conjugation is adapted to the male form.

Proponents of inclusive writing say the current French language hampers gender equality, creating a patriarchal society. They intend to have three types of writing that strengthen the role of women. On the one hand, it creates the female form of occupations, which does not always exist automatically in France (for example, “une professeure” is created next to “un professeur”).

On the other hand, it introduces the aforementioned punctuation, with a mixed group of friends no longer being written as “amis” in general, but includes the feminine as well via midpoints, i.e. “ami.e.s.” The third solution is to use general words instead of masculine ones, for example, the general word “humain” should be used instead of the word “homme” in the term “human rights”.

Sudden, revolutionary changes, however, do not fall into this category. The unanimous position of the 400-year-old Académie Francaise, tasked with preserving the French language, is that the new practice of inclusive writing is a “deadly threat” to the French language. Incidentally, grammar is not very arbitrary in French, since, for example, the word mouse in French is feminine, although it can refer to mice of any gender.

With a similar debate also underway in neighboring Germany, 65 percent of Germans reject gender-neutral writing, as shown in a recent survey by Infratest Dimap published by Welt am Sonntag. Last year, the rejection of this practice was only 56 percent. Gender-neutral writing in German is mostly aimed at making the plural nouns referring to groups not the male form common, but the female one as well.

Title image: French President Emmanuel Macron talks with a pupil during a visit with French Education, Youth and Sports Minister Jean-Michel Blanquer, right, to a school in Melun, near Paris, on April, 26, 2021. (Thibault Camus, AP Photo) 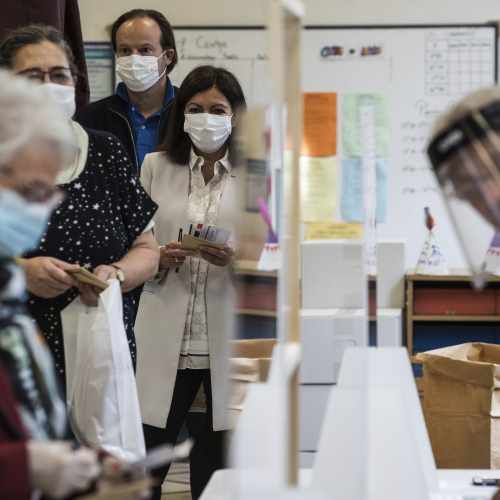