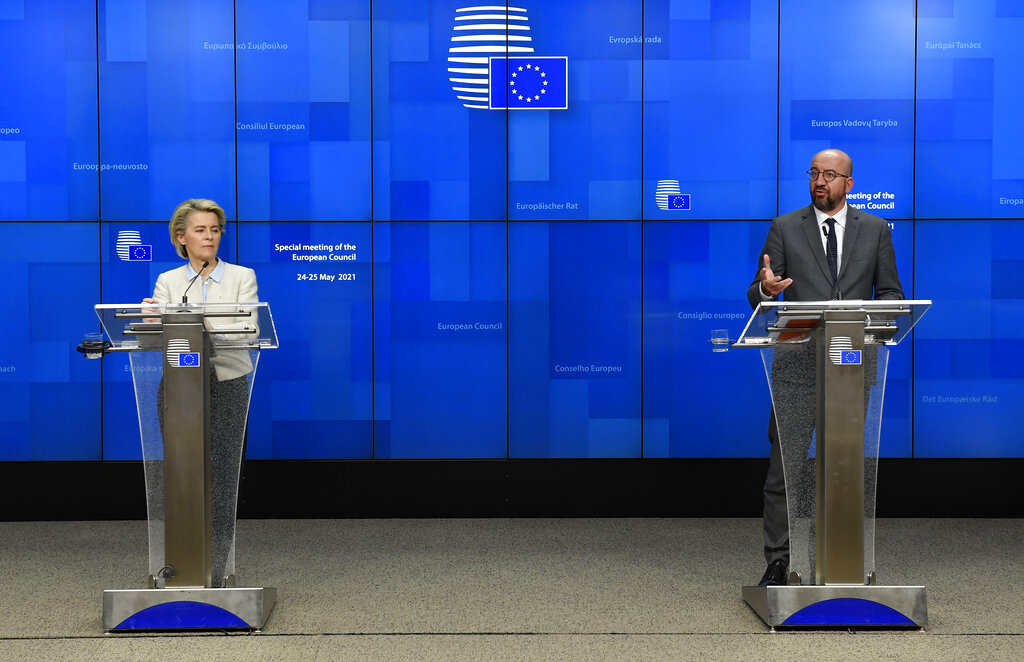 A two-day European Union summit that began Monday evening and was originally scheduled to deal with the Union;s primary concerns, Russia and Brexit, was completely overturned by Sunday’s interception and forced landing of a Ryanair flight, with two opposition activists arrested by Belarusian authorities.

European Council President Charles Michel has put on the agenda the forced landing of a Ryanair flight in Minsk and the arrest of Belarusian journalist Roman Protasevich. Michel, who called on the Belarusian authorities to release the journalist immediately, said the case would not go unpunished.

The European Council will not only address the forced landing of Ryanair’s Irish flight in Belarus and the case of Minsk-based opposition activist and journalist  Protasevich traveling on the flight, but will also consider taking action against those responsible.

Protasevich, former editor-in-chief of the Telegram channel NEXTA, which has been declared extremist in Belarus, was arrested on Sunday after he was taken off a Ryanair plane. The opposition activist was on his way from Athens to Vilnius on a Ryanair flight when authorities from Lukashenko’s government ordered the passenger plane to land in Minsk because of an alleged bomb aboard the plane.

However, there was growing evidence that the bomb alert was just an excuse to hijack the plane, and it was a carefully planned action by the Belarusian secret service to arrest Protasevich.

Ryanair CEO Michael O’Leary said Belarusian KGB men were also on the flight and that the secret service was waiting for the opposition journalist and his girlfriend at Minsk airport. Following the incident, the European Union requested the Ambassador of Belarus and demanded the release of Protasevich.

Despite calls from the leaders of several EU member states for a swift response, Minks remains defiant: Belarus released on Monday a video of Protasevich confessing to organizing mass protests, but there were signs that he made that confession under duress.

Title image: European Council President Charles Michel, right, and European Commission President Ursula von der Leyen participate in a media conference at an EU summit in Brussels, Tuesday, May 25, 2021. The European Union agreed Monday to impose sanctions against Belarus, including banning its airlines from using the airspace and airports of the 27-nation bloc, amid fury over the forced diversion of a passenger jet to arrest an opposition journalist. (John Thys, Pool via AP)