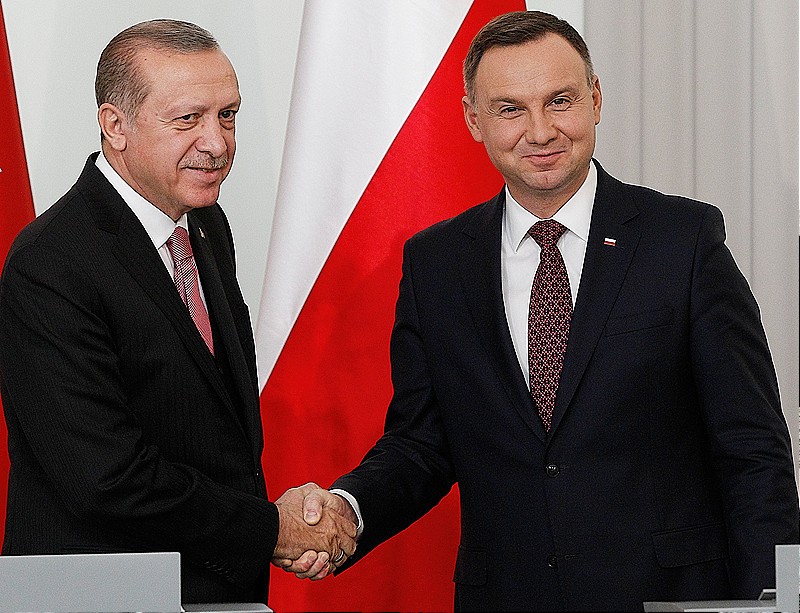 President Andrzej Duda met with Turkish President Recep Tayyip Erdoğan in Ankara on Monday. Duda pointed out to the Poland’s purchase of drones from Turkey as well as cooperation between the two countries as part of NATO.

“I’m pleased that we are working together in NATO and have common goals with the main one concerning the safety of our countries and limiting military dangers in the area surrounding our countries and other NATO members,” Duda said.

The president said he was satisfied with the cooperation between the military industries of Turkey and Poland and the agreements signed between them.

The contract, signed by the Polish minister of defense Mariusz Błaszczak, foresees the purchase of four sets of the Bayraktar TB2 tactical system with 24 drones which can carry not just reconnaissance equipment, but also anti-tank missiles. The Bayraktar TB2 has a flight range of 150 kilometers, according to data from Turkey’s top procurement agency. The first set is to be delivered in 2022. Besides the contract for Turkish drones, an agreement on cooperation to ensure the protection of secret information on the defense industry was signed.

Duda pointed out that his meeting with Erdoğan took place prior to the upcoming NATO summit in Brussels planned for June 14. He explained that their meeting also concerned security in the Black Sea region and the sovereignty and internationally recognized borders of Ukraine and the situation in Syria and Libya.

The Turkish president also noted that he will also be meeting with Polish soldiers who are participating in an allied support mission in Turkey to oversee NATO’s Eastern border.

Duda also said he hoped that trade between Poland and Turkey will reach $10 billion per year very soon.

“Turkish companies have been successfully operating on the Polish market for many years. Many investment projects are being developed in Poland, also as part of the Three Seas. Road investments – Via Carpatia, Via Baltica, as well as railway investments and the Central Communication Port. This is a large area to show off for Turkish companies and their tenders which will lead to the fulfillment of these investments,” he said.

Duda added that he would like for Polish companies to take up a serious position in the Turkish market.