Abortion has been a difficult subject for independent Szymon Hołownia, but the conflict over the value-added tax may be good for him, writes columnist of daily Rzeczpospolita Michał Szułdrzyński 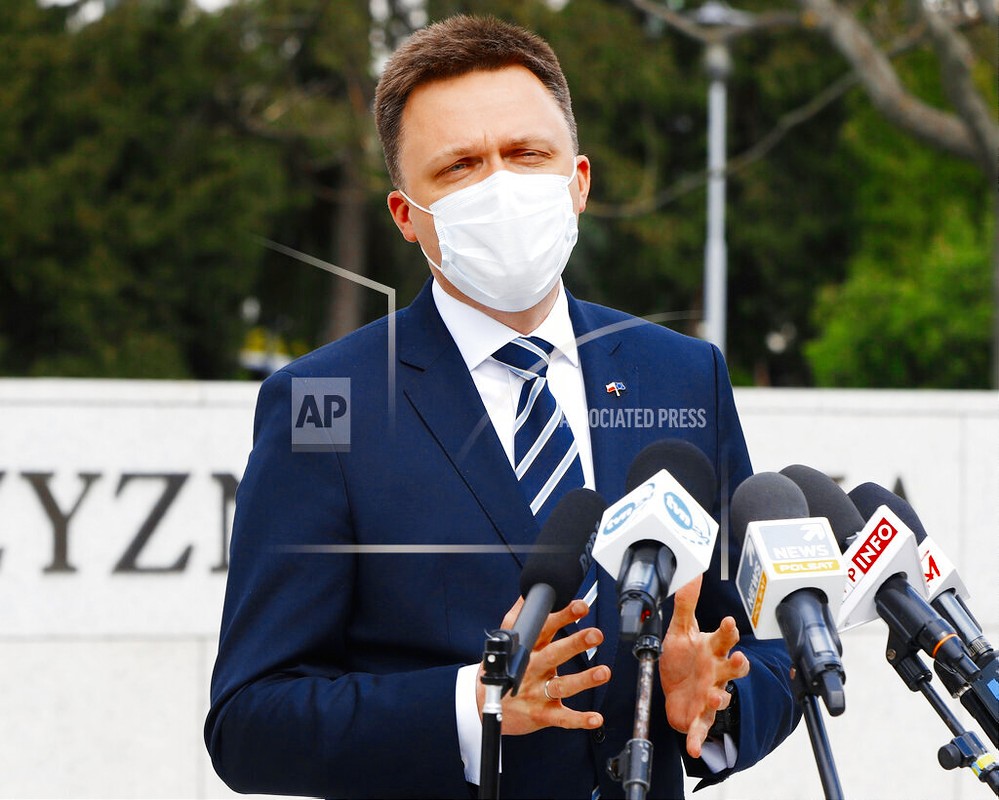 The topic of VAT collection, which appeared in the public debate a few days ago and was strengthened by PM Morawiecki’s entry on social media, followed by his speech in parliament, may turn out to be a good thing for Szymon Hołownia.

First of all, it allows him to differentiate himself from both Law and Justice (PiS) and the Civic Platform (PO). It also lets him step away from the subject of abortion, which has been problematic for him.

In the long term, the topic of abortion (excluding the pro-PiS bubble) is adverse to the ruling party. This is because it reminds people that it was PiS’s actions that led to the abolition of the so-called abortion compromise through the Constitutional Tribunal’s verdict on October 22.

Yes, sometimes the subject of abortion is convenient when it allows polarization — we’re in favor of life, and they’re in favor of abortion. Yet much points to PiS realizing the severity of the mistake made through the Tribunal’s verdict. The social anger that appeared as a result of it is one of the reasons behind the drop in PiS’s polling and its inability to rebound, especially given the low morale due to the pandemic.

For Hołownia, PO’s declaration that it essentially wants a law that permits abortion until the twelfth week of pregnancy is uncomfortable. Hołownia admitted a few days ago that he is close to the position of Judge Leon Kieres when it comes to abortion, therefore basically admitting that he is a pro-life supporter. This does not equal postulating for a total ban on abortion, but it does put him on the defensive.

Moreover, it reveals the difference of opinion between him and the female MPs in his movement who have a much more leftist approach.

The issue of VAT, however, is an entirely different matter. After significant attention from the media, the topic has heated up public opinion. When it comes to the facts, it is true that PiS’s actions have led to the shrinking of the VAT hole and have made it more difficult to extort the tax. Yet PiS politicians are overstating things when they speak about taking money away from criminals. Stripping criminals of their extorted money is currently not going so well. Just as patching the VAT hole is bringing in billions every year, regaining money from criminals has only brought EUR 33 million in the last few years.

PO politicians have brought up the subject and have been talking about PiS’s VAT lie, but they’re setting themselves up for a strike because the VAT hole during PO’s reign was gigantic.

On the one hand, PiS’s electorate will claim that PO are thieves and PiS came and tidied everything up. On the other hand, PO’s electorate will believe that PiS can do nothing good, not even increase tax collection, and will eagerly accept the narrative about a VAT lie and not care about the details.

But all of this is an excellent topic for Hołownia because it shows how sterile the conflicts often are between PiS and PO, allowing him to accentuate even more strongly the need for a new force in politics.

Given how politically stimulated the young generation has become, this kind of argument from Hołownia may attract a portion of the electorate to him.