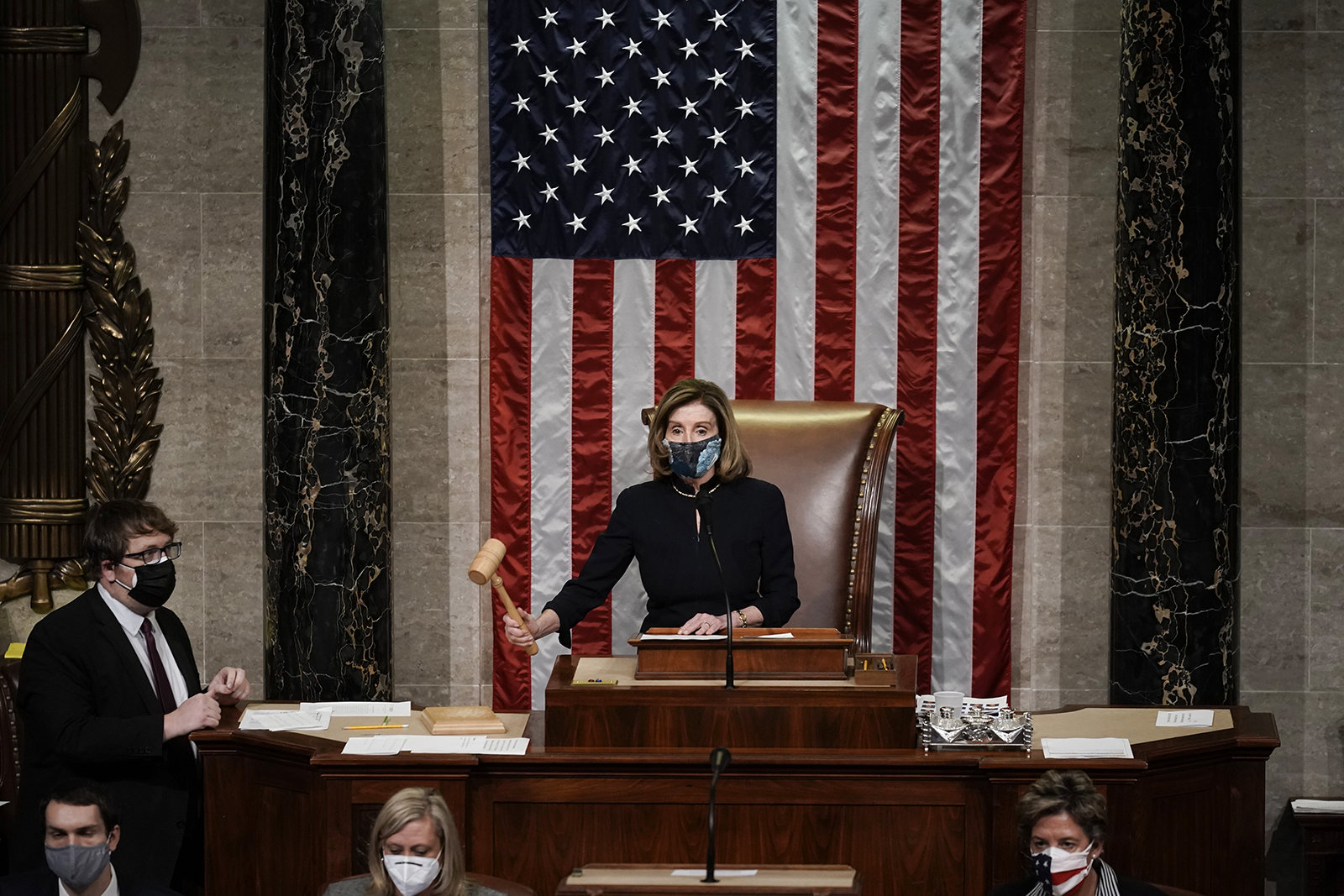 According to the text of the recently adopted House document, Donald Trump’s supporters provoked a revolt at their demonstration on January 6, posing a threat to the constitutional order, national security and democracy.

We know that in the forcible occupation of the Capitol building, the militant activists of the far-left Black Lives Matter and Antifa took the lead in a well-organized way. But that doesn’t matter, of course, to anyone who wants to celebrate over Trump’s political corpse. The siege of the Washington Legislature building has now provided a spectacular excuse for the vendetta.

The next stage in the impeachment process is that the Senate must decide by a two-thirds majority to replace Donald Trump, barely a day or two before his term ends. Thus, the whole procedure makes no practical sense; moreover, the Senate can hardly put the matter on its agenda in such a short time.

The story is no longer about practicality, but about Democrats imbued with far-left ideology humiliating the outgoing president and setting an example: This is the fate of anyone who dares to confront extreme left-liberal ideology and builds a wall on the border to stop illegal immigration, instead of promising, as Joe Biden has, to give them citizenship.

Undisputed, Trump trampled over a system of power dominated by Democrats, such as in foreign affairs when he changed Barack Obama’s policy of reassessing Israeli friendship and approaching Arab countries and once again sided with Washington’s traditional ally, recognizing Jerusalem as the Jewish state’s capital. In the eyes of the new-wave Democrats, Trump committed an unforgivable sin because he offered the nation not only an ideological and political but a moral alternative. One such example of this, among other things, was his recent decree to protect the lives of children who survive an abortion attempt.

Biden and his team know they have to now trample on the alternative, not just in America, but around the world, because the normality of this alternative, including the rejection of gender ideology, gives those who adhere to it a realistic chance of overcoming the far-left idea of ​​embracing total abnormality.

The complex notion of this normality — the rejection of illegal immigration, the preservation of the traditional family model, the consolidation of the moral foundations of Christianity, the respect for national traditions — already has a brand name at the political level: illiberal democracy.

Viktor Orbán introduced this concept to the public in his 2014 speech in Tusnádfürdő. Biden has not even come to power yet, but the Hungarian prime minister is already a clear target, as the incoming U.S. president has been naming bloody opponents of illiberal democracy to the ranks of the State Department.

It is undeniable that this new political brand has posed a serious challenge both to the Union and to the countries within it, whose elites fear that this new idea threatens their power. We do not have to go far to see evidence of this: The new Romanian national security report published last summer — although it does not name Hungary — warns about the so-called “illiberal temptation” in Eastern Europe in recent years.

Title image: Speaker of the House Nancy Pelosi, D-Calif., leads the final vote of the impeachment of President Donald Trump, for his role in inciting an angry mob to storm Congress last week, at the Capitol in Washington, Wednesday, Jan. 13, 2021. (AP Photo/J. Scott Applewhite)