Will the military take power in a disintegrating West hostile to its own people? 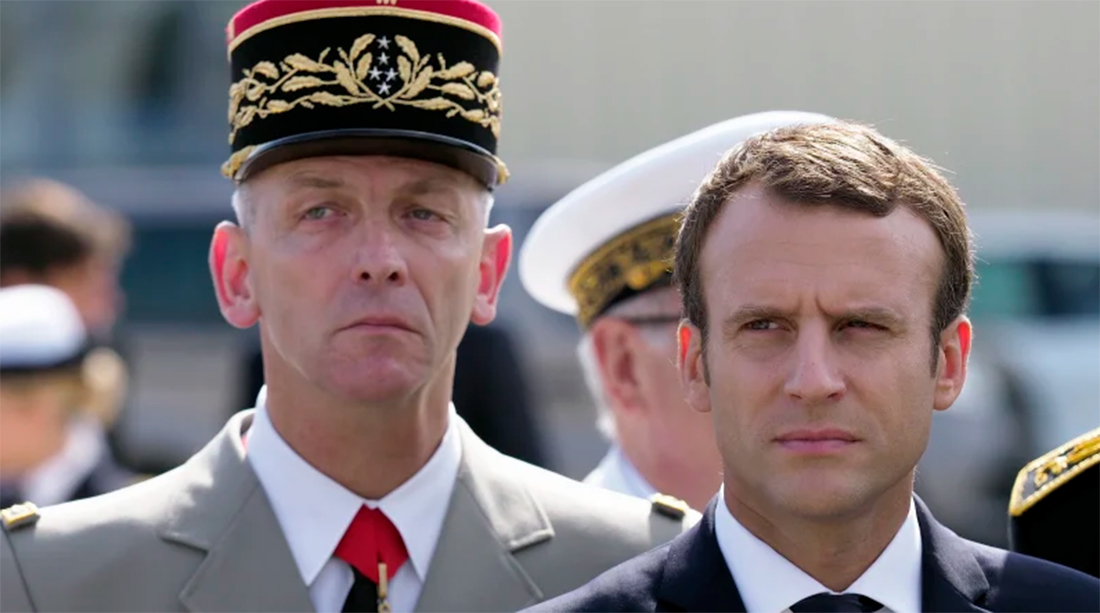 For the first time in recent weeks, some retired French generals addressed an open letter to the President Emmanuel Macron expressing concern about the fundamental disintegration of the country’s social order, and the danger of a possible civil war.

When the president and the ruling opinion-makers responded with rejection and outrage, another similar letter was produced, which has already been signed by more than 200,000 people. As another development, more than a 120 retired US flag officers also wrote an open letter to President Joe Biden expressing concern about the prevailing anarchy, the disintegration of social order, and, like their French counterparts, warning of the danger of civil war.

Fitting into the same dramatic line is the fact that in recent weeks there have been vague allusions in the mainstream German media that there is a very dangerous neo-Nazi organization among senior officers in the army. Of course, liberal speech terror brands everyone as a Nazi who does not accept their terror. Perhaps it is not unfounded to assume that under the phenomenon of these events, dramatic tectonic processes are taking place, which for the time being are manifested underneath the seemingly still placid surface.

It is now more than a century since the publication of Oswald Spengler’s pivotal work “The Twilight of the West”, and this twilight presents itself in a more poignant way than ever before. The most elementary self-identities of Western societies, which are the most fundamental pillars of a social system, have come to the brink of collapse. Gender identity, belonging to the nation-state, the deep cultural determination of the European Christian White man, and the foundation of the family, are today all the subject of ridicule and contempt.

Extreme liberal, anarchist movements destroy everything that is left of these identities, and history repeats itself when another Jacobite, Bolshevik world revolution seems to crawl into everything that is still left of the Western world, exactly as Spengler predicted. All this is exacerbated by the activities of liberal elites to support and even actively organize migration, which is just an excuse for weakening traditional identities.

It can hardly be a question that Western society, weakened in its identity at the elementary level, could completely disintegrate in a very short time as a result of new waves of already militarized migratory inflows. The amorphous anger of “natives” who are still trying to protect what remains of their identity are intimidated by terror posing as liberal “opinion”, which is making it increasingly likely that an unmanageable, permanent civil war will break out in almost all Western countries affected by migration.

In this situation, the most fundamental question, both at the philosophical-social theory and practical level, is whether there is still, can there be still an institution — an organized force — that could stand in the way of this fatal process. From this point of view, it seems entirely logical that this last defense should be nothing more than an army designed to protect the fundamental security of the nation-state.

According to the liberal ruling narrative, the army is a politically neutral institution, and therefore this narrative outrageously rejects the unauthorized interference of senior officers in matters that belong exclusively to the ruling elites. The soldiers’ response to this is that since the military oath of every country includes the idea of defending my country against all external and internal enemies, even by sacrificing my life, what is happening now is that these officers are taking that oath seriously.

Not to mention the obvious fact that in an age of the complete disintegration of traditional identity that can be experienced today, the army is the only institution capable of maintaining order by its very nature. Thus, in these dramatic events, we can experience the desperate but determined manifestation of the last still-functioning stronghold of order.