The joint statement of both countries said that “if Europe is to win the climate war, it needs nuclear energy” 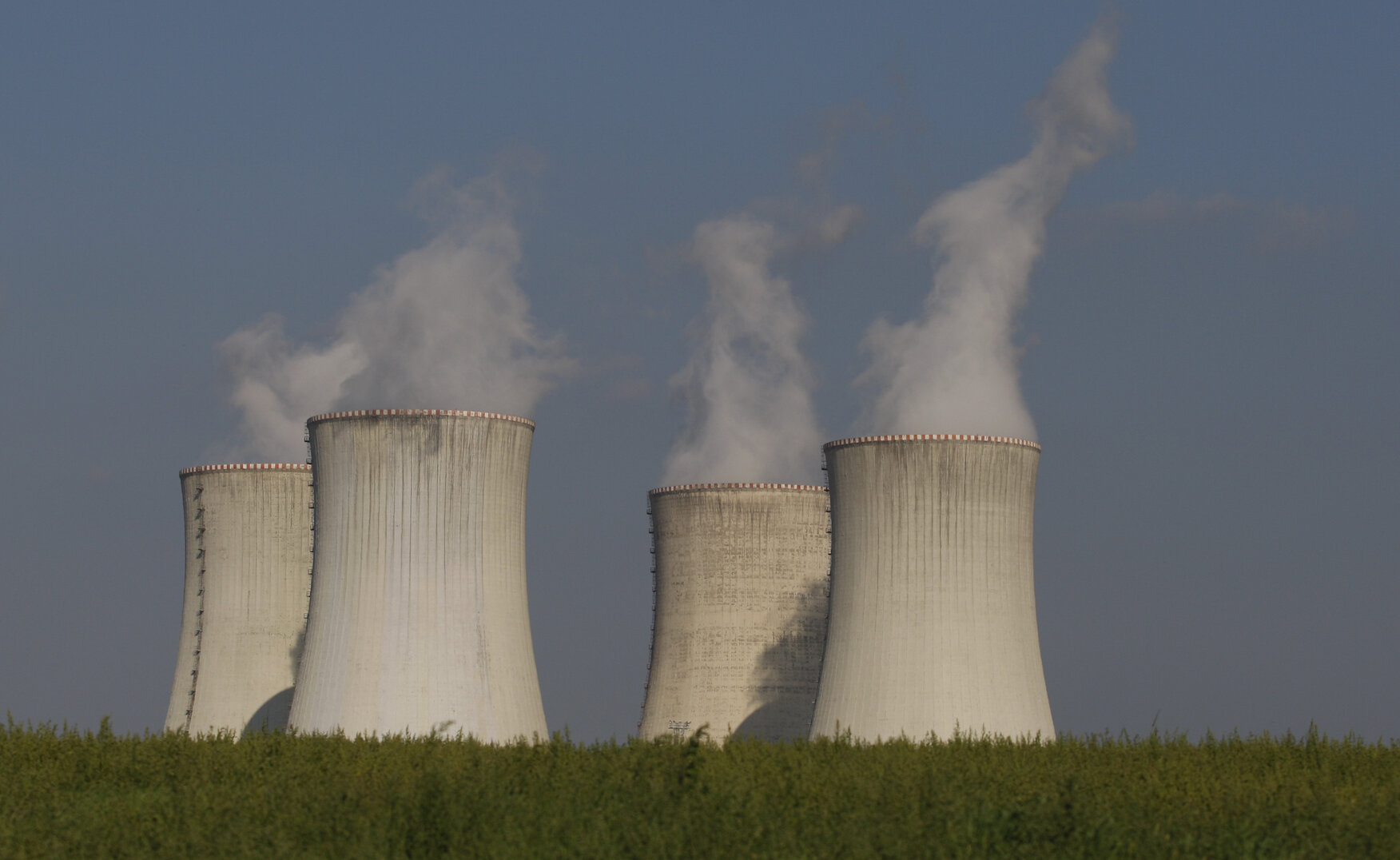 In this photo taken Sept. 27, 2011, four of the cooling towers of the Dukovany nuclear power plant rise high above the natural surroundings of Dukovany, Czech Republic. Defying growing global skepticism over the use of atomic energy, Czech Republic is planning to dramatically increase the country's nuclear power production, a move that would give the country a place among Europe's most nuclear-dependent nations. (AP Photo/Petr David Josek)

The Czech Republic and France are preparing an alliance of European Union member states in nuclear energy. Štěpánka Filipová, a spokeswoman for the Czech Ministry of Industry and Trade, announced the alliance on Monday. The joint statement of both countries said, among other things, that “if Europe is to win the climate war, it needs nuclear energy. It is a vital and reliable source for everyone to secure a low-carbon future.” Bulgaria, Finland, Croatia, Hungary, Poland, Romania, Slovakia, and Slovenia also joined the plan, said Filipová.

“We have similar interests with France, as we are both nuclear-oriented countries, and so we have agreed on a common approach. We want Brussels to recognize nuclear and gas as sustainable activities according to the taxonomy. This will pave the way for cheaper funding and the construction of new nuclear resources.

“France will take over the presidency of the EU Council from January, and the Czech Republic will replace it from July,” said Deputy Prime Minister and Minister of Industry and Trade Karel Havlíček.

According to the Ministry of Industry and Trade, the procedure is coordinated by the French Minister of Economy, Finance, and Reconstruction Bruno Le Maire. The ministry noted that although the European Commission, according to its 2018 Clean Planet for All strategic vision, considers renewables and nuclear resources to be the backbone of Europe’s carbon-free energy system, it is not taking any steps to provide a stable environment for investment in high-capacity, low-carbon nuclear power.

Nuclear energy shoud be included in the sustainable financing framework

The planned construction of a new Dukovany power plant bloc has been one of the central topics of the Czech political scene in recent months. The safety assessment of three companies interested in building a new nuclear unit at the Dukovany power plant was started by Elektrárna Dukovany II at the end of June. EdF, the American company Westinghouse, and the South Korean company KHNP were contacted. On the other hand, the security questionnaire was not received by the Russian company Rosatom or the Chinese company CGN, as the Czech government decided not to invite them to the planned tender.

The bidders are to submit all relevant information on safety issues to the semi-state energy company ČEZ by the end of November this year. The government will then decide which bidders will be invited to the tender. The new nuclear unit in Dukovany will probably be fully financed by the state. At current prices, according to earlier information, it should cost about six billion euros, but some experts expect the price to be higher. According to environmental organizations, however, nuclear energy is completely non-competitive.