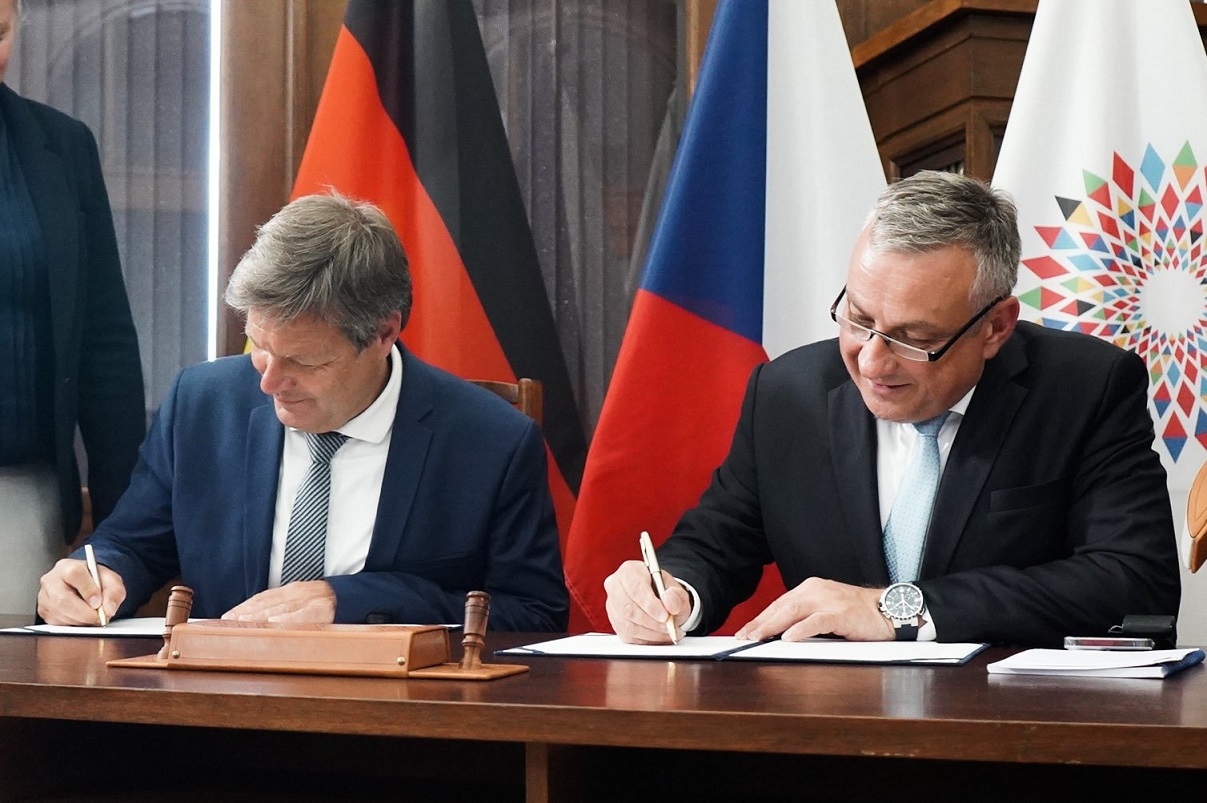 In the event Russia cuts gas supplies to Europe, the Czech Republic and Germany say they will help each other, with Czech Industry Minister Jozef Síkela and German Economy and Climate Minister Robert Habeck signing an agreement on energy security on Monday.

According to Habeck, other European Union states should also sign mutual agreements, while Sikela stated that with the current energy crisis, the unity of the EU countries is essential to show a united front against Russian aggression.

In Habeck’s view, European solidarity is the key to a successful path through the current situation. He admitted that Germany used to be very oriented towards Russia in terms of its gas supplies, which he considers a big political mistake. Now, Habeck says he sees a potential solution in the two floating liquefied gas terminals the country is currently building.

Síkela said he understands solidarity as the mutual willingness of countries that are less dependent on Russia for certain commodities to help those more dependent in the event of a shortage. According to Síkela, the two ministers are in frequent contact and share a similar opinion on how to proceed in the event of a supply failure. Specific steps are ready, he said without elaborating on them.

According to Síkela, the ministers also share the opinion that Russian President Vladimir Putin is using energy as a weapon in an undeclared war.

“Putin thought he would take over Ukraine in a matter of days, (…) but he failed. He knows very well that if Europe continues to support Ukraine, he will end up defeated,” Síkela said.

Regular maintenance of the Nord Stream 1 gas pipeline began today; it runs along the bottom of the Baltic Sea from Russia to Germany and is the main route for supplying Russian natural gas to the EU. The ministers did not want to speculate on whether fears that Russia will abuse the maintenance and completely stop gas supplies through this route will come true. Síkela said it is necessary to prepare for this scenario, given that “Putin cannot be trusted.” At the same time, he added that Czech gas storage tanks are now 75 percent full.

According to the ministers, other topics during the meeting were digitization and achieving greater stability in supply chains.