Czechs to be paid to house Ukrainian refugees, government expects EU to cover the cost

“As Czechia, we understand that we are one of the priority countries. Those people seek refuge where it is linguistically and culturally close to them,” states Czech Labor Minister Marian Jurečka 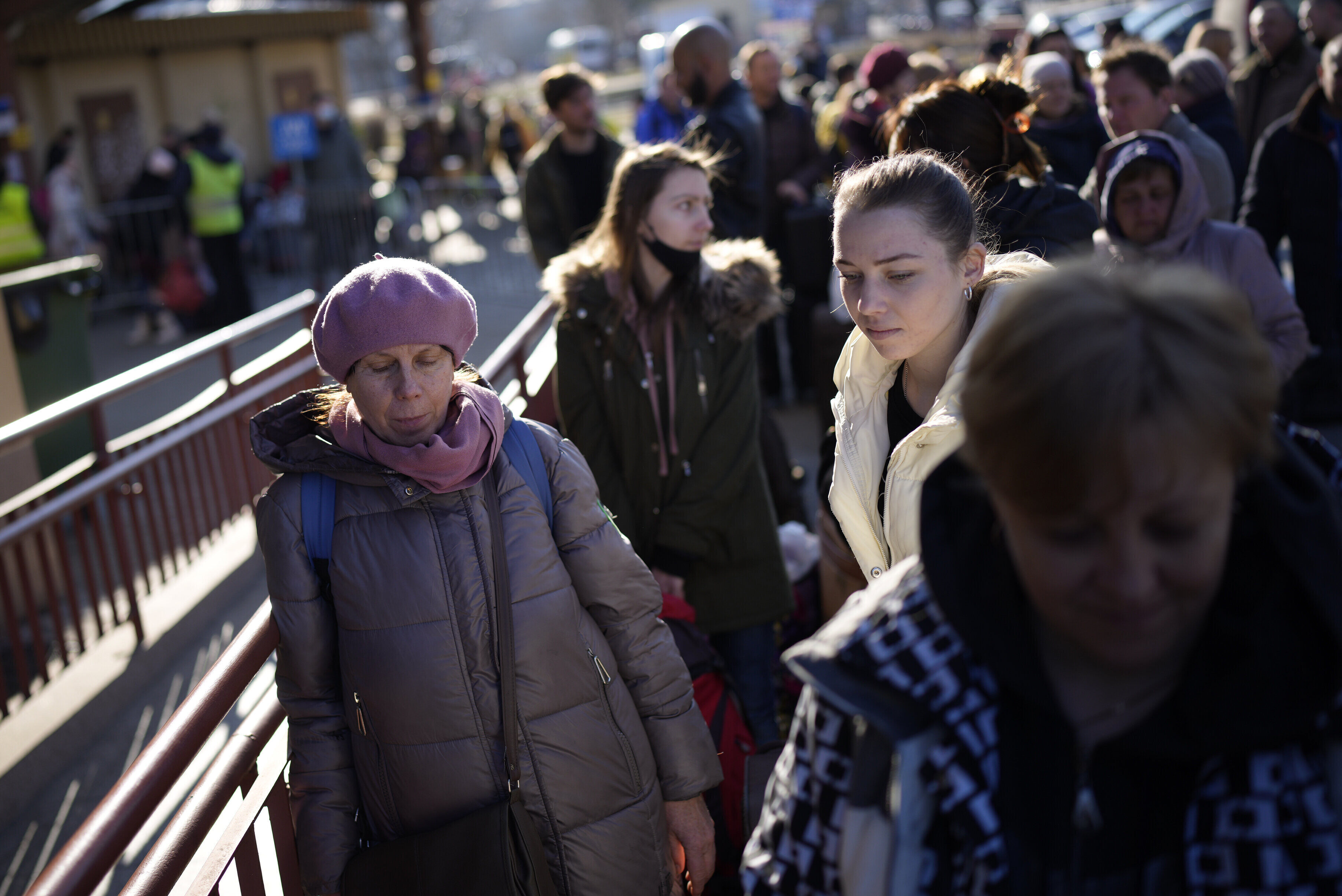 People wait in a line to board a train leaving for Lviv in Ukraine at the train station in Przemysl, Poland, Monday, March 14, 2022. (AP Photo/Daniel Cole)

Czechs who offer to accommodate refugees in their own homes or vacant apartments will receive a contribution of 3,000 korunas (€121) per person per month to cover costs, the Czech government announced on Wednesday.

Discussing the help available for refugees in an interview with the SeznamZprávy news outlet, Czech Labor Minister Marian Jurečka explained that the government expects part reimbursement of the cost from the European Commission through the EU budget.

“The ceiling amount of 12,000 korunas (€486) can already cover the basic costs,” Jurečka said about the maximum amount someone can claim from the state for housing refugees. “Those people will also have access to the labor market and will be able to pay some of their future income, but we leave it to the agreement between them and those who sheltered them,” said the minister.

“Mandatory quotas have not been discussed in Brussels in three weeks. We do not consider this mechanism. As the Czech Republic, we understand that we are one of the priority countries,” Jurečka explained.

“Those people seek refuge where it is linguistically and culturally close to them. We ask for cooperation and solidarity in costs, but even states that are far from us understand that,” he added.

According to Jurečka, he does not oppose the amendment of the decree on these contributions in about a month. Although the Czech government approved the regulation, the first applications can be accepted by the authorities from April 11.

The extent of the migration crisis associated with the war in Ukraine is incomparable with the situation between 2015 and 2019, according to Jurečka.

“It is also different in structure. In the past, more men came to Germany. Now 55 percent of children and 80 percent of women come to us. It will also mean completely different needs and financial demands,” he added.

The labor minister also spoke about where the state will get funding to help refugees, and rejected the notion that taxes should be increased in the Czech Republic. According to him, it will depend mainly on the development of the situation in Ukraine and how long and how many people will want to stay here.

“If it leads to a peaceful solution, I think most people will want to come back and help rebuild Ukraine. If it goes wrong and some majority Russian influence remains, many people will have no motivation to return. Then we will need to reckon with a different scenario. The current priority is an acute help,” he specified.

According to the minister, the Czech labor market is ready for Ukrainian mothers. Currently, the country has over 300,000 job vacancies. He objected to the fact that their recruitment would harm Czech citizens, mentioning, among other things, last year’s valorization of pensions. However, the state has recorded over 30,000 applications for housing allowances since the beginning of the year.

“We will look for ways to help households. The pressure and effects of inflation are enormous. It is a specific time, wartime that has not been here for 80 years, the government has to deal with it,” Jurečka added.