Vaccination in Czechia hits its limit, then slows down

The willingness of Czechs to get vaccinated against Covid-19 is approaching its limit, at least according to the latest surveys 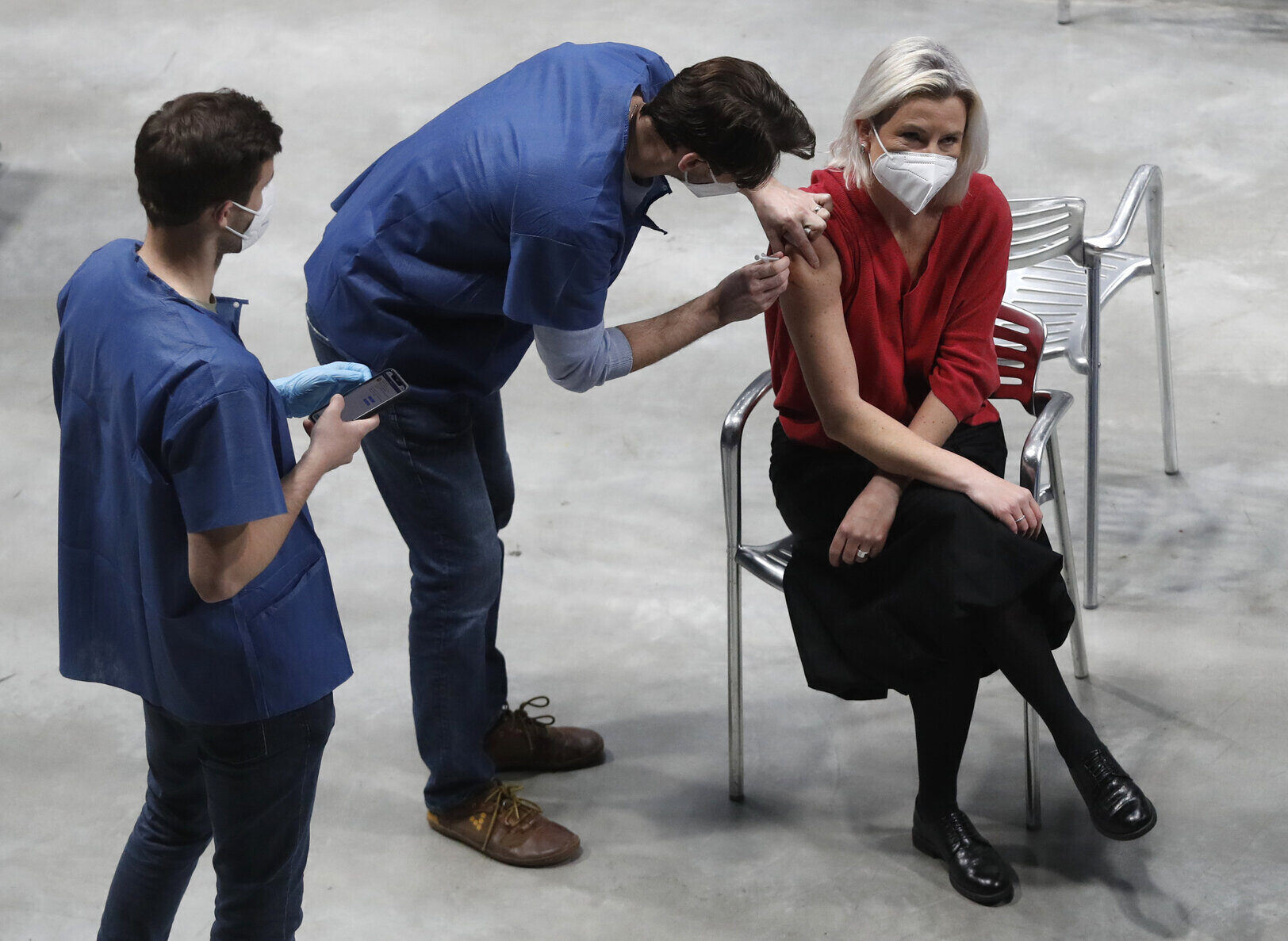 A person gets Pfizer vaccine at the National vaccination center in Prague, Czech Republic, Friday, April 9, 2021. On Friday the center, that is the biggest in the country, held its final trials before being able to vaccinate up to 10 000 people a day. (AP Photo/Petr David Josek)

The willingness of Czechs to get vaccinated against Covid-19 is approaching its limit, at least according to the latest surveys. The declining interest is also visible in the statistics of the Ministry of Health, which show that administrations of first doses have been declining rapidly in recent weeks.

There is still less interest among younger people, but while the government is aiming a campaign at them, there are still hundreds of thousands of people unvaccinated among high-risk groups.

According to data from the Ministry of Health, over 64 percent of adults have already received the first dose of vaccination, and another almost 4 percent are waiting for their turn. In the last wave from the end of July, similar numbers occur in the long-term “Life during a Pandemic” survey, according to which the same percentage of the adult population already has at least one dose, leaving only 6 percent of people willing to get vaccinated.

Beyond the willing and the unwilling, 10 percent remain undecided. The last survey from CVVM comes up with similar numbers. Almost a quarter of people do not want to be vaccinated, while 7 percent remain hesitant. However, the CVVM interviewed people over the age of 15, not just adults.

Interest in younger age groups has been weaker from the very beginning when registrations were opened for ever-lower age categories. In terms of health impacts, however, there is a problem especially in the group of older people. Although the vaccination rate is relatively high in age groups older than 60, there are still almost half a million unvaccinated.

The declining interest in vaccination is also shown by data from the ministry of health. In recent weeks, the daily number of people newly vaccinated has been gradually declining. While in mid-July almost 100,000 people were vaccinated on weekdays, this and last week only around 50,000 were vaccinated per day.

In addition, this includes the second dose of vaccination. While in mid-July, paramedics administered over 25,000 first doses a day, this week it has been only close to 10,000, and in the previous week, the first doses did not exceed 20,000. The decrease also applies to the reported vaccinations in the age groups over 60 years, where healthcare professionals in the last week administered only about 1,000 first doses a day, while in mid-July it was around 3,000.

The government reacted in mid-summer after long-term warnings from experts that a large part of risky age groups are still unvaccinated. For example, so-called letters of invitation from the General Health Insurance Company (VZP), which called on seniors to be vaccinated, were sent to unvaccinated individuals at risk. They also contained information on how to register for it. “Vaccination is free, demonstrably safe, effective, and voluntary. As you belong to the priority age group, which we want to protect as soon as possible, we highly recommend vaccination,“ said VZP in the letter.

Mobile teams should focus on border regions, where there are the highest numbers of unvaccinated seniors. The Moravian-Silesian and Zlín regions pointed out that it is very far from some of their areas to vaccination centers.

According to Michal Bartoš, director of the Regional Hygiene Station in Pilsen, the lower vaccination coverage at the border may also be related to the fact that many commuters are living at the border who have been vaccinated in Germany and have not been reflected in Czech vaccinated statistics.

The number of new cases in the Czech Republic is slightly increasing. On Wednesday, tests revealed 223 people, which was almost one-tenth more than a week ago. This follows from data on the website of the Ministry of Health. The reproduction number indicating how many other people get infected with one positive tested was 1.11 on Thursday.

The so-called incidence number, i.e., the number of confirmed cases in the last seven days per 100,000 inhabitants, rose from Wednesday’s 11 to 12. An important figure for hospitalizations has been at around 50 people for a long time, and there were 15 severe cases as of Thursday.

Title image: A person gets a Pfizer vaccine at the National vaccination center in Prague, Czech Republic, Friday, April 9, 2021. On Friday, the center, the biggest in the country, held its final trials before being able to vaccinate up to 10,000 people a day. (AP Photo/Petr David Josek)