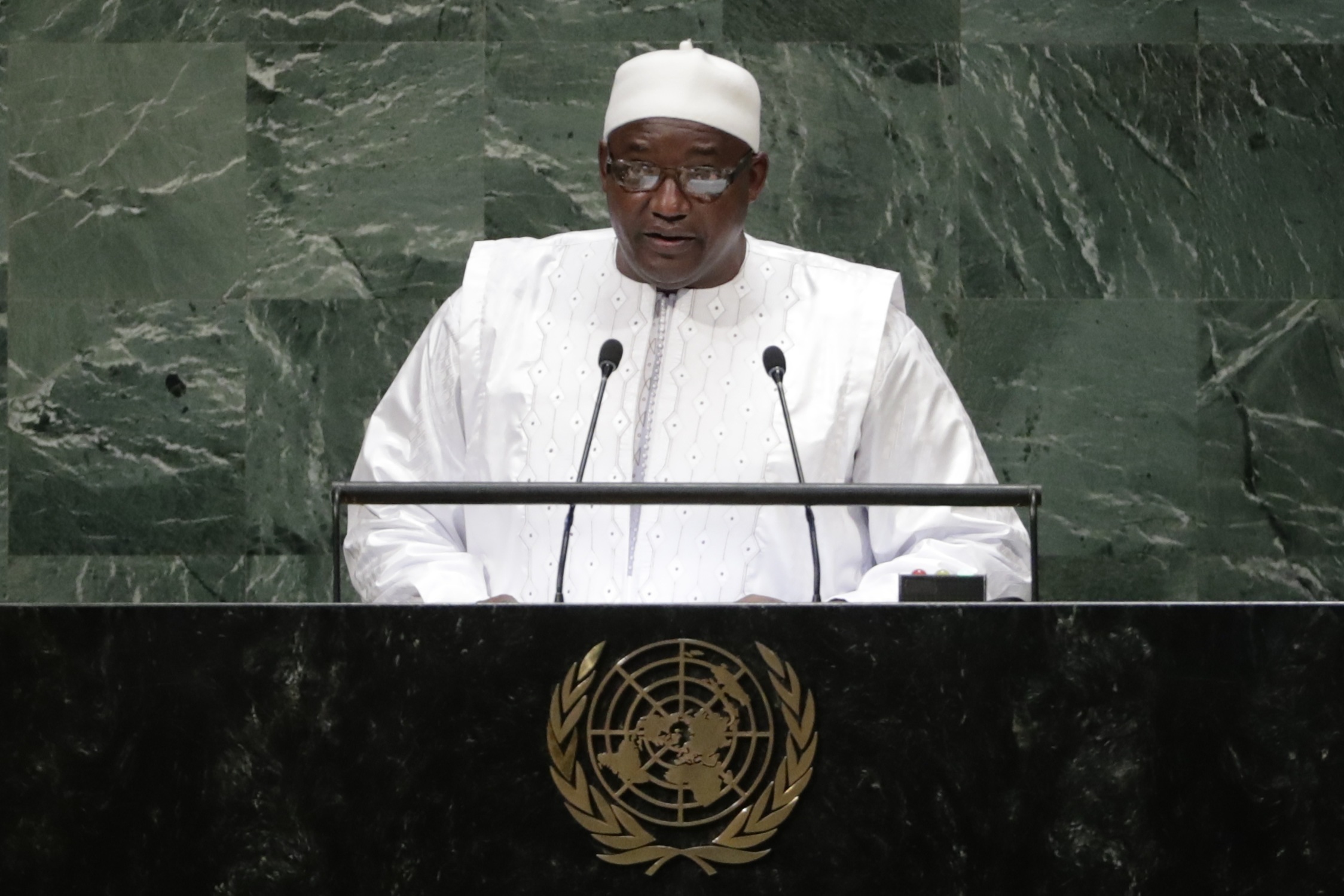 The African country of The Gambia, headed by President Adama Barrow, is refusing to take back thousands of its citizens currently living in Germany and elsewhere in the European Union who have been issued deportation orders, blocking their repatriations back to West Africa.

As a result of Barrow refusing to issue landing permits for deportation pilots from European Union countries since 2019, the bloc’s authorities have and continue to be powerless to deport 6,000 of the 16,000 Gambians currently residing in Germany who have been ordered to leave the country, Die Welt reports.

The Gambia — where 95 percent of the population is Muslim — claims that it cannot take back its citizens who are residing illegally in Europe because they are “unable to be reintegrated back into society” — and if repatriated — would bring social unrest to the country. Thus, the government is refusing to comply with international law, which obliges country’s to take back their deported nationals.

“Social unrest” can be expected when thousands of Gambian’s return, a spokesman for the Gambian government claimed. “We are trying to consolidate peace, stability, and democracy in our country.”

There are several reasons why President Barrow, who’s up for reelection this coming December, doesn’t want to see Gambian deportees who are living across Europe repatriated. One of the main reasons repeatedly given by Barrow is that the majority of the country’s population – composed of a little over 2 million people – believes that the departure of these young men now living across Europe has helped to eliminate crime and violence in the Gambia. If these young men were returned, they believe the crime and violence would inevitably come back as well, he claims.

Furthermore, given Gambia’s dependence on remittances from Germany and the European Union, which comprise more than a fifth — exactly 21 percent — of its total gross domestic product (GDP), the country’s economy would likely see a sharp downturn if many of its citizens were repatriated. As a result, it would be ill-advised from a economic point of view for Barrow to allow deportation flights from Europe to land during the election campaign.

Per data from the International Monetary Fund (IMF), Gambians in the diaspora — composed of some 118,00 people living outside of the country — sent back €495 million ($588 million) in the year 2020.

“Many livelihoods depend on money transfers from Europe,” said Julian Straiger, a representative of the Baden Württemberg Refugee Council.

People like Emmanuel Bensah, a policy analyst on the Economic Community of West African States (ECOWAS) and the African Union, contend there are other factors like the COVID-19 pandemic which have played a significant role in influencing Gambia’s position on receiving deportees.

“Gambia’s president cannot be sure of the COVID-19 status of those who are being deported. In addition, the Gambia is a small country, and the health system has not been coping so well with COVID-19,” Bensah said, arguing that the arrival of deportees would, without a doubt, be an added burden for the country.

In light of Gambia’s foreign policy behavior, authorities in Germany and Austria have become anxious that landing bans like the one enacted by President Barrow could become commonplace throughout Africa. According to international law expert Gawaya Tegulle, European governments are right to be nervous since Gambia’s decision is not isolated, noting that similar incidents involving the governments of Guinea, Eritrea, and Sierra Leone have already taken place.