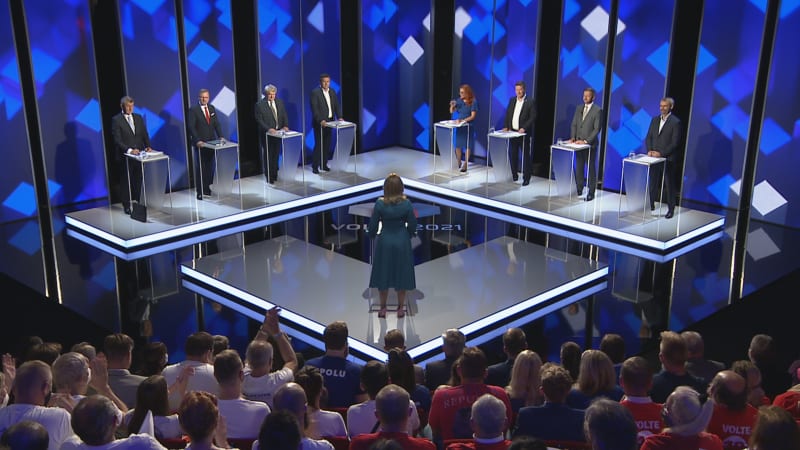 Representatives of eight parties running for the Chamber of Deputies met on Sunday evening in a pre-election debate on CNN Prima News, however, the leader of the coalition of Pirates and the Mayors and Independents (STAN) movement, Ivan Bartoš, was missing and replaced by the head of STAN, Vít Rakušan.

The heated debate saw the candidates clash over the country’s pandemic response and the state of emergency, while the topic of remaining in the European Union was also addressed.

Where is the Pirates‘ leader?

In the debate, the head of the ANO movement and Prime Minister Andrej Babiš asked the chairman of STAN Vít Rakušan the location of the leader of the coalition of Pirates and STAN, Ivan Bartoš.

“We are a coalition of two leaders. We don’t have an owner and Mr. Bartoš faced you in the debate on Friday,“ Rakušan responded.

In addition, a Sunday survey by Kantar showed that the Pirates had fallen below the Mayors’ (STAN) preferences. And coalition preferences are declining overall. While in the spring, the coalition was the sovereign favorite of the election, now they are only in third place in the polls.

The leader of the Oath movement, Robert Šlachta, joined the Minister of the Interior and the Head of Social Democracy, Jan Hamáček, in the discussion over the leadership of the Interior ministry.

“You devastated the Interior Ministry. I do not trust Mr. Hamáček’s leadership,“ he said in the debate.

Hamáček, on the other hand, attacked the opposition over coronavirus in the election debate. He recalled the time when the extension of the state of emergency in the Chamber of Deputies did not pass.

“Lifting a state of emergency at a time when hospitals are full is the same as turning off the water for firefighters in a fire,” he said.

The prime minister agreed with Hamáček.

“The opposition has done everything in its power to prevent the extension of the state of emergency. It endangered the lives of our citizens,“ says Babiš.

“I am shocked that you dare to say that. You have the imprint of a white cross on the sole,“ responded the chairman of STAN Rakušan, referring to a rally where activists from the Million moments for Democracy painted white crosses on the pavement.

“Thirty thousand people have died. The state has not succeeded. We had the longest closed schools. This cannot be blamed on the opposition. The government is to blame,“ said Petr Fiala, the leader of the right-wing Spolu coalition.

And the European Union has also been discussed as the Freedom and Direct Democracy (SPD) is pushing for Czexit.

On Sunday, Zuzana Majerová Zahradníková (Tricolor) again stated that pupils in schools should have patriotic and military lessons again.

“Patriotic teaching is what every teacher should cultivate in every child,” she said. 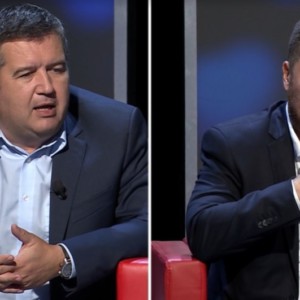