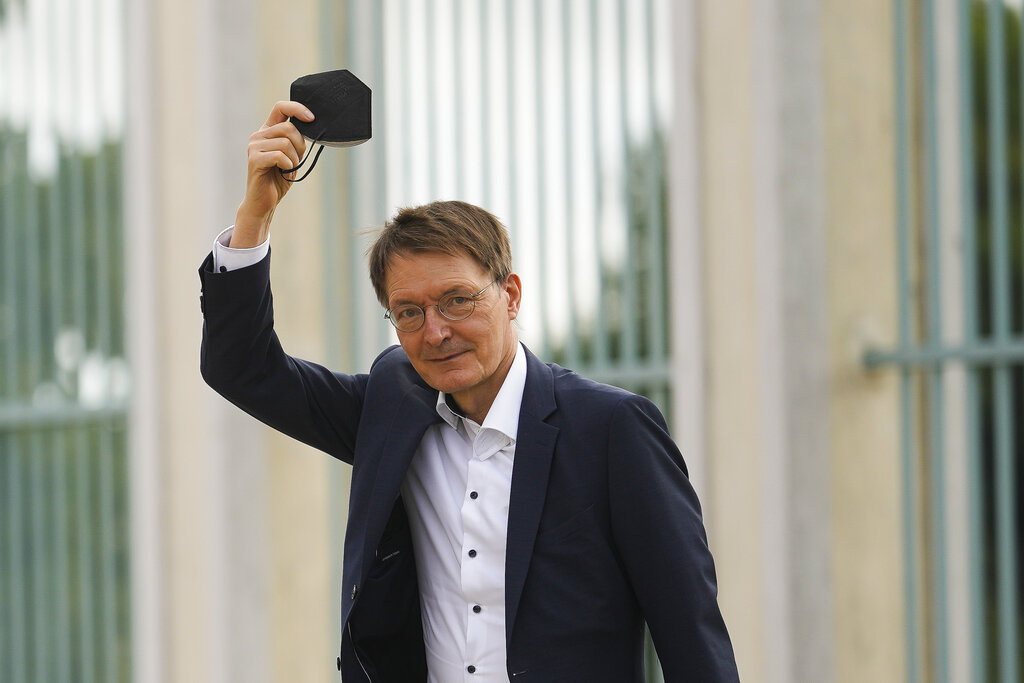 FILE - German Health Minister Karl Lauterbach arrives at the German government guest house Meseberg Palace for a two days cabinet meeting of the government in Meseberg, north of Berlin, Germany, Aug. 30, 2022. Germany's health minister has unveiled plans to decriminalize the possession of up to 30 grams of cannabis and allow the sale of the substance to adults for recreational purposes. (AP Photo/Markus Schreiber, File)

Germany is proposing the most radical plan in Europe when it comes to marijuana legalization, but a number of doctors’ associations are pushing back against the plan, arguing the health risks are clear for young people.

The president of the professional association of German pediatricians and adolescent physicians, Thomas Fischbach, has warned against the plans of the country’s so-called traffic light coalition to make cannabis legal.

“Regular cannabis use can cause irreparable brain damage in adolescents and young adults, up to and including permanent impairment of intellectual performance and social competence,” he told Rheinische Post in an interview. 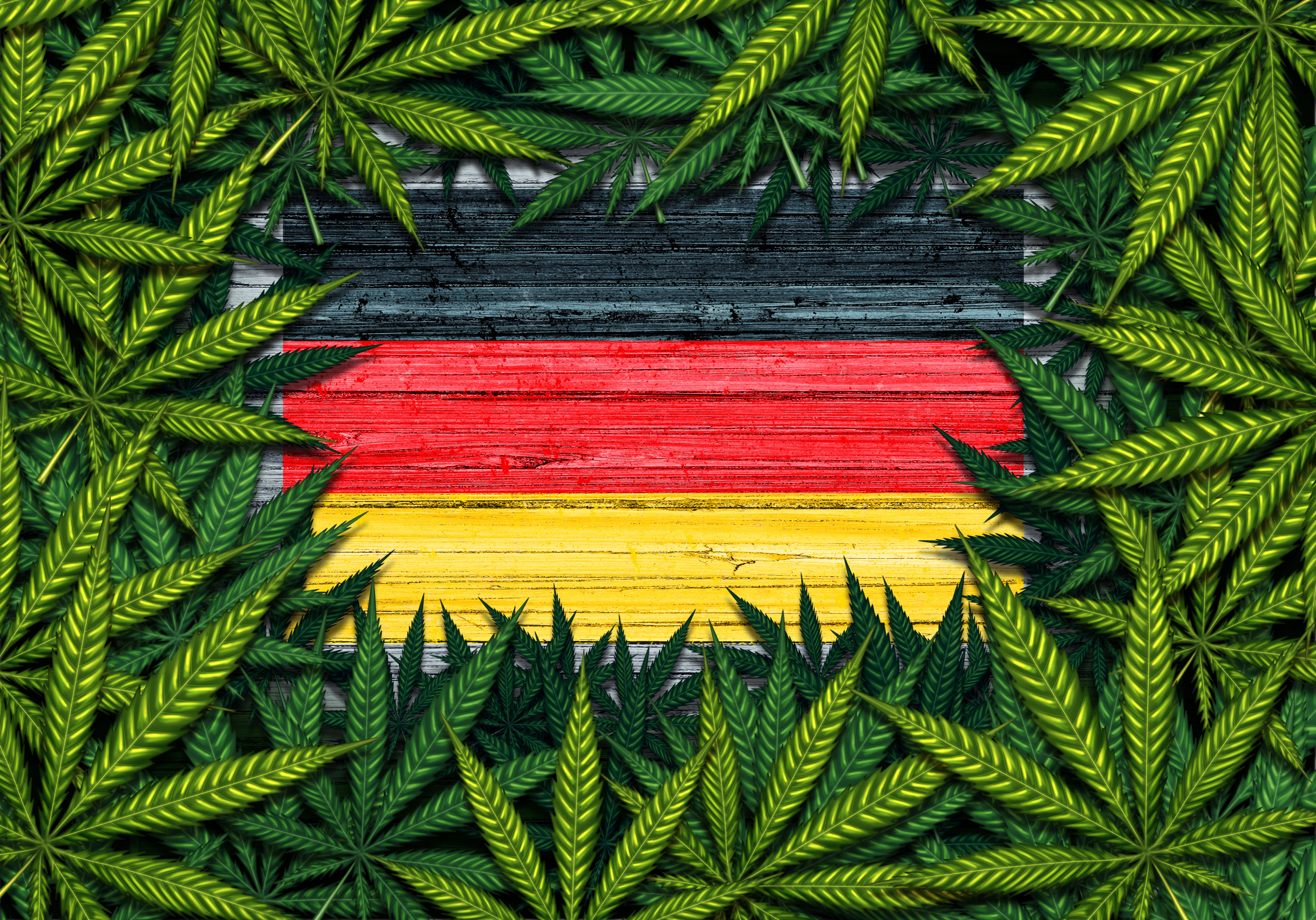 Despite risks, Germany plans to legalize marijuana for recreational use

Despite the health disaster brought on by legalization in the United States, Germany’s government is pushing forward with plans to legalize marijuana

The doctor also pointed out that the drug can cause “irreversible brain damage” in young people, with studies increasingly showing that the drug damages neuron connections and hinders development.

Therefore, the pediatricians and adolescents’ doctors would prefer that there be no legalization of cannabis, because it is unclear how it can be prevented that legally bought cannabis is passed on to under 18-year-olds.

As Remix News previously reported, marijuana is a threat to public health and is increasingly seen as an addictive and dangerous drug due to increased THC content and changing substance abuse patterns related to the drug:

Studies have shown that cannabis use in young people is associated with suicidal thoughts and increased suicide attempts. People who partake in regular use of high-potency THC have an elevated risk for anxiety disorders and schizophrenia. In the city of San Diego, California, there has been a stark increase in emergency room visits since legalization occurred.

“We’re now counting 37 cannabis-related diagnoses a day,” Dr. Roneet Lev, an addiction medicine doctor at Scripps Mercy Hospital in San Diego, told the New York Post, describing her own emergency room experience. “It’s been steadily increasing over the years. When I started in the 1990s, there was no such thing. Now I see one to two cases per shift. The most common symptom is psychosis.”

“We probably see 20 THC-induced psychoses for every amphetamine-induced psychosis,” said Ben Cort, who heads a drug and alcohol treatment center in Colorado, which was among the first two U.S. states to legalize marijuana in 2012. In fact, one study showed a 24 percent increase in psychosis cases in ERs in Colorado after marijuana was legalized.

Marijuana also has the highest conversion rate to schizophrenia of any drugs. Two Danish studies, along with a large-scale study from Finland, put the chances of someone developing schizophrenia after going through marijuana-induced psychosis at approximately 50 percent. With psychosis cases rapidly rising in the U.S., the country is also increasingly facing a long-term mental crisis related to marijuana use.

Despite the threats posed by marijuana, on Wednesday, the federal cabinet agreed on key points for the legalization of the drug. According to the agreement, the active ingredient THC in the drug will no longer be classified as a narcotic. The purchase and possession of up to 30 grams is thus to be permitted and limited home cultivation will also be allowed. Sales would be made through specialist stores.

Federal Health Minister Karl Lauterbach (SPD) wants to push ahead with a law to this effect if the plans pass a European and international law test in Brussels.

The Association of German Criminal Police Officers (BDK) also has a number of questions about how the law will be implemented even if the organization is fundamentally in favor of “decriminalizing consumers of all narcotics,” its chairman Dirk Peglow told the newspapers of the Funke Media Group.

However, Peglow said it may become difficult for officers to effectively control the substance. It has not yet been clarified how officers could tell the difference between marijuana purchased legally or illegally. Black market marijuana, for example with higher THC content, is still expected to be sold in Germany. As in the U.S., this black market marijuana may also end up being cheaper than that which is sold legally.

Peglow also said young people need to be protected, warning that the legal purchase of cannabis for adults would threaten to concentrate the illegal trade more on the target group of children and young people. 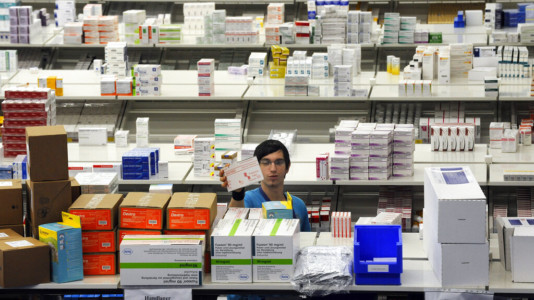