German election results could herald a transformation of CDU party 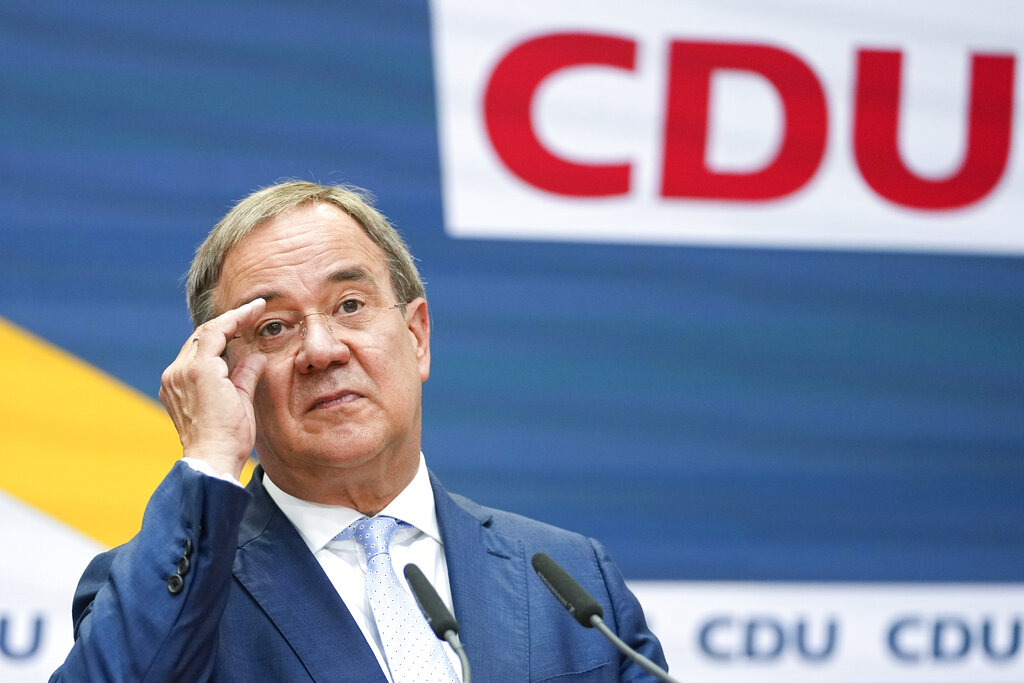 Candidate for chancellor of the Christian Union parties block Armin Laschet briefs the media after a leaders meeting of his Christian Democratic Union party CDU at the headquarters in Berlin, Monday, Sept. 27, 2021. Following Sunday's election leaders of the German parties were meeting Monday to digest a result that saw Merkel's Union bloc slump to its worst-ever result in a national election and appeared to put the keys to power in the hands of two opposition parties. Both Social Democrat Olaf Scholz and Armin Laschet, the candidate of Merkel's party, laid a claim to leading the next government. (AP Photo/Martin Meissner)

For the first election since World War II, no German party has reached 30 percent of the votes. The current results are a far cry from when the Social Democrat Gerhard Schröder scored 40.9 percent or the Christian Democrat Helmut Kohl 48.8 percent — or the total of his successor, Angela Merkel in 2013, who earned 41.5 percent. For the Christian Democratic CDU/CSU party alliance, the current result is also painful because it also calls into question what the party now represents and what it will represent in the future.

Another important lesson is that the uninspired campaign of the CDU also contributed to the rise of the SPD, which had previously sunk to an historic low. This is another message to a European People’s Party which is rapidly weakening at the European level: it does not pay for a Christian Democratic party to pose as liberal instead of defending its own values. The classic people’s parties of the past focused on their Christian, democratic and often conservative roots, something parties like the CDU have long since abandoned.

Right after this underwhelming CDU/CSU campaign, the real fight will begin. The German press will likely speculate what potential coalitions could form: the SPD-Greens-FDP coalition, called the traffic-light coalition or the CDU-Greens-FDP Coalition, called Jamaica, which are names derived from the parties’ color symbols.

According to the German constitution, it is not simply the party with the highest result that can form a government; so, the competition remains open. The chancellor will not necessarily be the one who received the most votes, but the one with better negotiating skills. Whoever wins will be in a difficult position: in addition to keeping its own members in line, there will be two additional parties that must also be kept in line.

According to the press, the neoliberal FDP and the Greens will inevitably be included in the next government. FDP President Christian Lindner is not in an easy position, as the pro-market FDP would have a hard time compromising with the Social Democrats and the Greens over a range of issues, including taxes.

The choice of FDP’s supporters seems certain: according to an earlier poll, one-third of FDP supporters considered voting for the CDU if only to prevent a social democratic government. The Greens’ co-chairs, Annalena Baerbock and Robert Habeck, on the other hand, need to bear in mind that their voters would rather pull to the left. In essence, these two parties will decide who will be the chancellor, and their bilateral talks will thus be crucial.

As for the future of Angela Merkel’s party, the Frankfurter Allgemeine Zeitung advised the CDU on Sunday night to rally behind Laschet because he will most certainly have a better chance of forming a coalition if he doesn’t have to worry about being stabbed in the back by his own kind.

The advice was quite timely, as some within the CDU ranks on Sunday night wanted to see personal consequences doled out due to the election disaster. The Bavarian sister party CSU did not perform particularly well either, but it still fared better. Bavarian Prime Minister Markus Söder — who wanted to be a chancellor candidate but was not elected by the CDU even though he was much more popular — could still be the source of some difficulty for Laschet. If the Jamaica coalition does not come together, the opposition will come to power after a 16-year break.

It is certain that the new government, whoever it is, will face a series of huge tasks, from climate issues to migration and social policy. From the Hungarian point of view, the reassuring fact is that although it will still face many attacks from the left, strong bilateral economic relations are unlikely to erode.

As far as Europe is concerned, until the white smoke rises in Berlin, EU policy will stagnate. Explicitly or implicitly, important decisions will be further delayed. 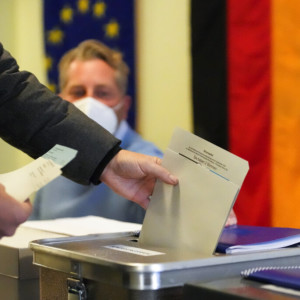 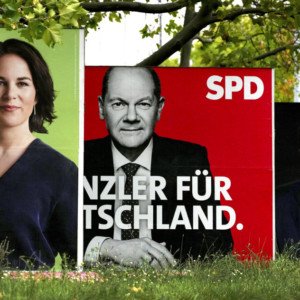 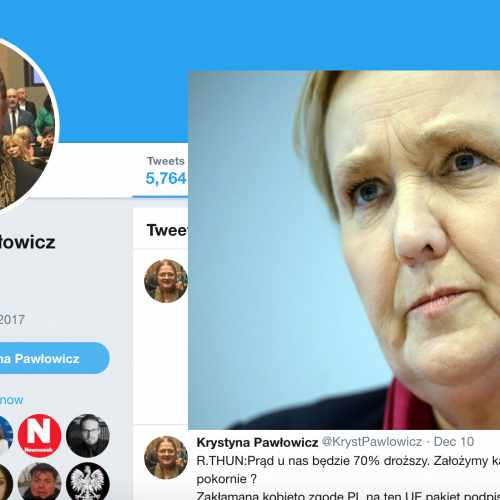