Germany stands ready to send additional troops to the Baltics

However, Germany will maintain its policy of not delivering arms to conflict regions 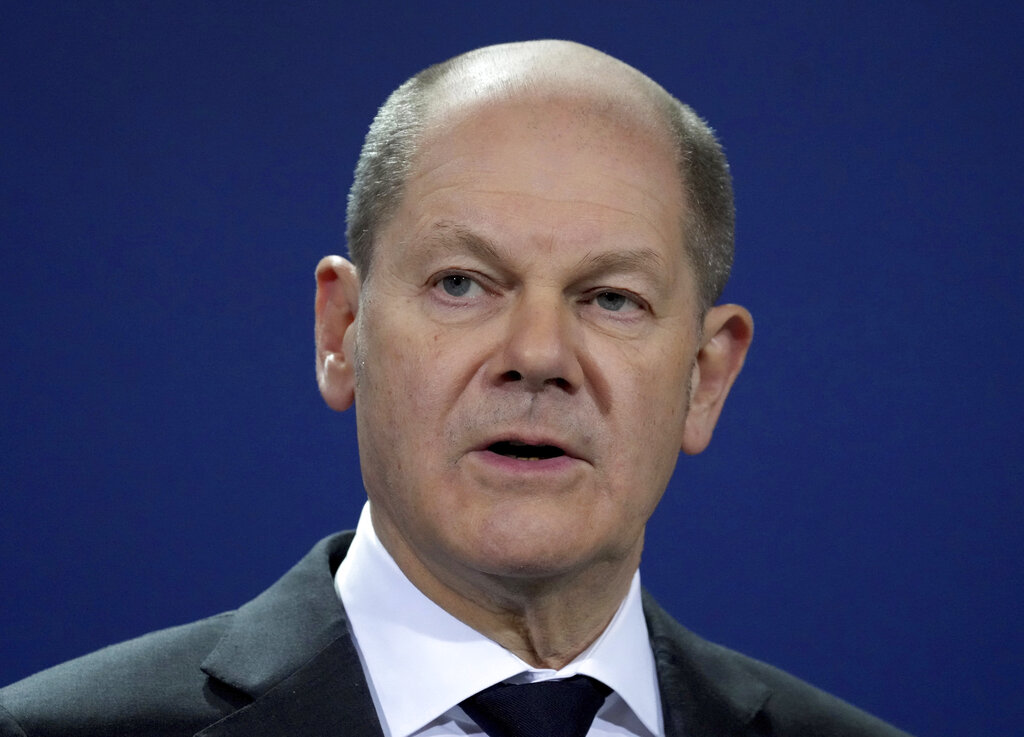 File---File photo shows German Chancellor Olaf Scholz speaking during a joint press conference with German Economy and Climate Minister Robert Habeck and German Finance Minister Christian Lindner after a one-day closed meeting of the German government at the Chancellery in Berlin, Germany, Friday, Jan. 21, 2022. German Chancellor Olaf Scholz is flying to Washington this week on a mission to reassure Americans that his country stands alongside the United States and other NATO partners in opposing any Russian aggression against Ukraine. (AP Photo/Michael Sohn, pool)

Germany is ready to send additional troops to the Baltic countries, the country’s chancellor, Olaf Scholz, announced on Sunday.

“We are ready to make a decision,” Scholz replied when questioned about Germany’s commitment to an increased NATO presence in the region. He added that the decision of sending further reinforcements could be made at a meeting of NATO defense ministers scheduled for mid-February.

Germany is currently leading a NATO operation in Lithuania where 500 German troops are deployed.

German Defense Minister Christine Lambrecht had said previously that Berlin was ready to strengthen its presence in Lithuania, saying that “there are troops available” and that Berlin was discussing with Vilnius “what would be useful.”

The German chancellor, who is expected in Washington on Monday for his first meeting with U.S. President Joe Biden, is also scheduled to meet with leaders of the former Soviet Baltic republics in Berlin later this week and will travel to Ukraine and Russia this month.

Speaking to German media on Sunday, Scholz reiterated that Germany “does not deliver weapons to places in crisis and does not deliver lethal weapons to Ukraine,” stressing that this was also the position of his predecessor, Angela Merkel, and that a majority of Germans hold the same opinion.

He also blamed Germany’s European NATO partners, as well as the United States, for not exerting enough pressure amid the escalating tensions on the Ukrainian-Russian border. 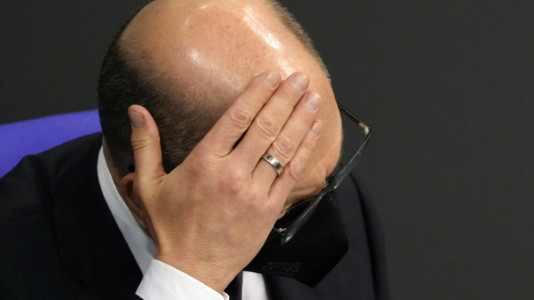 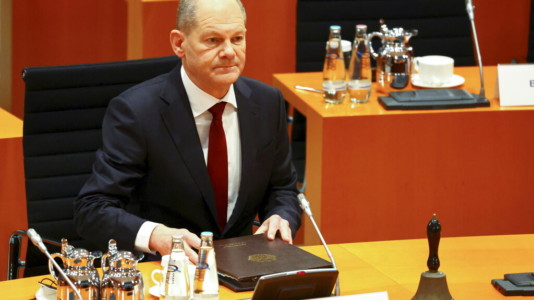