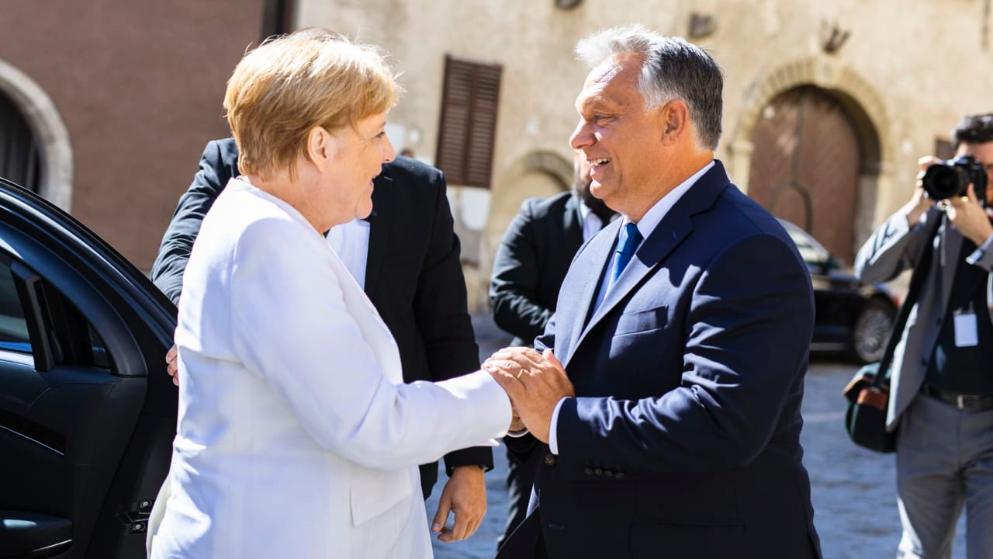 On the day Social-Democrat politician Olaf Scholz was elected chancellor of Germany, Hungarian Prime Minister Viktor Orbán published a farewell article in tabloid Bild Zeitung, a farewell from Chancellor Merkel, after whose departure from politics Orbán becomes the longest-serving prime minister of the European Union.

The article, entitled “The migration crisis of 2015 broke our unity”, is largely the same as Orbán’s Samizdat 14 one, published on the prime minister’s homepage a few days ago, in which he wrote:

“The loyal and disciplined Germans, the rebellious and reckless Hungarians, stood together for a common goal: a Europe in which all nations can feel at home.

And then the rupture, or rather fracture of the 2015 migratory invasion — the kind of injury from which an athlete’s movement will no longer be what it once was. He rehabilitates, he tries, he struggles, but more out of honor than anything else. He knows, and after a while he admits, he can’t get his old form back.”

Orbán wrote that it is too early to tell whether Merkel’s stance on migration “opens the door to trouble.” He concluded that article with saying that “One thing is for sure: the era of ambiguity, stealth politics and drifting has ended with Merkel. The gloves are now off as we enter a new age.”

The Bild Zeitung article has an additional two paragraphs at the end, which are a message to the future government of Germany, pointing out the basis of one thousand years of cooperation on which it is possible to build the future.

“Our two peoples have a much closer emotional bond than others because they are the only ones who have never been at war for over 1,000 years. It was the Hungarians who knocked the first stone out of the Berlin Wall and thus laid the foundation stone for a free Europe in 1989,” Orbán wrote.

“The development (of bilateral relations) under the future government in Germany will show whether different views are perceived as enrichment and mutual respect in a colorful Europe or seen as a burden.”