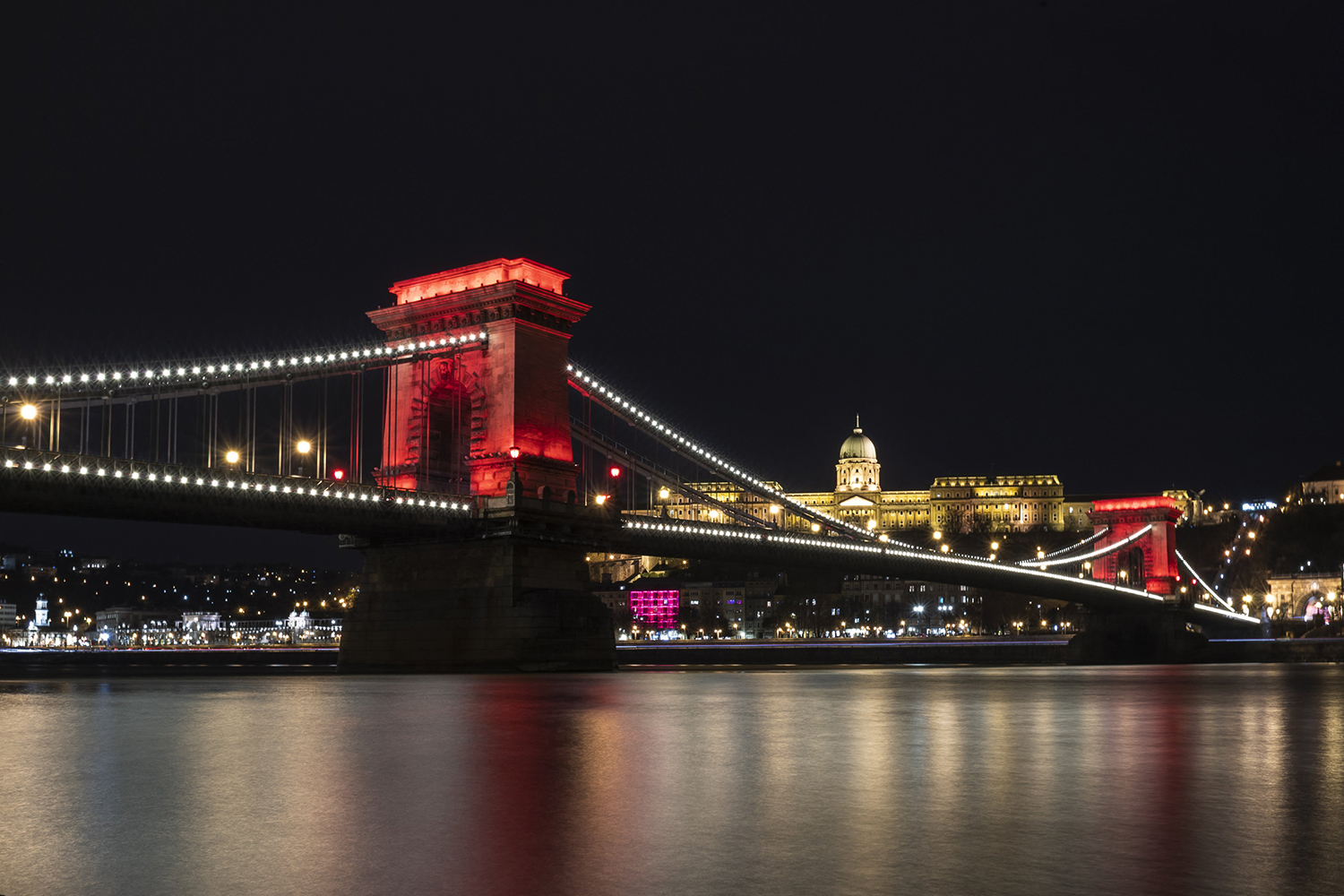 The Chain Bridge, one of the Hungarian capital’s best-known landmarks, was lit red on Sunday to commemorate World AIDS Day.

Nearly everyone who comes to Budapest pays a visit to the bridge and takes a few photos of it. As one of Budapest’s main tourist attractions,  the bridge is lit up in different colors to celebrate certain key occasions and important events.

But on Sunday it was all red – offering a stunning contrast to the Royal Palace lit up all in white in the background.

The bridge was designed by the English engineer William Tierney Clark and built by the Scottish engineer Adam Clark. It was also the first permanent bridge across the Danube in Hungary, opening in 1849.

After completing the Chain Bridge, Adam Clark stayed in Hungary, married a member of the Hungarian aristocracy and died of lung disease in 1866. While practically unknown in Scotland, he is a household name in Hungary and even had a square named after him in 1912. The square connects the bridge he built with the tunnel he subsequently designed and built, the Buda Tunnel.