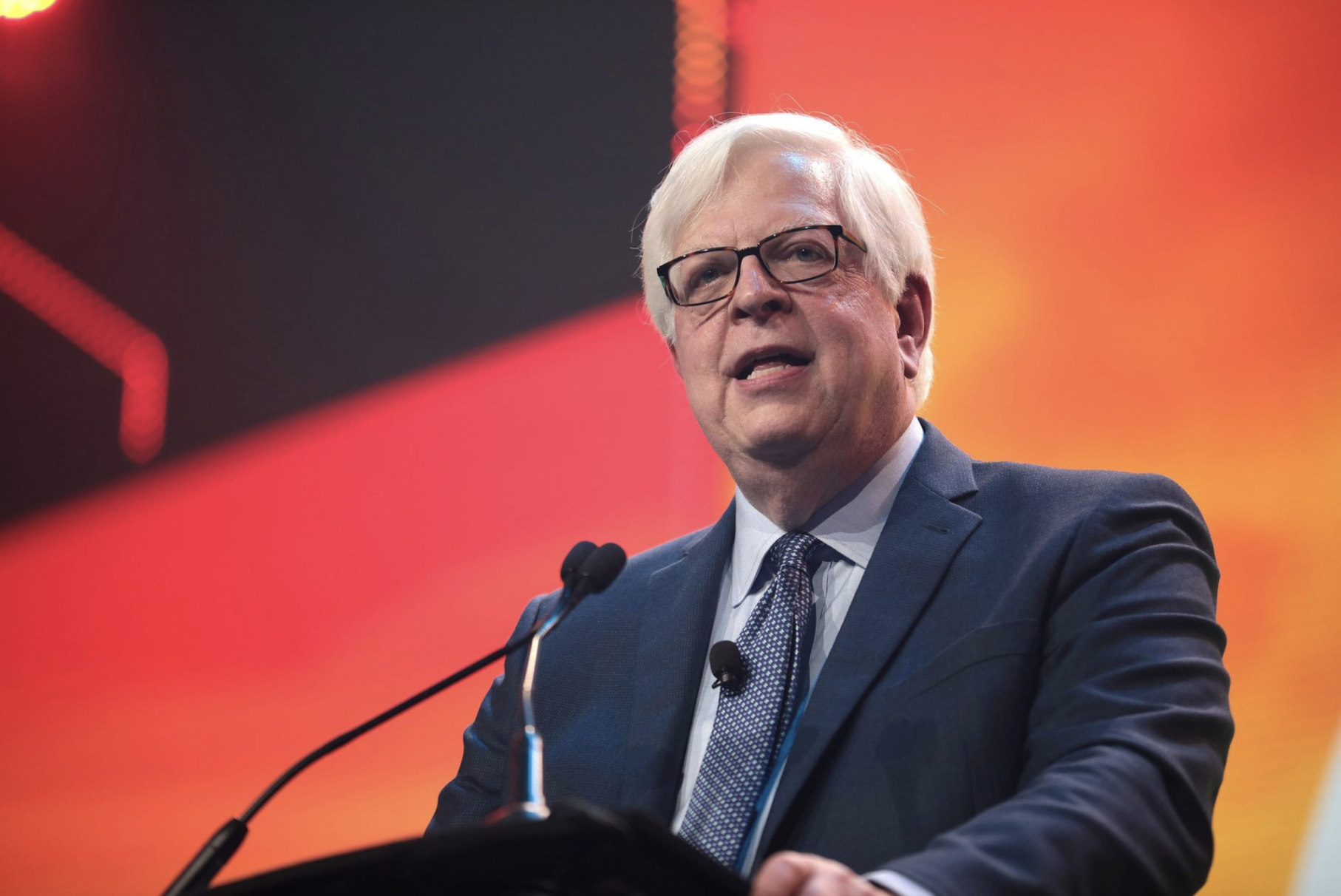 Dennis Prager, the well-known US author and publicist, has been visiting Hungary in recent days, joining other notable conservative thinkers such as Tucker Carlson, Rod Dreher and Douglas Murray. He has been talking to the Hungarian public broadcaster about his experience in the country during his latest visit.

Prager acknowledges that this is his fifth visit to the country, the first being some half a century ago during the Communist regime of János Kádár. Reflecting on his previous visits, he asserts that this time the people he met seemed happier and friendlier than before. To the radio host’s question as to how this experience contrasts with the general view that the Western mainstream media spews about Hungary as a homophobic and racist country, Prager reacted dismissively. In his view, there is no conservative country in the world today that would not be labeled as homophobic, xenophobic or racist by the progressive left.

In Prager’s opinion, the left does not argue rationally, but labels people. He lists his own example as one who has been accused of anti-Semitism while teaching at a university despite the fact that he is Jewish. The fact that he wrote about understanding Judaism and was a prominent member of several Jewish organizations, he could not avoid being labelled as antisemitic.

Prager most probably refers to the conflict from the 1990s, when he entered a serious argument with the Anti-Defamation League (ADL) over their report on the Christian right that they accused of bias against Jews. Prager, a conservative and a sympathizer of the Christian right, had criticized the report as politically partisan, and was therefore a subject of numerous attacks from the left.

In his view, the political left are throwing around such labels because they are not writing with serious intent, their method and aim is to excommunicate and to condemn. Therefore, there is no point in taking seriously anything that they say, because it is sufficient to simply not stand on the left to be labeled as a racist or a homophobe.

Prager also reflected on the current debate about sexual education in schools, where Hungary is going its own way in banning the popularization of trans and homosexual children in schools. Prager himself has expressed his skepticism over sexual education in elementary school and denied that this opinion springs from some homophobic prejudice, because even heterosexual practices are not a subject that he would advocate as a suitable curriculum for grammar-school-age children. In his opinion, the main task of adults is to preserve children’s innocence rather than to teach them sexual behavioral doctrines.

He also reminded the audience that today if someone speaks up in defense of the Western civilization, then he is automatically labeled as a white supremacist. But what does the defense of the West to do with white supremacy? Nothing, opined the US author. Hitler was a white supremacist, but he was precisely the one who wanted to abolish Western civilization. In his view, it is unfortunate that Hungarians are having to experience such debates, in the West they are already completely accustomed to this kind of ideology.

If I want to look for salvation, I look East, claimed Prager.

When asked about the elements of Western civilization, Prager identified these as liberty and Judeo-Christian values. These are the most important, but the left are denying these values, and are denying liberty. But there is also patriotism, the love of one’s own country. You do not love your country because you are hating others, as you do not love your family because you hate other families. You are doing so because this is your moral duty.

In this context, according to Prager, Prime Minister Viktor Orbán was right in not letting in untold numbers from the Middle-East. Not because he would have anti Middle-East sentiments, but because these people are bringing in different cultures that inevitably affect the indigenous societies. And it is very difficult to keep a culture alive.

As far as the situation in the US, Prager thinks there are currently two Americas, a left and a right. There is nothing in common between them, and America is more divided than during the 19th century civil war. The left is not interested in the fact that they are Americans because their aim is to transform the country completely. One must fight, otherwise we will lose the most free country that has ever existed, said the influential author.

“But nowadays, I often wonder, although I do not know the answer, whether Hungary is not freer than the USA. I do not know whether it is, but earlier I have never wondered about such things for sure,” concludes Prager.