Viktor Orbán, prime minister of Hungary, will remain the leader of Hungary’s conservative Fidesz Party as the country gears up for national elections in the spring 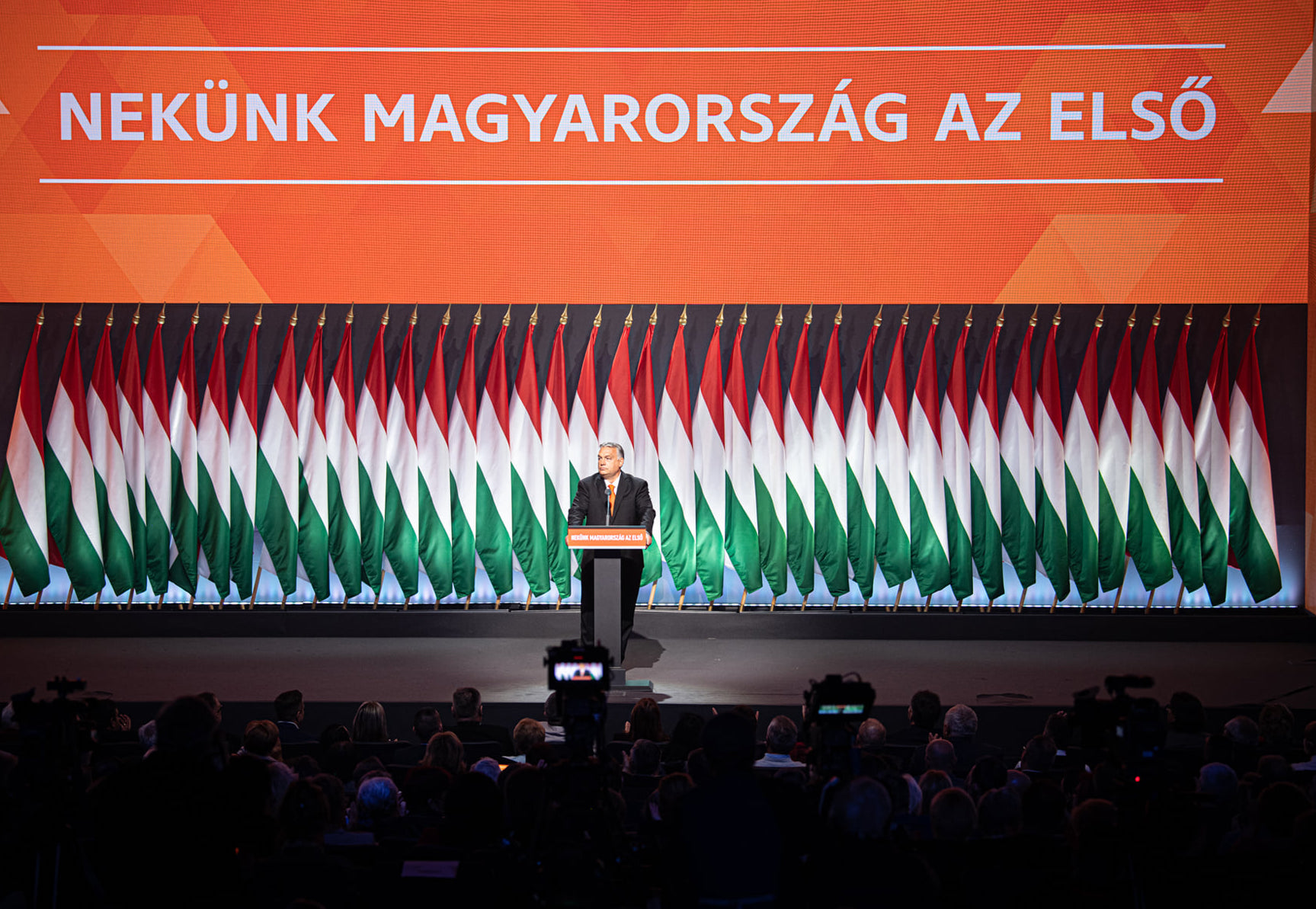 “It’s not the bread that is small, it’s your mouth that is too big,” is the communist-era joke that Viktor Orbán told his audience during his party’s 29th National Executive Congress, where he was reelected as Fidesz’s leader. The joke was a reference to what Orbán says is the approach of the country’s opposition to solving problems.

In his speech to party members, the Hungarian prime minister said that since the existence of Fidesz, he has remained loyal to himself, loyal to Hungary and its people. In the last 33 years, more Hungarians have voted in favor of his party than for any other party in Hungary’s parliamentary history, he stressed. We are successful, he said, because what Fidesz does, it does it with passion.

“We are aiming at the top and we want to get Hungary there,” he emphasized.

Orbán stated that 16 years in opposition and 16 years in government can only be spent with unwavering optimism, trust and deep faith. He said there are three kinds of patriotism: the orator, the mourner, and the creator. He emphasized that he is a believer in creative patriotism and a productive life, and in his view this is what described the political community of Fidesz best.

He explained that without clear goals, there is no successful government, no successful country, and no nation living in peace and happiness with itself. According to him, Fidesz has been an outspoken group of politicians for 12 years and have preserved their goals, which he summed up in ten points:

He said that when his government came back to power in 2010, they inherited a bankrupt country from the socialists, recovered it and moved it forward.

“This is our moral basis, and therefore we can ask for the confidence of the Hungarian electorate again with confidence and a good chance,” he pointed out.

He said that the government’s most important ally is reality itself, but the left and the liberals do not share his passion for facts.

“Our task is doing our job, theirs is being liberals,” he said. He added that the left cannot show any serious results for their efforts, but they are proud liberals whose only knowledge is to tell others how to live their lives and how to think.

“We can become a developed country. We can also eradicate the remnants of poverty. We can be a country of people who are green, healthy, preserve their natural treasures and beauties, and live healthier and longer lives,” he said. Orbán said that only a few countries manage to be among the most developed, but there are some who have achieved that, so it is not impossible.

“We here in Fidesz know exactly how to do it,” he said, listing tax cuts, investment, university development, research, innovation, greater respect for work and workers, rural development and even better government work. He pointed out that in the age of epidemics and migration, security is the most important issue in Hungary.

Orbán reminded his audience that he is in a dispute with an international network in Brussels that wants to impose brutal taxes on people under the guise of climate protection, and that people’s financial security is at stake because they want families to pay for climate protection instead of large multinationals who are responsible for most pollution.

The prime minister also said Brussels must be completely renewed before it falls to pieces out of its own momentum. He described an EU that is stumbling from crisis to crisis, a “rainbow-colored shadow of itself,” and if it goes on like this, it will disappear like “the moon during a lunar cycle.” That is why Fidesz supports the Polish initiative to reorganize the entire European right into a new political bloc, emphasized Orbán.

Hungary’s prime minister added that he wants sovereignty for Hungarians, but also aims for European unity instead of further integration. He explained that Hungary joined the EU because integration with the EU was explained to them as a beneficial thing. Yet, in his interpretation, integration means doing things together and only doing them in a friendly and collaborative way. We have agreed, said Orbán, that only certain types and a limited number of things need to be decided at EU level, and everything else must remain a national competence.

Kinga Gál, member of the European Parliament, was also confirmed as the party’s vice president during the party’s congress.