So far, 429,000 Ukrainian refugees have arrived in Hungary 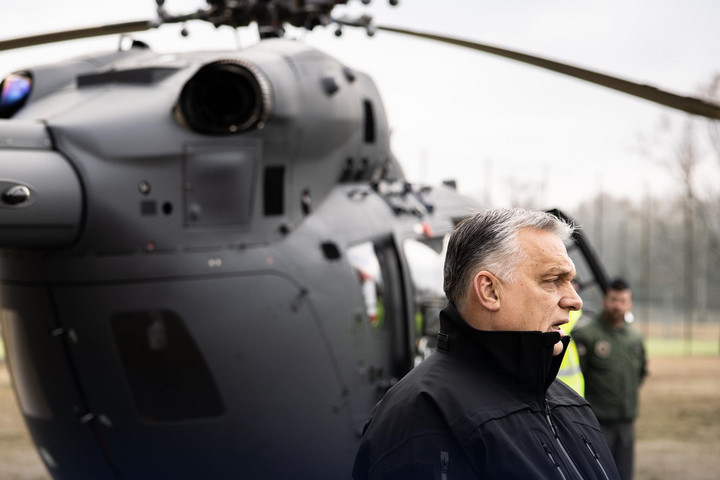 Hungarian Prime Minister Viktor Orbán moved for three days to the barracks in Debrecen, northeastern Hungary, some 70 kilometers from the Ukrainian border to coordinate defense and aid efforts, he announced on Facebook.

“In the next three days, we will organize next week’s defense so that we can continue to help all those in need,” said Orbán on his way to the barracks in Debrecen on Wednesday afternoon.

The prime minister was shown standing in front of a military helicopter, saying that he would be working there (in Debrecen) for the next three days. The reason for this, he continued, is that 429,000 refugees have already arrived in Hungary, according to Wednesday morning reports.

The prime minister will move to the Hungarian-Ukrainian border for three days, where he will personally monitor events in-person and organize the defense.

“And the war is not abating, it is spreading, and as the war spreads, there is a danger that even more people will come to Hungary next week, and this poses a huge challenge for us,” the prime minister pointed out.

He added that so many are coming because they are now fleeing not only in anticipation of but from actual war.

“We are proud that Hungary has been able to take care of all the refugees so far, and in the next three days we will organize the defense of next week so that we can continue to be able to help all those in need,” the prime minister said.

A total of 3 million Ukrainians have fled, with more than half heading to Poland. Hungary is the second-largest recipient of refugees, and overall, a far smaller country both geographically and population-wise than Poland.