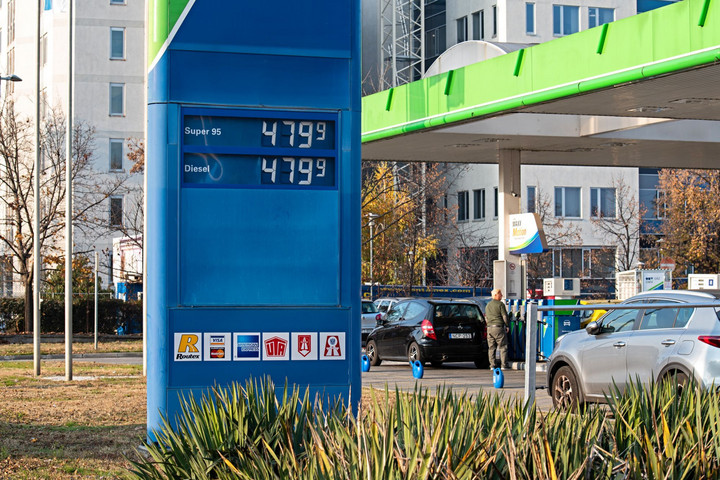 As fuel prices are inevitably embedded in the price of any product or service, the Hungarian government’s decision to cap fuel prices has proved successful in the case of overheads.

At the global level, the recovery from the economic crisis caused by the coronavirus epidemic has been faster than expected. The rapid bounce, on the other hand, led to supply-and-demand frictions, which resulted in a shortage of goods, such as computer chips and automobiles, and thus a rise in prices. This is compounded by other specific factors, such as the backlog in oil investment in recent years, geopolitical tensions and rising transport costs.

All these processes have led to rising energy prices, which all countries are currently facing, commented Dániel Molnár, macroeconomic analyst at the Századvég think tank, saying that the extension of the fuel price cap was a necessary stopgap measure.

Molnár emphasized that in Hungary, due to official prices, households are protected from rising world market prices, but they are also integrated into consumer prices through the corporate sector, which increases inflation. Accelerating inflation will come at a significant cost to households, especially those on low incomes. In other words, in the present situation, we can talk about inflation coming from outside, but gradually being integrated into domestic processes, the expert explained.

While controlling inflation is the job of the central bank, which did already begin interest rate hikes, their effect is not immediate and it has little impact on the supply side. Another difficulty is that some of the factors causing the price increase cannot be eliminated quickly while others are expected to be only a temporary problem. In such a situation, governments may decide to try to cut prices through individual measures such as a price cap until the situation returns to normal, he added.

Molnár emphasized that the cost of the price cap be borne by the gas stations, which would be forced to make a loss in the face of rising oil prices. He explained that the practice is not unique at the international level, but there are countries that try to curb prices with VAT reductions, which at the same time may not have reached consumers, as the Hungarian VAT reductions of previous years were partly absorbed by retailers.