Orbán in Tusványos: Analysis and reaction 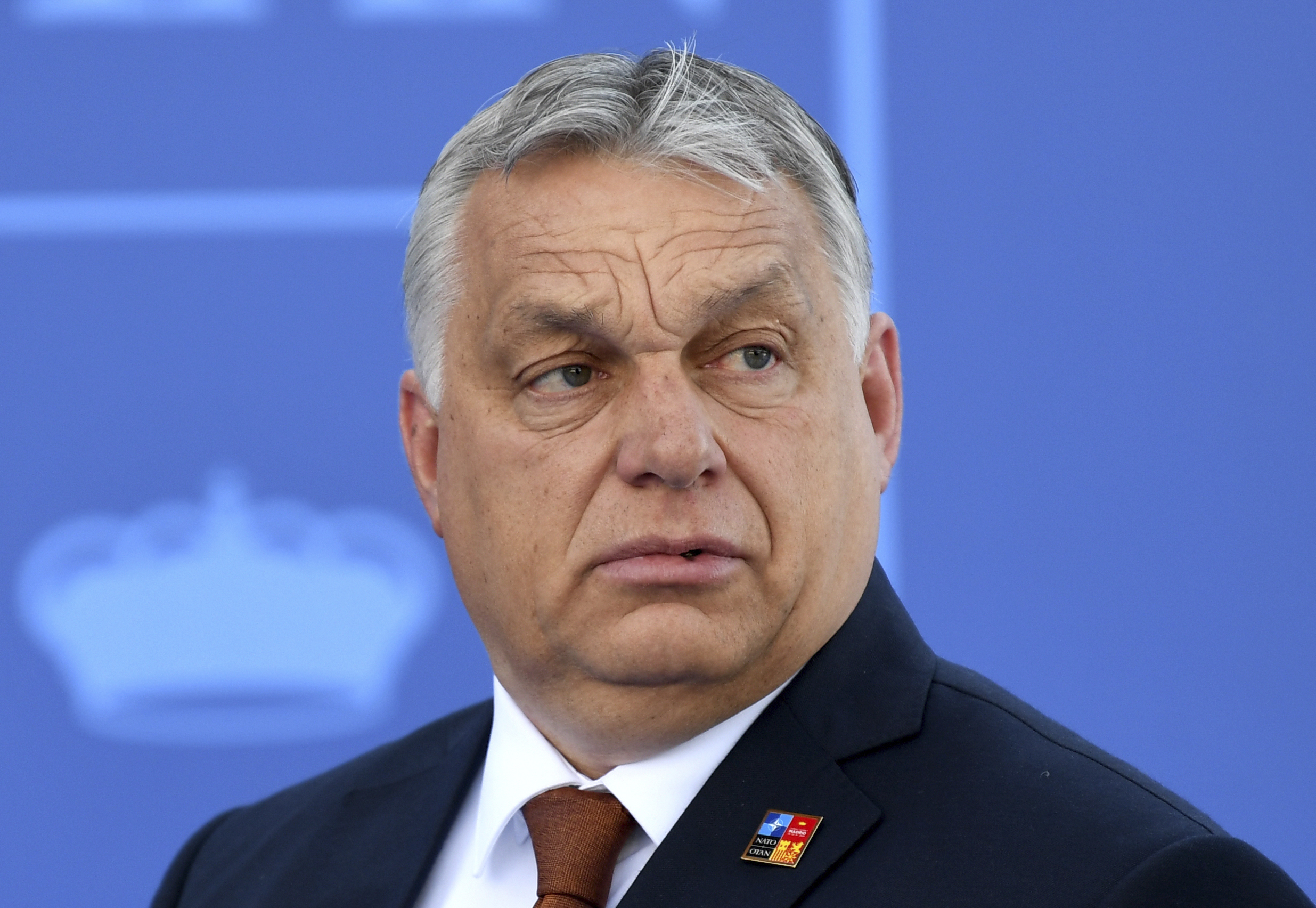 Hungarian Prime Minister Viktor Orbán called for a change in strategy to the Russo-Ukrainian conflict on Saturday, insisting peace could only be reached with direct negotiations between Russia and the United States.

In a wide-ranging speech at the Tusványos Summer Open University in central Romania, Orbán discussed the ongoing war in Europe, its regional and global economic implications, and the effectiveness of current measures such as energy sanctions imposed on the Russian state by the West.

The Hungarian prime minister also used the opportunity to offer his thoughts on societal issues such as “gender madness” and criticized the proposed global minimum corporate tax rate favored by both the European Commission and Democrats in Washington D.C.

A “new strategy” is needed in Ukraine

The conservative leader claimed a “new strategy is needed that should focus on peace talks and drafting a good peace proposal… instead of winning the war.”

Orbán said the current four-pillar strategy that had been adopted — that Ukraine could only win the war with NATO support; that sanctions would weaken Russia; that punitive measures would harm Russia more than Europe; and that the world would unequivocally support Ukraine and NATO — had failed.

Hungary, despite pledging a significant humanitarian response to Ukrainian refugees following the Russian invasion on Feb. 24, has refused to provide arms to either side in the conflict, much to the dismay of liberals in Brussels and conservatives in Warsaw who have been unequivocally supportive of Ukraine’s resistance against Russian forces.

Orbán, however, believes there is a “difference of heart” between the often-aligned Polish government and his own, claiming that Poles already see the conflict as their own war, a perspective that has “shaken” Polish-Hungarian relations.

“In this matter, as it is a matter of the heart, we cannot come to an agreement. So we must save everything we can of the Polish-Hungarian friendship and strategic alliance for the post-war period, with the help of reason,” Orbán said.

“Hungary is a NATO member, and our starting point is that NATO is much stronger than Russia,” he added.

In his view, the conflict cannot be ended with a brokered peace agreement between Ukraine and Russia alone because “Russia wants security guarantees,” and it is only the United States that can allay the Kremlin’s fears of NATO expansionism.

“This war can be ended only with peace talks between Russia and America,” he said.

He also dismissed the European Union’s desire to be a serious negotiating partner that can carry weight in Moscow, saying that Brussels will never be considered a global heavyweight while it fails to deal with foreign policy issues “in its own backyard.”

“We have entered an age of danger,” Orbán told attendees, “and the pillars of Western civilization that were once thought to be unshakable are cracking.”

He put this down to the many world leaders who are now “working to reorganize our lives into a world of blocs.”

Explaining how, in his view, the war materialized, Orbán said Russian security guarantees that had been sent to Washington D.C. regarding Ukraine and the eastward expansion of NATO had been rejected by Joe Biden’s administration, which had been “unwilling to negotiate.”

“If Donald Trump had been the U.S. president, and Angela Merkel the German chancellor, this war would never have broken out,” Orbán said. “But we were not lucky, so now we are in this war.”

Energy sanctions against Russia have failed

The multiple sanctions imposed on Russia by the European Union and the West have done more harm to Europe than they have to Russia, Orbán said.

Hungary has been a vocal opponent to the various restrictions imposed on Russian energy supplies in Europe, a continent hugely reliant on Russian resources — although some countries more so than others. Orbán reiterated his displeasure at the botched approach by Brussels to force Russia into submission.

“We are sitting in a car that has four flat tires,” Orbán said, adding: “It is absolutely clear that the war cannot be won in this way.”

The Hungarian prime minister claimed that with the current state of play, “the Russians sell less energy but have much more revenue,” while the EU shoots itself in the foot and is “losing because its energy deficit has tripled.”

“Hungary can be an exception to the global recession”

“If we stay out of the war, migration, gender madness, the global minimum tax and economic recession, Hungary will be able to maintain its success,” Orbán told attendees.

He pointed to several areas of strength that can help the country avoid the Western decline he anticipates over the next decade. Key factors, in his view, are that Hungary still takes protection of its borders and migratory crises seriously, and that his government has implemented measures to develop the nation’s military capabilities, diversify the country’s energy sources, and both preserve and reinforce a family-based society.

Orbán also pointed to an increase in foreign direct investment into Hungary under his administration, and stated the country was taking advantage of global technological changes; he additionally praised the country’s political stability cemented by the governing party Fidesz’ electoral victory with a two-thirds majority back in April.

“Hungary still has its national intellect, its national sentiment, its culture,” Orbán said. He then reiterated the importance of unity among Hungarians and its allies in what he believes will be a difficult period.

Reaction from the international left

Left-wing journalists and political commentators leapt on Orbán’s remarks in relation to immigration and culture, in which he vowed to protect Hungary’s borders from the wide-scale mass displacement encouraged by the international left; he had also claimed that Hungarians do not want to become a “mixed-race” nation, in reference to the expansion of Islamic culture now prominent in much of Western Europe.

In Brussels, Guy Verhofstadt, the self-proclaimed liberal Eurofederalist who is often critical of conservative governments promoting the preservation of nation-state democracy, accused the Hungarian prime minister of “showing his real face because he knows from experience Europe is too weak to confront him.”

“How long until we cut his funding and power?” Verhofstadt tweeted on Saturday.

Meanwhile, across the Atlantic, the anti-Trump political commentator Bill Kristol reminded his social media followers that Orbán is scheduled to be the opening speaker at the Conservative Political Action Conference (CPAC) on Aug. 4 in Dallas, Texas.

“Will any of the American speakers — who’ll include many GOP presidential candidates — say a word objecting to this, let alone withdraw from the conference?” Kristol asked, commenting on Orbán’s speech.

In response to the international condemnation of Orbán’s remarks, Zoltan Kovacs, the international spokesman for the Hungarian prime minister’s cabinet office, tweeted on Saturday evening: “Reading the articles written by our liberal friends in the domestic and international press, I think we can say that this year’s Tusványos was also a great success.”