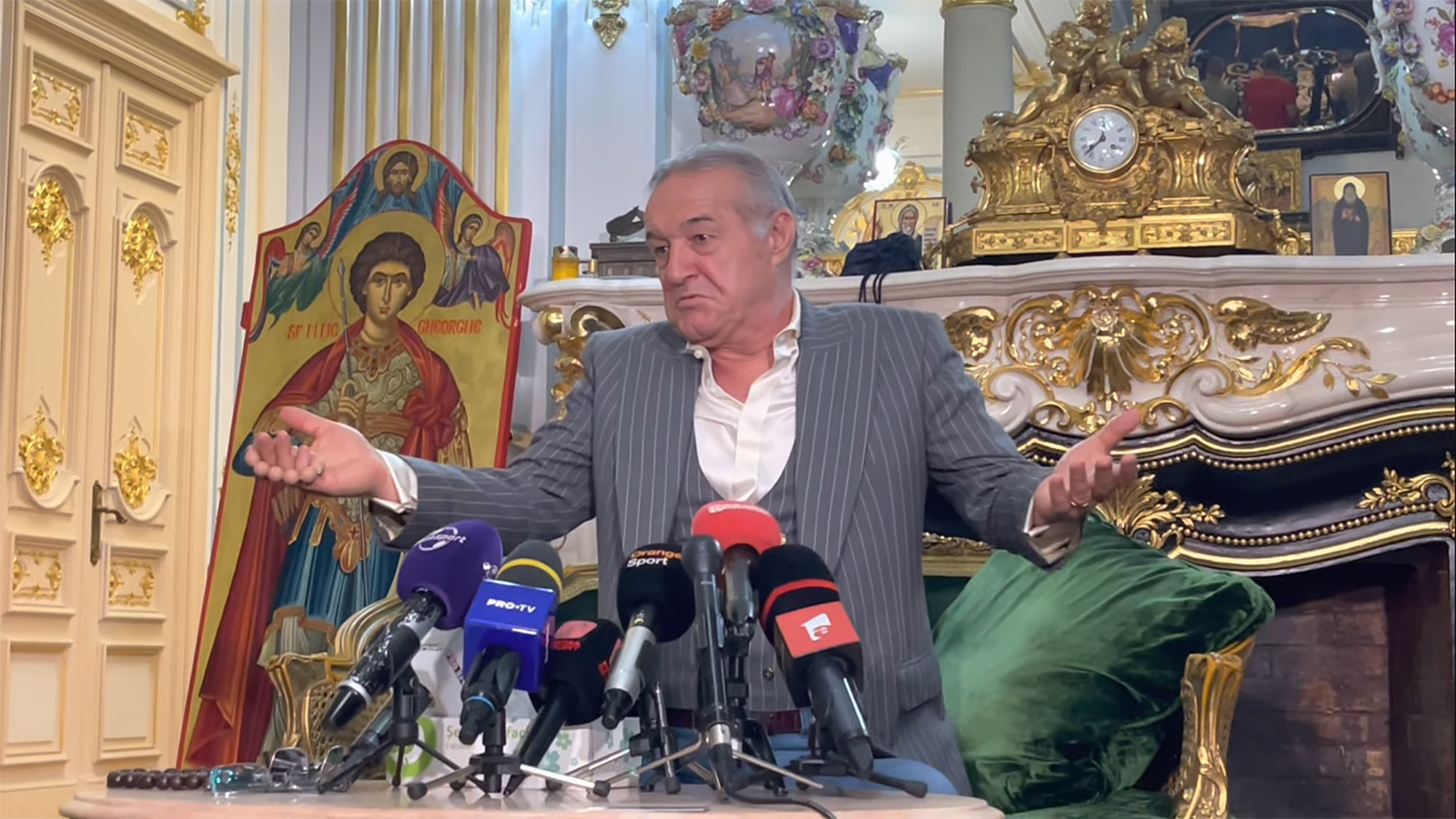 The Romanian millionaire owner of Romania’s prestigious Steaua Bucharest (FCSB) football club has vowed not to let his team be rolled over by their Transylvanian competitor, Sepsi OSK.

Ired by the recent success of Sepsi, owned and mostly staffed by ethnic Hungarians, George “Gigi” Becali vowed to hit back with significant investment in his own club, and bizarrely attacked Hungarian Prime Minister Viktor Orbán in a recent press conference.

“If Orbán dares to do something, I will hit him in the head. Smack, down with Sepsi,” Becali said in an interview recently published on YouTube.

The press conference was originally convened to announce the arrival of a new team manager at FCSB, but Becali, unnerved by their Transylvanian rivals winning both the Romanian Cup and the Supercup, vowed to invest more money in his team to prevent them from “rolling over FCSB.”

Hungarian Prime Minister Viktor Orbán, a former professional football player with a passion for the sport, is a strong supporter of Sepsi. He recently attended a Sepsi championship match on July 22 while in Transylvania to deliver a speech.

“We are holding Sepsi under the guillotine,” Becali said. “If I see that Sepsi is getting stronger, I will put in €10 million (into, presumably, his own team).”

Becali, 64, is both a former MP and MEP, and made his fortune in the 1990s with questionable real estate deals, some of which came under the investigation of the National Anti-Corruption Directorate.