In an uncharacteristically swift response, leaders of the European Union have approved the second sanctions package against Russia, European Council President Charles Michel announced at a press conference in the early hours of Friday.

As outlined by the heads of state and government in the text of the final declaration, an agreement was reached to hit Russia on the finance, energy and transport sectors, the dual-use sector, export control and export financing, visa policy, and to impose personal sanctions against a number of Russian individuals.

The proposed sanctions will be formally adopted by foreign ministers on Friday, with EU member states also expected to impose economic and targeted sanctions on Belarus, which has aided and abetted the Russian invasion of Ukraine.

“The European Council firmly believes that violence and coercion to change borders have no place in the 21st century,” Michel told reporters.

The heads of state and government have called on the European Commission to draw up contingency plans for the bloc’s energy supply, and reaffirmed their support for Ukraine’s independence, sovereignty and territorial integrity.

A number of European leaders have called for even tougher sanctions against Russia, and some have reportedly demanded that Ukraine be immediately granted EU candidate status. 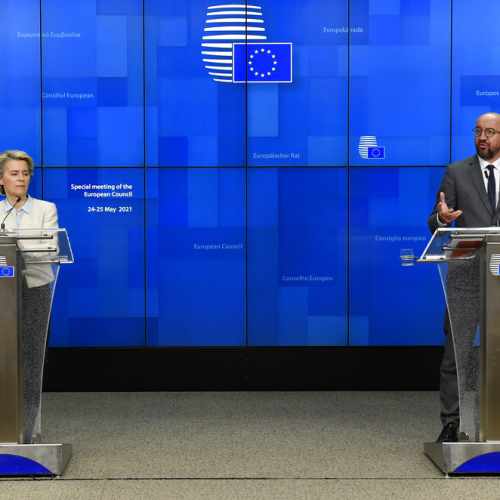