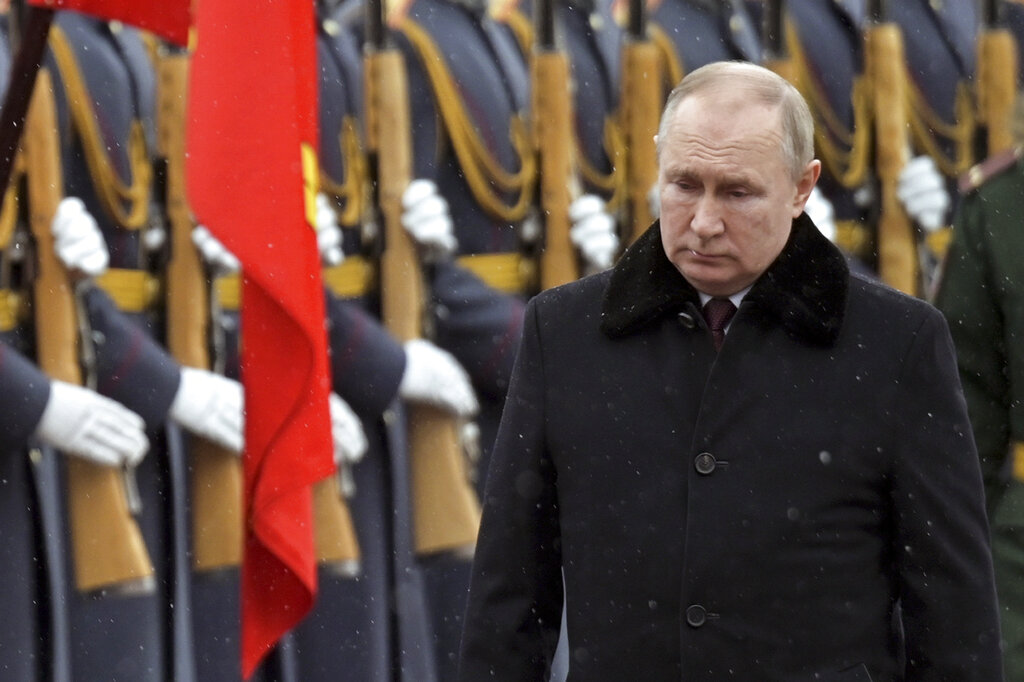 When I was watching Vladimir Putin’s address to the nation in which he humiliated and threatened Ukrainians, I was reminded of another politician who used a very similar rhetoric and had strived towards similar goals.

Slobodan Milosevic is a Serbian politician whose aggressive policy from the early 1990s had caused much suffering to the southern Slavic nations, including in my own Croatia and even among the Serbians themselves.

In his speech, Putin had announced that Ukraine basically did not exist as a state and it was only a “Bolshevik creation” made thanks to Lenin.

The politicians of Greater Serbia similarly denied Croatian statehood. They claimed that Croatia was nothing more than a historic falsification and that we were “Austrian vassals” who were liberated from under the Austro-Hungarian monarchy thanks to the Serbians.

Although Putin considered Ukrainians to be “comrades”, he believed that ever since they established their own state, they were being ruled by “nationalists” and “radicals” who had done everything to divide Ukrainians and Russians.

Milosevic and his supporters referred to the first Croatian President Franjo Tudjman and his party in a similar manner. They did that despite Tudjman being a former communist fighter in Tito’s underground army and most definitely did not have any “nationalistic” convictions.

This was an old trick of the Greater Serbia policy for whom any Croatian patriot was a “nationalist,” including those Croatian communists who simply wanted more Croatian autonomy within Yugoslavia.

Today, Putin claims that the Russians living in Ukraine are threatened and are the victims of persecution and that Russia must help them because they desire that.

Milosevic had spoken in exactly the same manner about “aiding” Serbian separatists who had “spontaneously” organized themselves on the territory of an independent Croatia. Belgrade had armed and helped the Serbians since the very beginning, using them for its political goals.

As I mentioned before, the Greater Serbia policy was always “inspired” by Russian imperialism.

It is, as Croatian conservative publicist Ivica Sola said, the same kind of “messianic mythomania” which characterizes both the Greater Serbia and the Greater Russia policies.