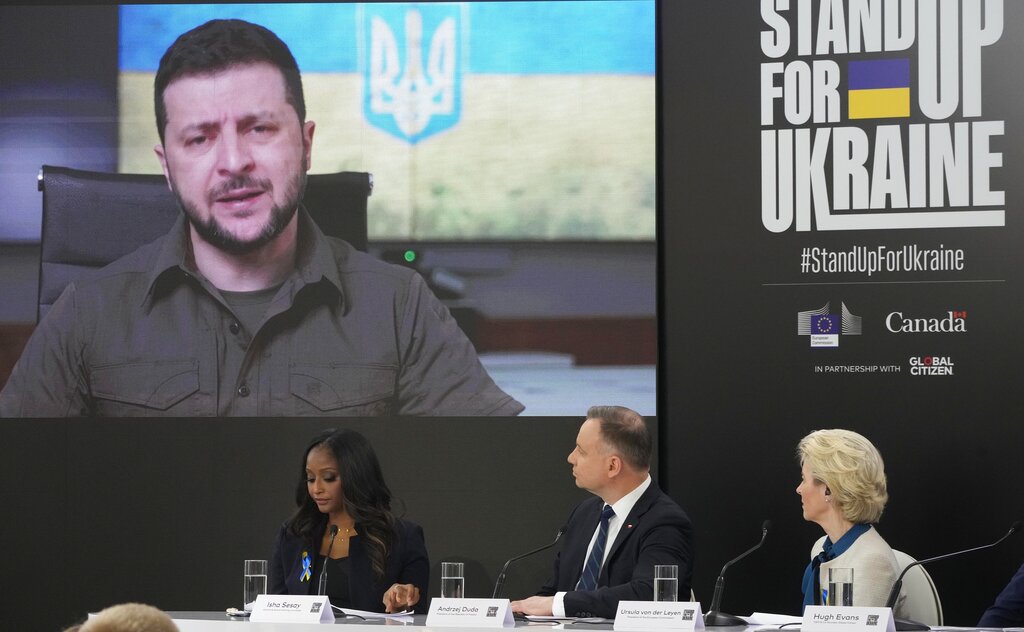 European Commission head Ursula von der Leyen, right, and Poland's President Andrzej Duda, center, watching Ukraine's President Volodymyr Zelensky on a screen at the main event of the "Stand Up for Ukraine" global fundraising campaign for Ukraine and its refugees, at the Palace on the Water, in Warsaw, Poland, on Saturday, April 9, 2022. (AP Photo/Czarek Sokolowski)

The European Commission is preparing a fresh aid package to Ukraine worth €8 billion, the German government told news agency Reuters.

One part of the package planned for Ukraine will reportedly include subsidies that do not have to be repaid, and the remaining part would consist of loans.

The planned aid would support the budget of the Ukrainian government, while military, humanitarian, and reconstruction aid would be financed from other sources.

The aid package, expected to be finalized in September, will be the second from the European Union: The first €8 billion package was proposed in May by the European Commission, largely following the scheme of the EU’s own coronavirus recovery package consisting of grants and loans.

Also in May, the G7 agreed on $9.5 billion of aid to Ukraine, mainly from the United States.

Ukrainian President Volodymyr Zelensky said earlier this week that his country was running a budget deficit of $5 billion a month. 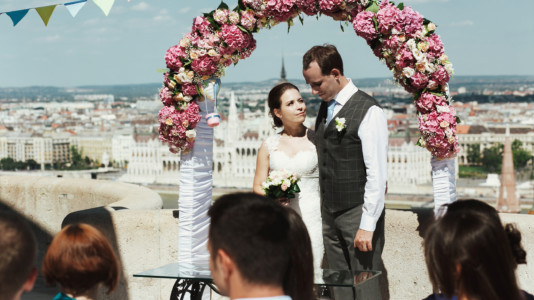