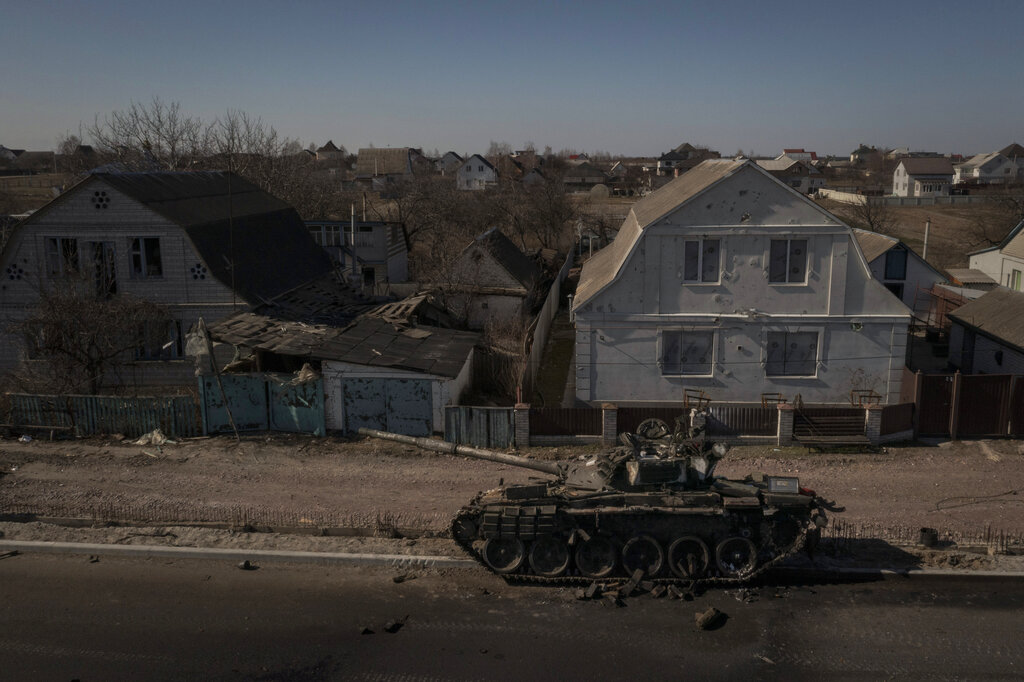 A destroyed tank is seen after battles between Ukrainian and Russian forces on a main road near Brovary, north of Kyiv, Ukraine, Thursday, March 10, 2022. (AP Photo/Felipe Dana)

Shevchenko added that the money will predominantly be used to finance the most important expenditures of the budget and to help maintain the balance of payments.

In a statement, the IMF explained the funds had been provided under the “Rapid Financing Instrument (RFI) to help [Ukraine] meet urgent financing needs and mitigate the economic impact of the war.”

Kristalina Georgieva, the managing director of the IMF, noted that the situation around Ukraine and the sanctions imposed on Russia would have “side effects” and “long-term consequences” that will mainly concern the neighboring countries of Ukraine and Russia but will also affect commodity prices.

As for Russia, Georgieva said the IMF does not yet have an accurate estimate of how much its economy will shrink under the burden of economic sanctions from the West, but a recession seems very likely. Analysts, however, have recently estimated that Russian GDP will shrink by at least 8 percent this year as a result of the sanctions.