In order to show a united anti-Russian front, Western politicians are allowing Zelensky’s government plenty of room to crush minority rights inside his own country 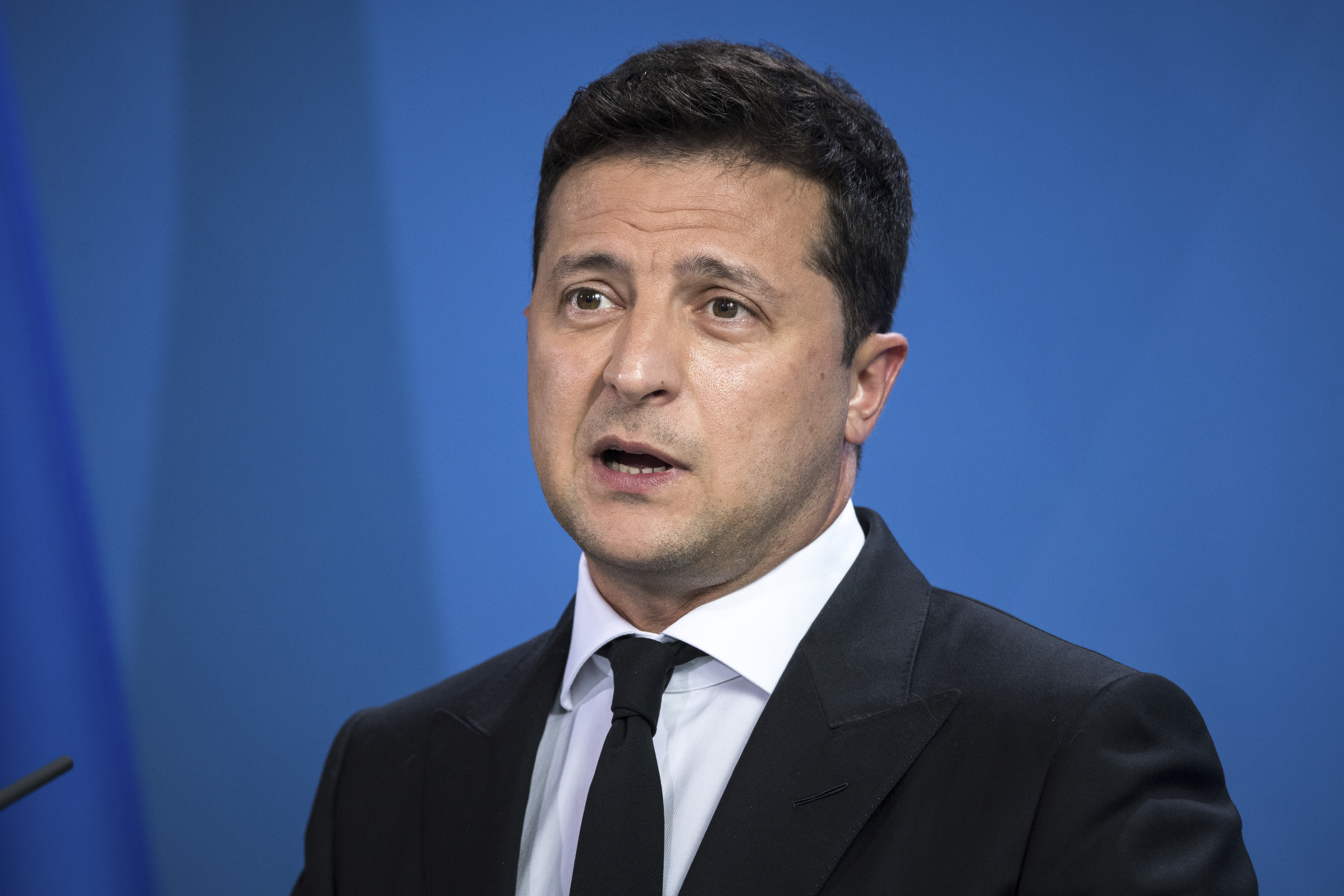 Ukrainian President Volodymyr Zelensky and German Chancellor Angela Merkel, not pictured, give statements ahead of talks at the Chancellery in Berlin, Monday, July 12, 2021. (Stefanie Loos/Pool Photo via AP)

In recent months, the saber-rattling on the Ukrainian-Russian border has succeeded in diverting attention from an entirely different internal conflict, namely the war the government of Volodymyr Zelensky is waging against his own indigenous ethnic minorities living within the country. On Monday, another law has taken effect, which prohibits the printing of newspapers and media products solely in the language of minorities. Instead, from now on, they are supposed to be printed in Ukrainian, or bilingually, meaning that the entire content published in minority languages must be included in Ukrainian as well.

Smaller publications, distributed only locally, have been given extra time until July 2024 to comply with the law, but the new legislation remains a brazen attempt to violate indigenous minorities’ right to speak and study and in their own languages, and nurture their own culture. According to media reports, the Ukrainian government only intends to enforce the law against Russian publications, as the authorities continue to view the Russian minority living in Ukraine as the enemy within. But once in place, nothing can prevent the Ukrainian government from forcing, for instance, Polish or Hungarian newspapers to stop publishing in the native languages of their readers.

Despite the fact that the laws mandate teaching in Ukrainian in minority school from a certain grade, or ban the use of minority languages in cultural events or in official use, there was very little protest coming from neighboring countries whose ethnic or cultural “relatives'” rights are being violated. There were next to no protests from Poland, despite the fact that the Polish community in Ukraine numbers around 150,000, and no protest from Slovakia or Romania either.

This silence comes despite the fact that in a recent article published in the Hungarian Magyar Nemzet, representatives of Romanian minorities in Ukraine have complained about being abandoned by the Romanian government. Radu Emanoil Petrescu, school superintendent in Ciude, called the situation desperate, as from the new school term, they will also be forced to start teaching in line with the recently introduced legislation, according to which there is no teaching in their native languages from fifth grade. He expressed his fear that this will result in a dramatic acceleration of the Romanian minority’s assimilation.

In contrast, when prominent Polish political scientist, Grzegorz Kuczynski from the Warsaw Institute, was asked whether the Polish minority could be viewed as a hostage of the Polish-Ukrainian alliance against an aggressive Russian, he flatly denied it. The only government recognizing the Ukrainian language laws as detrimental to fundamental human rights is the Hungarian government, which is consistently putting pressure on the Zelensky government to recognize minority rights in Ukraine.

However, its efforts will continue to have limited success while the EU and NATO give the Ukrainian government carte blanche, allow the country to trample on minority rights, and given it free rein to intimidate those who protest against these violations. European and U.S. politicians are evidently willing to allow the Zelensky government and ultra-nationalist circles around him to force assimilation on ethnic communities as long as the country plays its role as a highly militarized buffer zone between a resurgent Russia and the West.

Whether as a result of this, or out of sheer ignorance, they continue to be bamboozled by Zelensky’s declared anti-corruption drive, which has incidentally been a goal contained in virtually every election manifesto of every Ukrainian candidate for leadership since the fall of the Soviet Union. In terms of ongoing corruption, woefully little has changed in the past 30 years, let alone since the 2014 “Maidan” that overturned the pro-Russian government of Viktor Yanukovych.

In a letter published last year by U.S. Embassy Kiev Chargé d’Affaires Kristina Kvien, the U.S. diplomat praises President Volodymyr Zelensky’s achievements in his fight against corruption, and pays homage to the 2014 Maidan. Yet, at the same time, she seems to be completely oblivious to the serious human rights violations tolerated or generated by the Ukrainian government against ethnic minorities, notwithstanding the experience of Russian-speaking citizens, especially affected by the language laws.

Kvien states that “President Zelenskyy has recently committed to broad judicial reform, which would make an enormously positive impact on rule of law, and bring Ukraine in line with European norms.”

Those Ukrainian citizens, who were used to reading their local papers in Russian, Polish, Romanian, or Hungarian even during the dark times of Soviet Communism, and will now receive the first copies in Ukrainian, will find little solace in Kvien’s optimism and reassurance that the country is aligning itself with “European norms.” History will no doubt tell whether forced assimilation and nationalist intimidation of large swaths of the population was the way forward to building loyalty within the ranks of ethnic minorities. Yet, it is the duty of the EU’s current leadership to explain to the Zelensky government that this approach is certainly not the correct way to join the community of European democracies, even though many of them are still turning a blind eye to such policies for the sake of a united front against Russia.