Number of migrants reaching UK by sea doubled this year 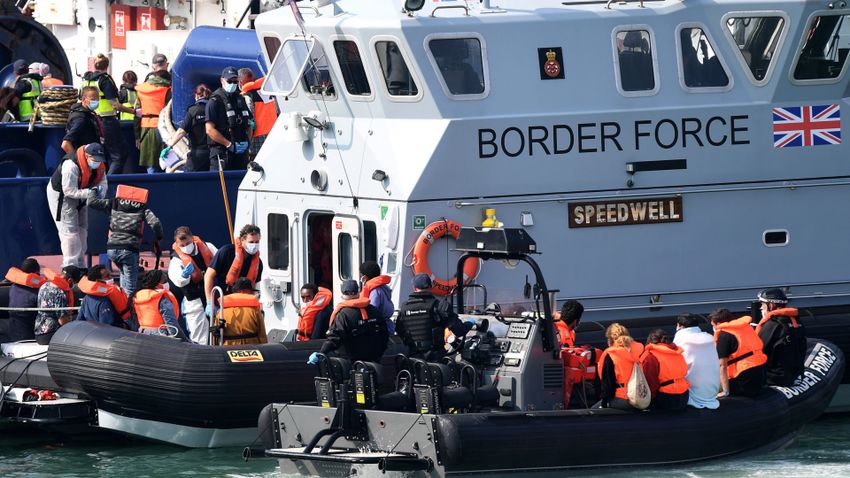 The number of immigrants trying to get to England from France through the English Channel has more than doubled this year, with the figure exceeding 23,000 this year, with around only 8,400 crossings registered in 2020. And in the years before the pandemic, even fewer people boarded boats.

Additionally, Thursday also saw 1,185 people cross the canal to reach the English coast, setting a new record for the number of crossings measured in a single day.

The previous peak was measured on Nov. 3, when a total of 853 people crossed the shipping route.

In previous years, with the arrival of autumn, the number of arrivals on the English Channel has fallen significantly, but this year this has not happened, partly due to the mild weather. On the other hand, rising figures show that immigrants believe the sea route to the UK has a high chance of success, while the British government’s position is that crossing the Channel is life-threatening, not to mention unnecessary once immigrants have reached a safe European country such as France.

“British society is fed up with people dying on the channel while ruthless criminal gangs profit from their misery. Our new asylum law will repair the damaged system that encourages migrants on this deadly journey,” a Home Office spokesman said.

London has previously envisaged a drastic overhaul of its asylum system, and their bill is currently awaiting approval by the lower house of parliament.

If MPs approve the bill, the country would automatically reject asylum applications from immigrants who have arrived from a safe country under the new law. Instead of the previous six months, those entering the UK illegally could face up to four years in prison. And penalties would be even tougher against human traffickers, which would allowed traffickers to be sentenced to life imprisonment instead of the maximum of 14 years previously imposed.

However, British Home Secretary Priti Patel has repeatedly stated that asylum seekers who flee persecution or violence from their home country, such as Iran or Syria, and choose a legal solution to enter the UK will be entitled to remain in the country indefinitely.

“The UK welcomes everyone who comes to the country in a safe and legal way, but we need to prevent abuse of the system,” Patel said.

The migrant crisis in the English Channel is causing serious diplomatic strife between France and the UK: London accuses Paris of failing to stop illegal crossings while France retorts it has not received the necessary financial support. The two neighboring countries had already agreed in July that the United Kingdom would provide nearly €63 million for French border protection, but the first batch was only transferred in early November.