VIDEO: Biden confuses Ukraine with Iran during State of the Union address

“Putin may circle Kyiv with tanks, but he’ll never gain the hearts and souls of the ‘Iranian’ people,” Biden said, making no attempt to correct himself 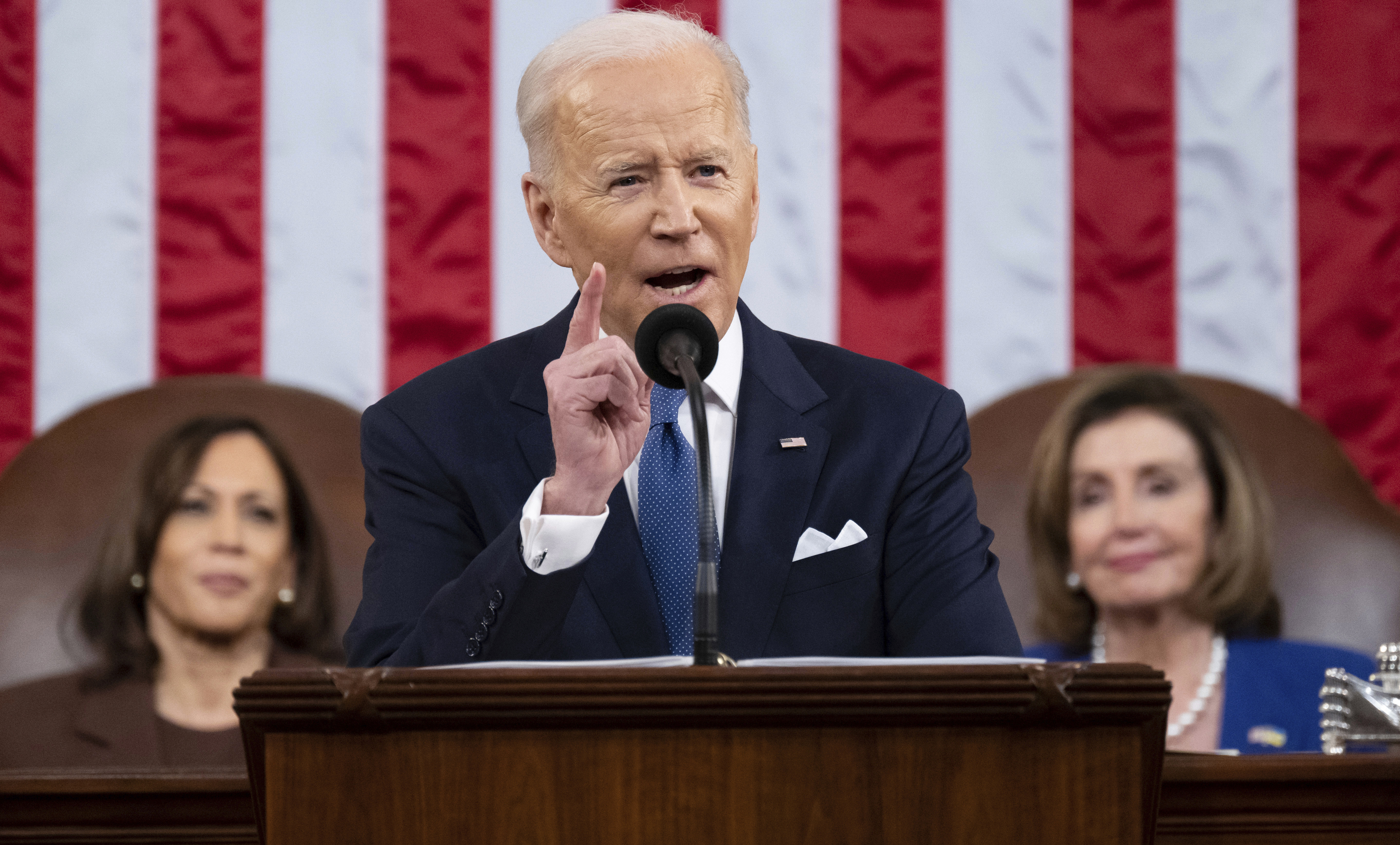 President Joe Biden delivers his first State of the Union address to a joint session of Congress at the Capitol, as Vice President Kamala Harris and House Speaker Nancy Pelosi of Calif., watch, Tuesday, March 1, 2022, in Washington. Biden has a new plan to expand mental health and drug abuse treatment. He proposes pouring hundreds of millions of taxpayer dollars into suicide prevention, mental health services for youth, and community clinics providing 24/7 access to people in crisis. (Saul Loeb/Pool via AP)

U.S. President Joe Biden told his Russian counterpart Vladimir Putin that he would never win over the “Iranian” people with his invasion of Ukraine, as he confused Ukraine with the Central Asian nation during his State of the Union address in the latest of an increasingly long line of unfortunate gaffes by the American leader.

The 79-year-old, who is the oldest person to have been elected to the White House, was updating his nation on the Russian invasion of its neighbor, Ukraine, a conflict now into its eighth day of fighting.

“Putin may circle Kyiv with tanks, but he’ll never gain the hearts and souls of the ‘Iranian’ people,” Biden said, making no attempt to correct himself.

His deputy, Kamala Harris can be seen in the background mouthing the word “Ukrainian” following the gaffe, while the Speaker of the U.S. House of Representatives Nancy Pelosi remained straight-faced.

The error led to a wave of ridicule and criticism on social media and within the conservative-leaning press.

Biden also made other gaffes during his speech, saying, “We won’t stop because you can’t build up a wall high enough to keep out uhh…a, uhh…a vaccine.”

Throughout his term in office, questions have repeatedly been raised about Joe Biden’s competence and ability to lead after a litany of mistakes.

Since his inauguration in January of last year, the U.S. President has referred to his deputy, Kamala Harris, as “President Harris;” he has forgotten the name of his Secretary of Defense Lloyd Austin, as well as the Australian Prime Minister Scott Morrison, who he referred to during a press conference as “that fella down under.” He has fallen up the stairs of Air Force One on multiple occasions, and referred to Syria as Libya no less than three times in the same speech.

Furthermore, Biden was criticized in January of this year after calling Fox News reporter Peter Doocy a “stupid son of a bitch,” and has made several incoherent statements during speeches and in responses to reporters that many have struggled to understand.

In September of last year, Sky News Australia’s Rita Panahi questioned how Mr. Biden was able to dress himself in the morning following a bumbling statement to journalists; Panahi offered to write a check to anyone who could decipher what the U.S. president was trying to say.

Prior to that, in August, Mr. Biden was slammed by veterans and the families of fallen soldiers in Afghanistan for repeatedly checking his watch while coffins of U.S. military personnel were lifted off an aircraft.

Biden was also slammed by media for appearing to smirk in response to a question about the steps his administration planned to take to assist trapped U.S. citizens in Afghanistan following the United States’ catastrophic withdrawal from the country.