Thirty years after the Velvet Revolution. 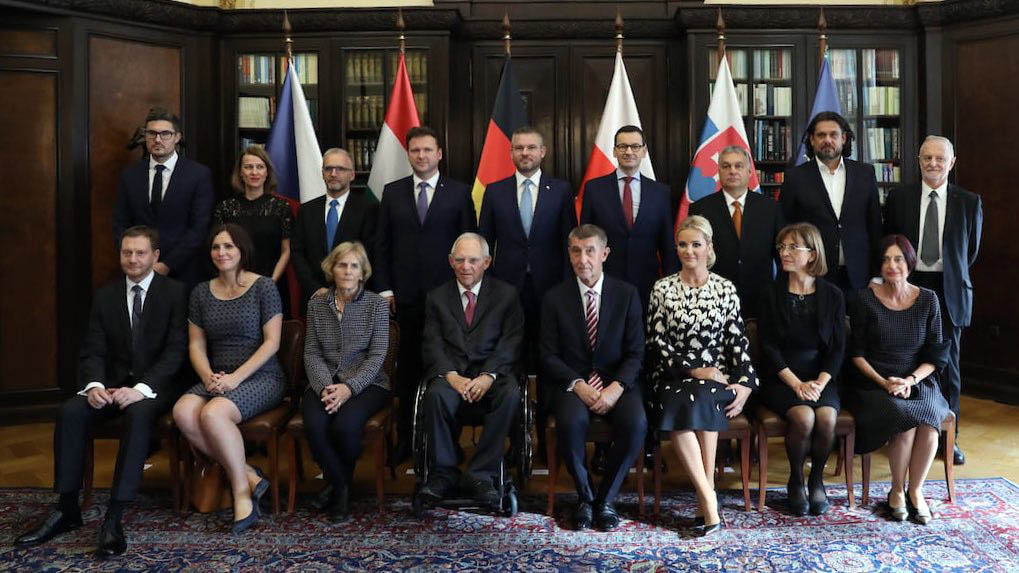 Morawiecki underlined that “it was 30 years ago today when the walls fell and the communist regimes were taken over by a wave of optimism in Europe.”

Huge crowds were seen in cities across Eastern Europe to commemorate the end of communism.

Morawiecki emphasized the role of the “10 million strong” from the Solidarity movement in Poland, which led to the first partially free elections in Poland in June 1989.

“Poland was the first crack in the wall, which led to the next in Hungary, the German Democratic Republic and Czechoslovakia,” he said.

The prime minister explained how brave Czech and Slovakian dissidents cooperated with Solidarity and secretly met with their Polish allies on the Polish border and in Wrocław.

“They were all united and convinced that cooperation between the nations of Central Europe is necessary,” Morawiecki emphasized.

He also talked of the Czech and Slovakian independent culture festival in Wrocław in November 1989, just before the Velvet Revolution. Many Poles had invited thousands of Czechs and Slovaks to their homes, which demonstrated that Polish-Czechoslovakian solidarity went beyond merely “oppositional-dissident boundaries”.

The Polish prime minister pointed out that it was not accidental that several of those who were a part of the Polish-Czechoslovakian Solidarity movement also participated in establishing the Visegrad Four.

“Today we stand together as key partners in terms of regional cooperation, also as part of the Three Seas Initiative or the Bucharest Nine,” he said, adding that 2019 was also a year of many anniversaries for Poland, such as the 20th anniversary of NATO membership and 15th anniversary of EU membership.

Morawiecki underlined, however, that the most important anniversary was that of the Velvet Revolution, saying, “In 1989, our dreams of freedom and democracy were fulfilled.”

The statesman believed that the history of Poland, Czechia and other countries of the region was a history of “success” and that it “inspired other nations to fight for what we have since 1989.”