Bloodbath at Kabul Airport: 70 dead, including 13 US troops; 150 wounded in ISIS bombings

At least 70 people, including a dozen U.S. service members, were killed on Thursday when Islamic State militants detonated two bombs that ripped through crowds outside of the American-controlled airport in Kabul, Pentagon officials said. 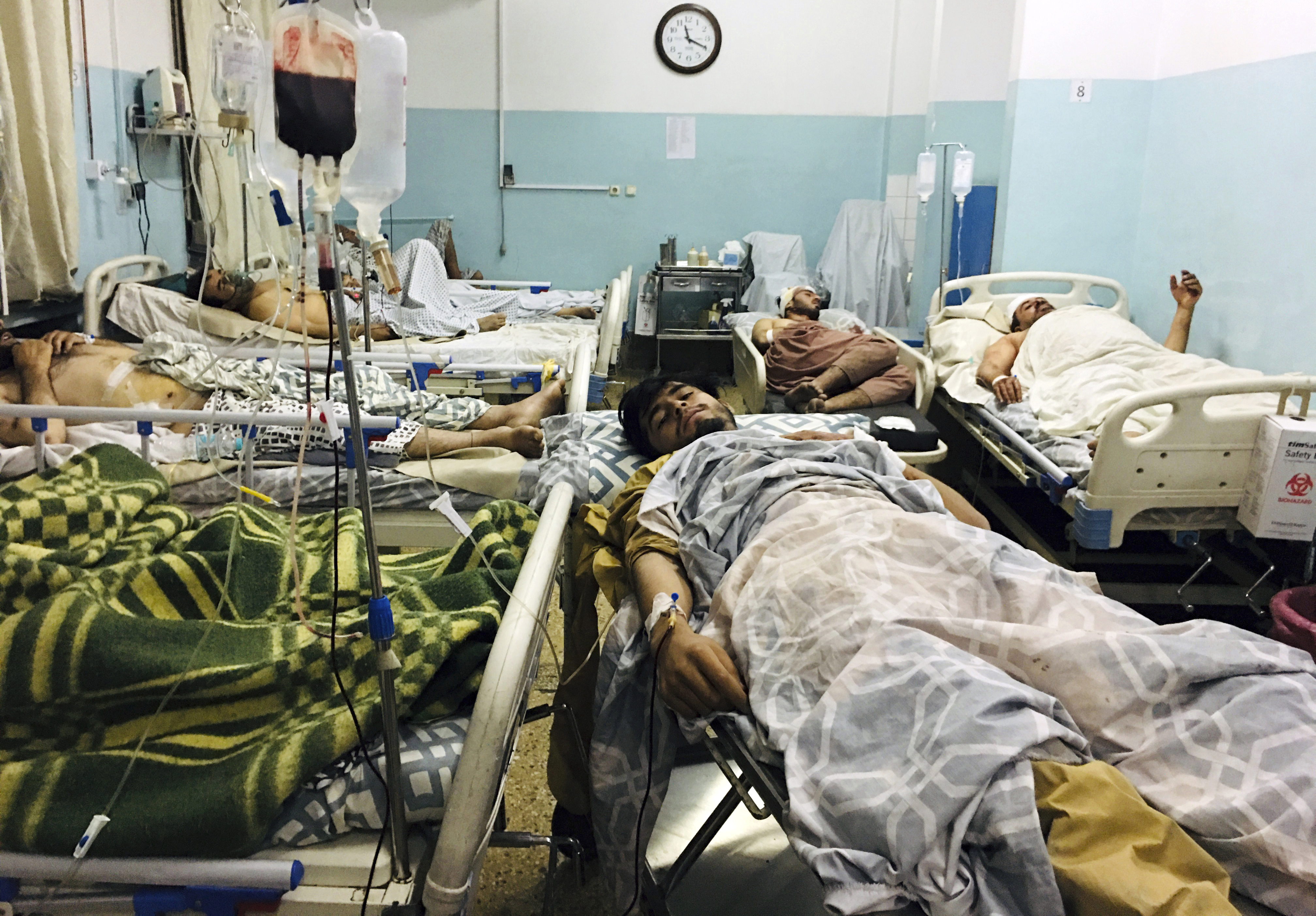 Wounded Afghans lie on a bed at a hospital after a deadly explosion outside the airport in Kabul, Afghanistan, Thursday, Aug. 26, 2021. Two suicide bombers and gunmen attacked crowds of Afghans flocking to Kabul's airport Thursday, transforming a scene of desperation into one of horror in the waning days of an airlift for those fleeing the Taliban takeover. (AP Photo/Mohammad Asif Khan)

At least 70 people, including a 13 U.S. service members, were killed on Thursday when Islamic State militants detonated two bombs that ripped through crowds outside of the American-controlled airport in Kabul, Pentagon officials said.

The massive evacuation effort led by the U.S. and NATO allies, which has seen tens of thousands of people attempting to leave the country in recent days, was brought to a screeching halt at around 5 p.m. local time when an Islamic State militant wearing a suicide vest blew himself up at the airport’s Abbey Gate, the Associated Press reports.

According to Pentagon spokesman John Kirby, the suicide bombing was followed by a small arms assault carried out by Islamic State militants. Sometime after the initial attack, a second suicide bombing took place outside of the Baron Hotel, where many Westerners and Afghans had been gathered in recent days before heading to the airport for evacuation.

At least 70 people are reported to have died during the attacks, with 150 more suffering injuries. Among the casualties were 10 U.S. Marines, two Army soldiers, and one Navy medic, and dozens of Afghan citizens. Another 18 U.S. officials were injured in the bombing.

The attacks, which Islamic State militants have taken responsibility for, are the deadliest U.S. casualty event to take place in Afghanistan since 2011 and comes just days before the Aug. 31 withdrawal deadline.

Despite facing pressure from his Western European allies to extend the deadline, U.S. President Joe Biden has ordered all American troops in the country to be evacuated by the end of the month to comply with the withdrawal agreement negotiated by former President Donald Trump and the Taliban.

The deadly attacks come after a warning that was issued over the weekend by US National security adviser, Jake Sullivan, who spoke of the presence of an “acute” and “persistent” threat to the evacuations underway from the Kabul airport.

The warning was reiterated late Wednesday night and Thursday morning – just hours before the attack – by U.S. and British officials, who advised people to avoid the Kabul Airport over an “imminent attack” threat.

“Because of security threats outside the gates of Kabul airport, we are advising U.S. citizens to avoid traveling to the airport and to avoid airport gates at this time unless you receive individual instructions from a U.S. government representative to do so,” the security alert read.

“U.S. citizens who are at the Abbey Gate, East Gate, or North Gate now should leave immediately.”

British Armed Forces minister James Heappey said: “There is now very, very credible reporting of an imminent attack, and hence why the Foreign Office advice was changed last night, that people should not come to Kabul Airport, they should move to a safe place and await further instructions.”

Hungary, Poland, the Czech Republic, Denmark, and Belgium have already completed their evacuations.