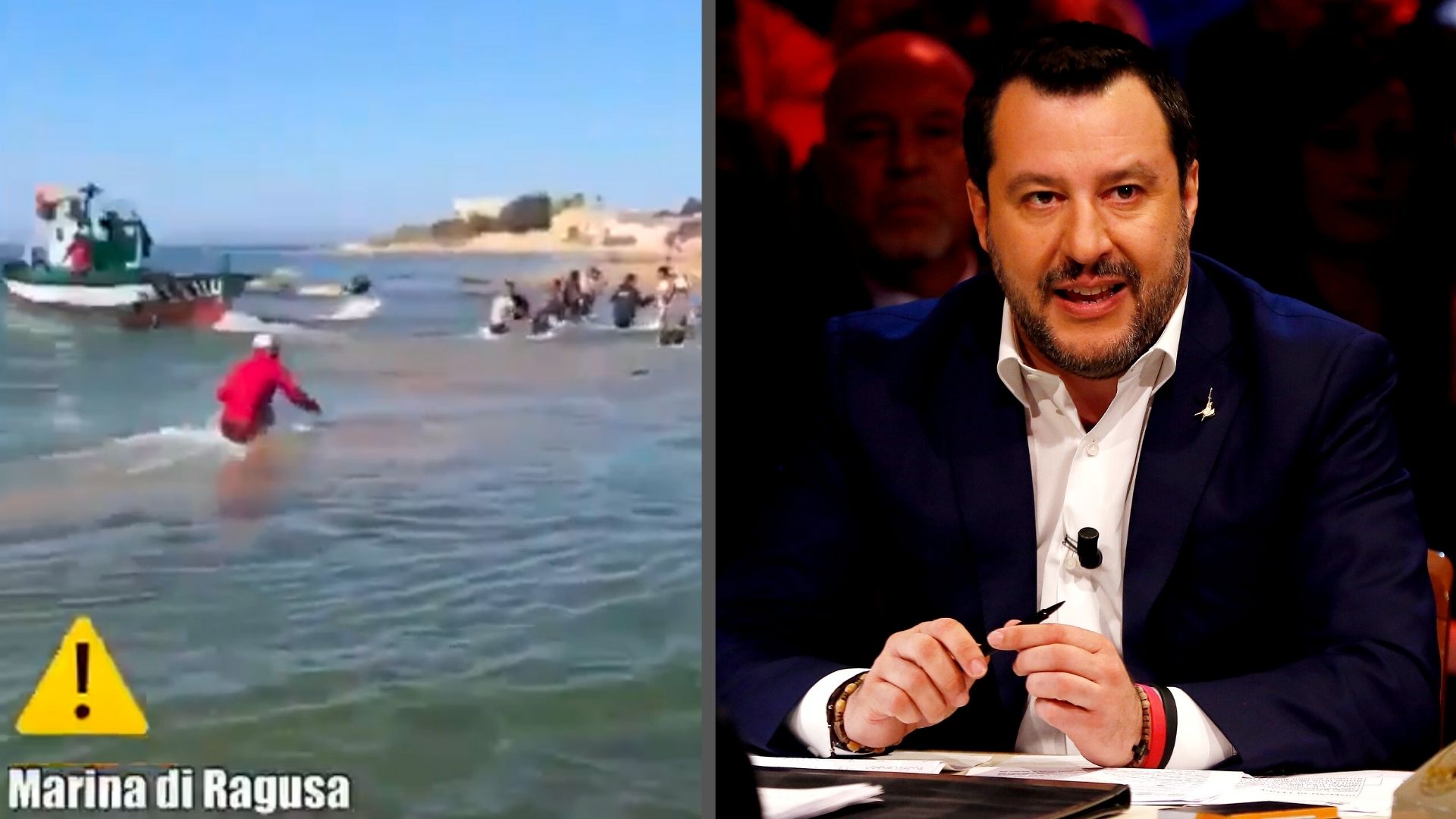 Last Wednesday, the Italian government reported a dramatic increase of approximately 11,000 migrants arriving at the Italian coast in just one week, especially on the island of Lampedusa.

According Le Figaro daily, the Italian Interior Ministry announced in a statement that the health and economic crisis linked to the coronavirus “generates an exceptional influx of economic migrants, with many of them landing on the tourist island of Lampedusa, in close proximity to vacationers.”

“The individual landings at the Italian coasts have more than multiplied in a very short time,” noted the ministry, referring to the small boats which cross the Mediterranean from the coasts of North Africa without being intercepted.

League party leader Matteo Salvini, a vocal critic of the left-wing Italian government’s immigration policy under Prime Minister Giuseppe Conte, has raised the alarm over the lack of policies or solutions for combating a migrant crisis that appears to be spiraling out of control.

In order to highlight an increasingly common occurrence on the shores of Italy, Salvini posted a video to social media showing a gorup of migrants storming a beach last week, writing, “This morning at 9 a.m., Marina di Ragusa beach. No words. This is a government of accomplices.”

Nearly half of the roughly 11,000 migrants who landed in Italy last week had arrived from Tunisia, with most of them actually Tunisian citizens, according to official figures. Most of the other migrants have embarked on their journey from Libya.

Salvini previously warned that 20,000 migrants in Libya were planning to for Italy. He also lamented that Italian forces were doing little to stop migrant boats coming from Tunisia despite Tunisian forces seizing Italian fishing boats.

On Wednesday, the Italian coastguard also announced that it had rescued a hundred migrants on a deflating dinghy off the Libya coast, as no other competent authority wanted to intervene.

The current left-wing Italian government, which reversed Salvini’s strict policy of blocking NGO migrant rescue ships from docking in the country and recently granted amnesty to 600,000 illegal migrants, is now begging the EU to intervene and take the migrants.

“The EU must take over this issue immediately” and accept the new incomers, “especially because of the current health situation,” Italian Foreign Minister Luigi Di Maio wrote on Facebook.

More than 300 people, mainly Tunisians on 13 boats, arrived in Lampedusa on the night from Tuesday to Wednesday, bringing the number in the immigrant reception center to more than 1,000, although the capacity of the facility is only 95 people.

Even though repatriation flights to Tunisia resumed on July 16, only 80 Tunisian citizens have returned so far, the Foreign Ministry said on Wednesday, adding that it intended “to increase the number of weekly returns.”