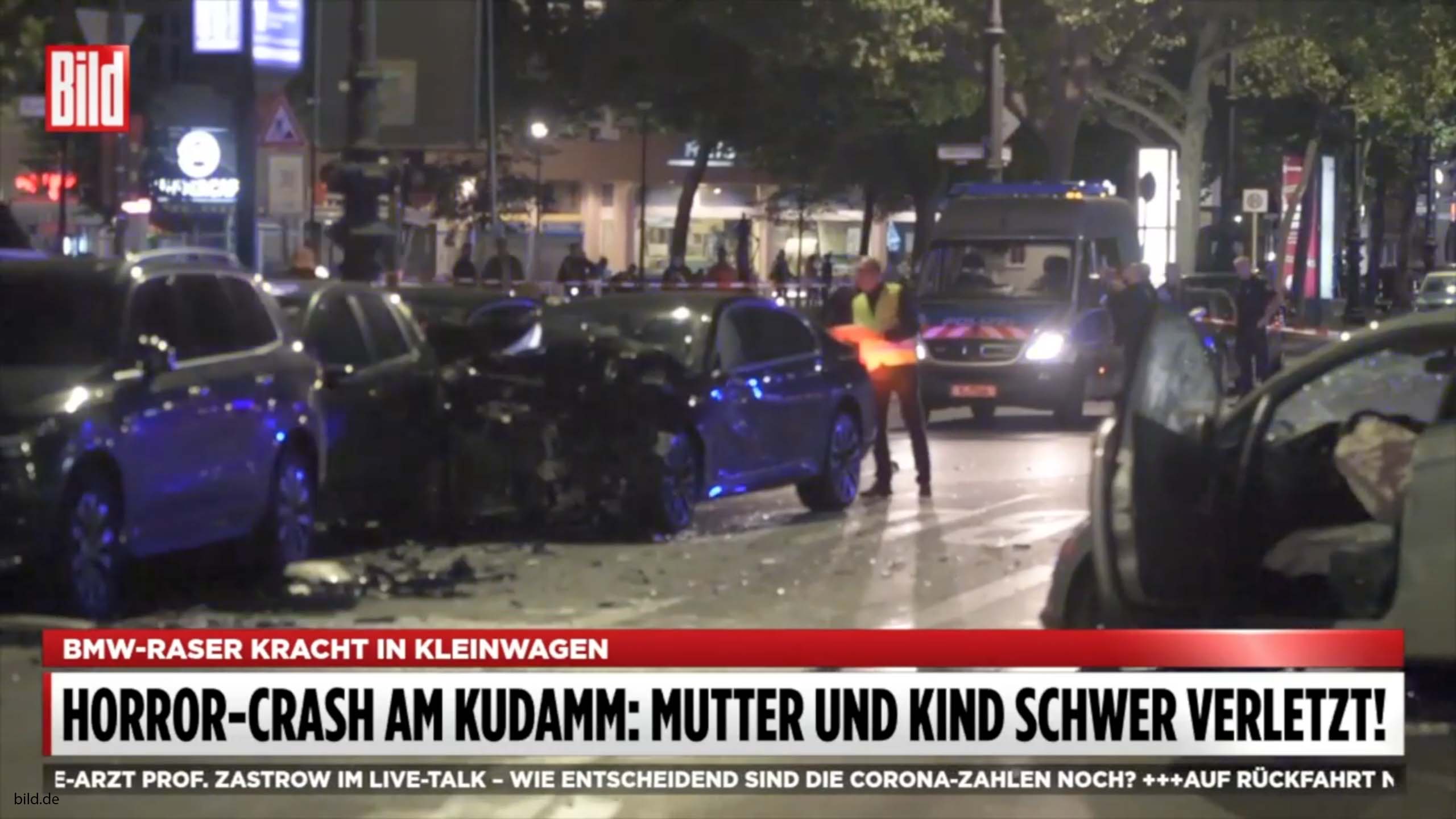 According to information gathered by the German tabloid Bild, on Tuesday evening in Berlin, a BMW crashed into a small Ford waiting to turn onto a street near an Italian restaurant on the city’s famous Kurfurstendamm.

The Ford was thrown 30 meters away from where the crash happened.

Agnieszka T. (45) and her daughter (17), who were in the Ford during the incident, were found in critical condition after the crash. All of the occupants of the BMW fled.

While the daughter was saved by witnesses at the restaurant, the mother was trapped, and the fire brigade was needed to get her out of the ruined vehicle. Agnieszka T. had to be resuscitated on site.

Police have confirmed that both women were hospitalized and currently have life-threatening injuries. Police officers also stated that witnesses claim the crash was the result of an illegal race on Berlin’s streets between the BMW and two other cars.

This recent incident was the latest of Berlin’s worrying trend of increasing illegal car races down the Kurfurstendamm, a 3.5-kilometer-long street on which some of Berlin’s most luxurious shops and restaurants can be found.

It also among the most popular illegal racing tracks in the city, and the capital’s authorities have tightened controls to prevent illegal racing in the last few years.

One of the main reasons for the imposition of new restrictions was a fatal car crash in 2016, which left a 69-year-old man dead because of illegal racing. The drivers were sentenced for murder.

The Berlin police have so far conducted 1,500 unique investigations into illegal car racing since 2017.