Christianity is under attack from Western Europe, Hungarian FM says at the Vatican 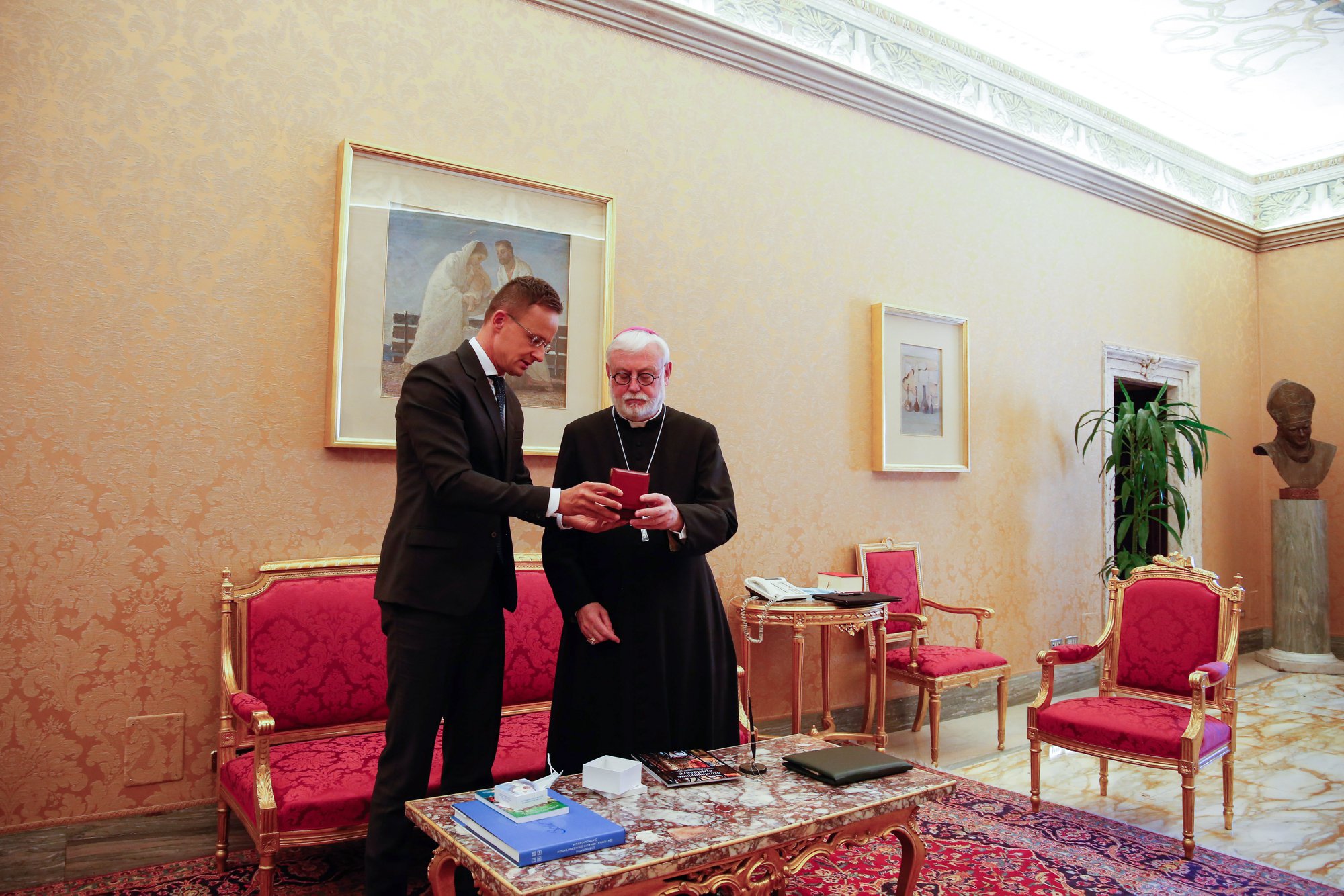 Christian Europe has come under attack from the most unexpected corner, Western Europe, Hungarian Minister of Foreign Affairs and Trade Péter Szijjártó said after meeting Archbishop Paul Gallagher, the Holy See’s Secretary for Relations with States.

“We have been subjected to attacks from where we didn’t expect any, meaning Western Europe, where Christian values are being questioned and they want to erase the Christian identity, roots and traditions of Europe,” Szijjártó said. He added that Christianity is the most persecuted religion in the world, with more than 250 million Christians subjected daily to violence and persecution; in the past few years, 10,000 Christian churches have been the target of various attacks.

Szijjártó said that the central topic of the meeting was the fight against the intensifying persecution of Christians around the world. He noted that in the past few years, it has become a regular practice for Hungary to meet with the head of Vatican diplomacy.

“Hungary has a Christian statehood of a thousand years, and we cannot allow the recurring attacks against Christianity to prevail over Christian values,” Szijjártó said. He mentioned that Hungary had sent emergency aid to the Lebanese Maronite Church after last month’s devastating explosion in Beirut and that in the past school year, Hungarian universities enrolled some 200 Christian students from countries where they are subjected to discrimination.

“The European funds belong to us, they are not donations,” Szijjártó said. “Hungary fulfills all of its EU obligations, and according to the European treaties, these funds are also our money. We will not allow any blackmail.”

Szijjártó additionally told Gallagher that Hungary is ready to host the 52nd Eucharistic Congress, which was originally scheduled for September 5-12 this year but had to be moved to 2021 due to the coronavirus pandemic.