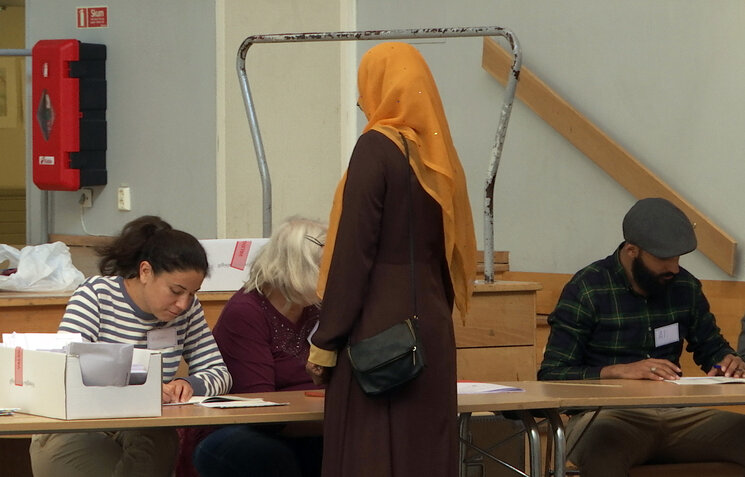 A new Islamic party to run in Sweden’s parliamentary elections

An emerging party in Sweden, know as Nuance (Nyans), which appeals to Turkish and other domestic Islamic communities, seeks to gain the required 4 percent vote needed for representation in Sweden’s parliament.

Nuance leader Mikail Yüksel announced (in front of his 200 supporters on TikTok) that the party had already displayed campaign posters in Turkey, and is preparing to run in the 2022 Swedish parliamentary elections.

Nuance itself is not an entirely new party. It was originally founded by Yüksel in 2019 following his expulsion from the Centre Party, due to associations with the Turkish ultranationalist movement known as the Gray Wolves. In an interview with the Daily Sabah, the politician claimed that he was forced out for refusing to speak against Turkey and its authoritarian president, Recep Tayyip Erdogan. Before his expulsion, Yüksel was set to be the number one party candidate in European Parliamentary elections.

On the Nuance website, the party claims that it represents all Swedes, regardless of their religion. Their campaign areas focus on education, the pension system, migration, integration, and religion.

The current wave of populism and xenophobia in Europe, according to the party, has led to a situation where “liberals are no longer liberals and socialists are no longer socialists.” The pro-Islamic party wants to give Muslims and people from Africa the status of an official minority, and also seeks state punishment of Islamophobia.

However, according to critics, Nuance presents Muslims as a monolithic group, which is far from reality in Sweden. Most Muslims in the Nordic country are not even members of religious organizations, and historically vote across the spectrum of political parties.

“Our goal is not to make Sweden a second France,” Yüksel said. In foreign policy, Nuance is pro-Palestinian but condemns anti-Semitism. It views the European Union positively but rejects the adoption of the euro. Magnus Norell, researcher at the Washington Institute, associates Nuance with small European parties that enjoy the preferential treatment of Turkish ruler Erdoğan.

Four years previously, on Albanian television, Yüksel revealed his intentions to support European parties that share an ideology parallel to the Justice and Development Party (AKP). At the time, he also stated that his support of political parties in the Balkans shouldn’t be of concern to his domestic interests. In addition to political parties, he also supports various non-profit organizations, including imams operating in European mosques.

Yüksel came to Sweden in 2001, making a living as a dishwasher. He became involved in politics during his studies and then joined the previously mentioned Centre Party.

An Islamic Party was previously formed in Sweden under the name Jasin, which sought strict adherence to Sharia law. While this party failed politically, Nuance can be viewed as a second attempt (only with a more liberal facade). There is considerable potential for Nuance to succeed, as over 800,000 Muslims currently live in Sweden (about 8 percent of the population). Of this total, roughly 50,000 originate from Turkey.

Title image: A woman arrives to cast her vote in Stockholm, Sweden, Sunday Sept. 9, 2018. Polls opened in Sweden’s general election, expected to be one of the most unpredictable and thrilling political races in for decades for the Scandinavian country, amid a heated discussion around immigration. (AP Photo/Pietro De Cristofaro)